Food trucks free to set up in 5 city parks

A pilot project has cleared the way to allowing food trucks to operate in five city parks until the fall. 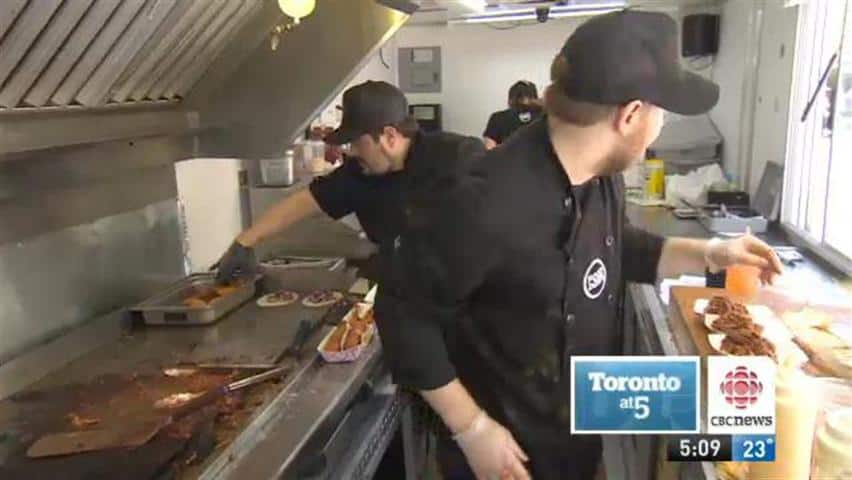 In a step toward clearing red tape that restricts where they can operate, the city of Toronto will allow food trucks to do business in five city parks in a pilot project that continues through to fall.

Coun. Mary-Margaret McMahon says she's been frustrated by the city's unwillingness to loosen restrictions on where the trucks can operate.

"It's highly frustrating, I've been to Vancouver I've seen the trucks work out there side-by-side with restaurants," she said. "Every other city is doing it, why aren't we?"

Kevin Fraser, who owns Hogtown Smoke, called the pilot project "a step in the right direction."

Click on the video link above to view Steven Bull's story.

Food trucks will be allowed to operate at the following five parks:

Some of the participating truck vendors include: