The city and the union representing Toronto's fighters are at odds over proposed budget cuts that would elminate four trucks and more than 80 positions. 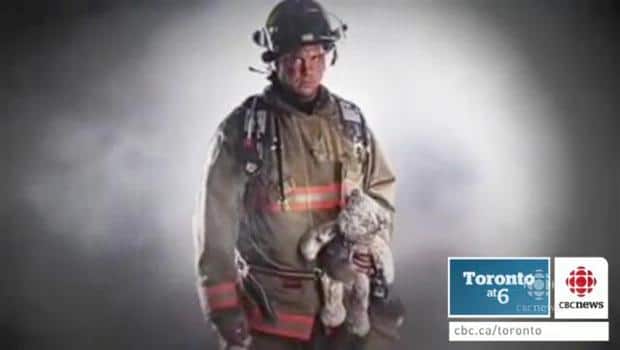 The union representing Toronto’s firefighters is battling proposed budget cuts that would eliminate four trucks and dozens of positions.

To that end, a new 15-second ad entitled "Seconds Count" has been produced that begins with the sound of smoke alarms, followed by a baby crying. On screen, a firefighter emerges from a cloud of smoke, holding a blackened teddy bear.

A narrator tells the viewer that "city council’s plan to cut millions from fire services will put lives at risk."

But the city says there is no risk to public safety if the cuts go forward and that the ad is over the top.

Fire Chief Jim Sales insists that response times won’t be affected, despite what the union is telling the public.

The city also points to new fire prevention positions being added, which will prevent insurance rates from rising.

Click on the video above to see a full report from the CBC’s Jamie Strashin.