Toronto’s Gladstone Hotel is recreating Ferris Bueller's room from the iconic 80’s cult classic for its Come Up To My Room art exhibition. 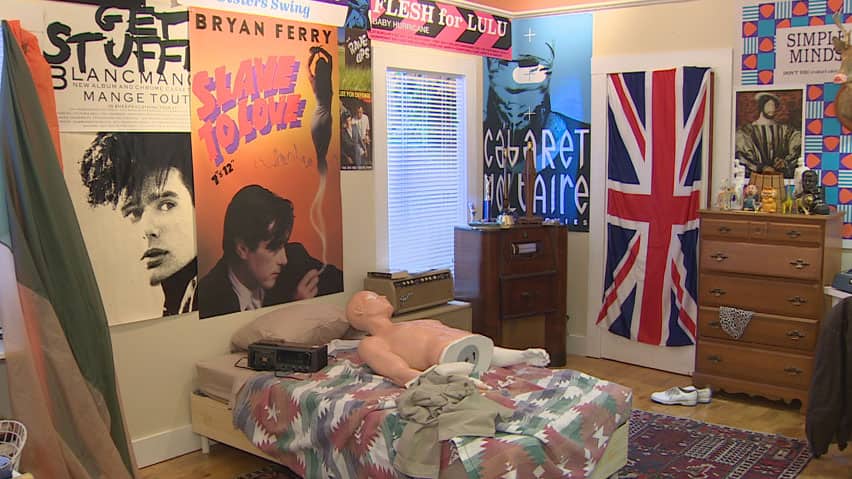 5 years agoVideo
1:14
At the Gladstone Hotel, a team of artists has gone to great lengths to recreate Ferris Bueller's room. 1:14

Have you ever wanted to hang out in Ferris Bueller's bedroom?

Well, now you'll get your chance because Toronto's Gladstone Hotel is recreating the room from the iconic 80s cult classic Ferris Bueller's Day Off for its Come Up To My Room art exhibition.

Christina Zeidler is the president of the Gladstone Hotel and founding artist behind the annual exhibition, which invites designers and artists to take over the second floor of the the hotel and create an installation.

The movie about a rebellious teen who uses his computer to help him skip off school was a big hit among kids in its day, and it made Matthew Broderick, who played the title role, a star.

"I think that's very fun because they are playing with nostalgia and they're taking something from pop culture and bringing it into an art context," said Zeidler about the Ferris Bueller room.

Artists Sarah Keenlyside and Joe Clement are behind the re-creation. Keenlyside has done research and has spoken to several experts to make sure the room lives up to the hype.

"There's a lot to live up to, but I think we are getting there, and it's starting feel like I know where I am," said Keenlyside standing inside room 207 at the Gladstone Hotel.

Keenlyside says it's a lot more challenging than one would think.

"There's wealth in this room, there's technology that's waiting to happen. He's got a very advanced computer for its time. It was sort of the cusp of the digital era."

Ferris's computer — a key element to the film's story line — helped the teen change the number of absent dates in the school's computer system.

"Really, this was just this very innocent moment that we were witnessing of real change in the way that we communicate, in the way we are able to reach out beyond our bedroom to the rest of the world," said Keenlyside.

"The very first time I ever saw the notion of the Internet was in this movie."

"A seven-year-old kid who came by ... he was like, 'I can't wait for this' and that's because I think the movie resonates to everybody."