Young baseball players in Scarborough say a jump in fees charged by the city is threatening to price them off the field. 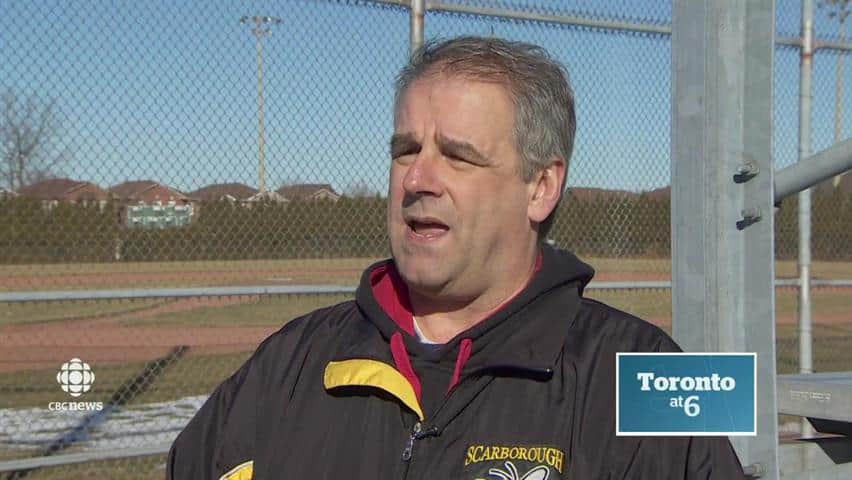 6 years agoVideo
1:50
Young baseball players say a jump in fees charged by the city is threatening to price them off the field. 1:50

Young baseball players say a jump in fees charged by the city is threatening to price them off the field.

The baseball diamonds at Neilson Park — home of the Scarborough Stingers baseball club — have been reclassified by officials, so fees to use them will go up in stages over the next two years.

The fees will go from roughly $7 an hour to $48 an hour, city officials said. That's on top of the 10 per cent increase in recreation facility fees in the city budget proposed on Tuesday by Mayor John Tory.

"Is the city that broke where they need to levy a $32,000 tax on kids for our kids to play in a public park?" said Stingers president Greg Dennis.

Parents will go from paying $75 per child to almost $500, Dennis said, not including uniforms and equipment.

"We will not be able to afford to  play in theses fields anymore. The rate is higher than anywhere else in the city for kids at the same competition level," he added. "They're forcing us off the field."

"I realize we have to charge people to play, but to take the fees up astronomically like that, we're not doing anything but shutting teams out," Karygiannis said

Residents can also raise their concerns during public meetings in February, the city said.

With files from CBC's Natalie Kalata