Check out the scenes from Toronto's Jurassic Park, other venues across Canada and Oracle Arena in Oakland, Calif., as the Toronto Raptors made history against the Golden State Warriors in Game 6 of the NBA Finals to win their first NBA Championship.

From coast to coast, fans are in a frenzy over Thursday's big win

Scroll down for a look at some the scenes from across Canada as the Toronto Raptors made history against the Golden State Warriors in Game 6 of the NBA Finals to win their first NBA title.

Here, confetti pours on fans at Jurassic Park in Toronto after the Raptors beat the Warriors 114-110 for their first NBA Championship in franchise history. 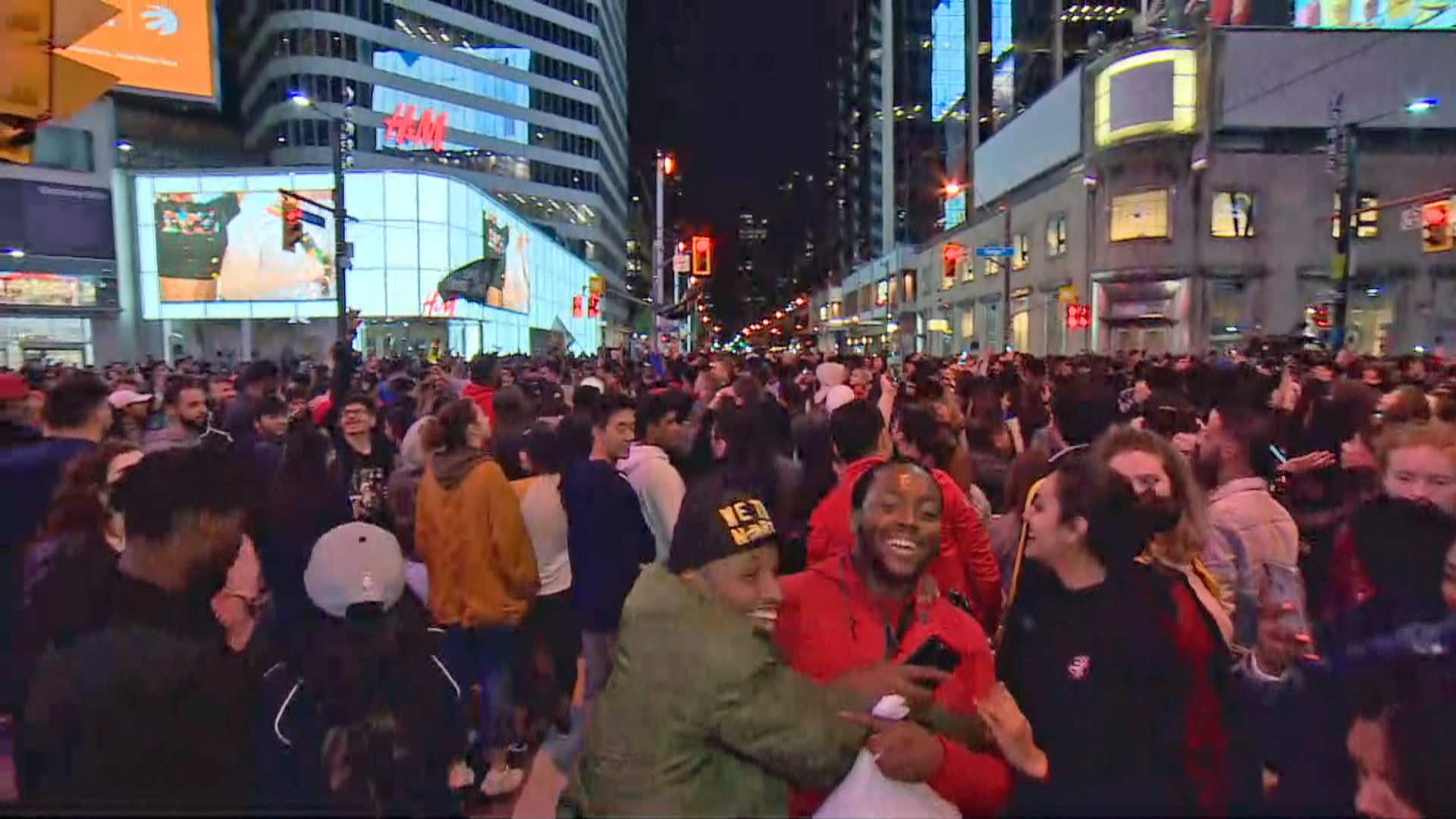 1 year agoVideo
0:15
This is the view 38 floors up above Yonge-Dundas Square as Toronto celebrated the Raptors' NBA Championship win. 0:15

The Raptors will now bring the Larry O'Brien Trophy as NBA champions home to Canada for the first time ever.

And fans are ecstatic...

Maybe a little too ecstatic. 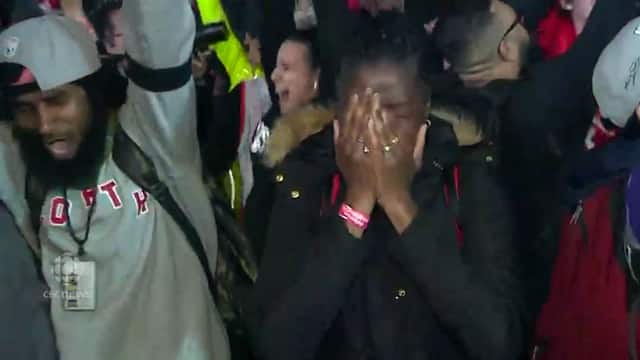 And were treated to some live entertainment.

Drake was there, of course.

So was Toronto Mayor John Tory.

Fans also turned out for a viewing party on the streets of downtown Montreal.

Here, fans in Mount Pearl, N.L., watch the game at a local Cineplex.

Below, Marietta Villostas and her son Max play with a pair of dinosaur mascots in a fan zone in Calgary.

Despite some tense moments for Raptors fans during Game 6, many at Jurassic Park were keeping things lighthearted and having some fun.

Hours before the game, Jack Astor's Grill near Toronto's Yonge and Dundas Square had no tables left. Some guests came four hours in advance, with some tables comprised of complete strangers just to get a seat.

An early lead had Raptors fans cheering. Every TV in the restaurant was tuned to the game, and some chose to stand even though they had seats in order to better celebrate.

Later, Bhatia was celebrating the Raptors' victory and encouraged his fellow fans to "stay within the law" while revelling. 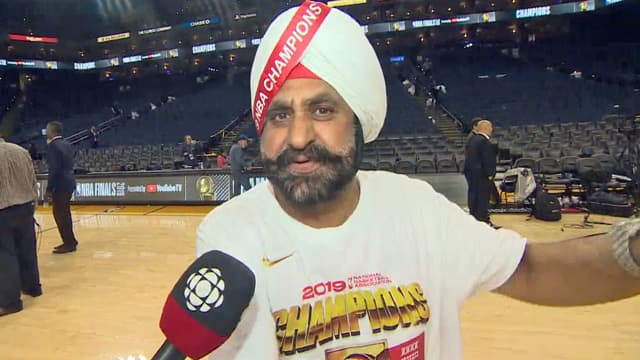