Education Minister Liz Sandals has put together a panel that will be advising the Toronto District School Board on how to improve its governance structure. 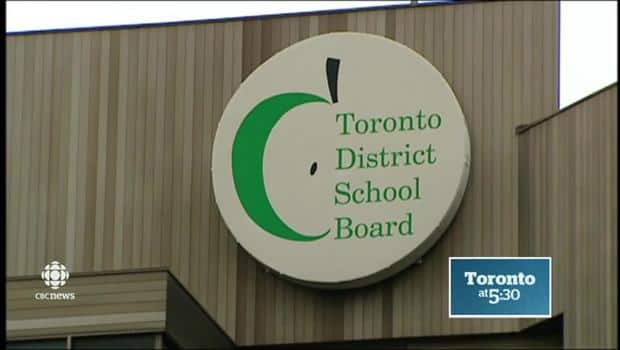 6 years agoVideo
2:42
An expert panel will advise the TDSB on how to improve its governance structure. 2:42

Education Minister Liz Sandals has put together a panel that will be advising the Toronto District School Board on how to improve its governance structure.

"This expert panel will undertake a consultation with the TDSB community and make recommendations on possible changes to support a more effective governance structure for the board," Sandals told reporters at Queen's Park on Monday.

The seven-member panel is due to report back to Sandals by the summer. It will be chaired by Barbara Hall, a former Toronto mayor.

Hall told reporters that the panel members had met for the first time on Monday.

She said they will be seeking input on many issues surrounding the board and will then put together their own recommendations for the minister.

"We're to listen and then come back with a report that says what we think should happen," she said. "We've got no direction from [Sandals] in terms of either what questions to ask or what to do with the incoming information."

Hall expects the panel will get to work quickly, given the timeline requested by Sandals.

The other panel members who will be working with Hall are:

Sandals said the group brings "a depth of experience and a range of perspectives that will ensure meaningful dialogue with the TDSB community on these very important issues."

Public consultations will be held in the near future. Sandals said information would be forthcoming on how members of the public can participate in this process.

TDSB chair Shaun Chen said a statement that the board will co-operate with the panel.

"We look forward to working through the consultation process and building public confidence around the positive changes we continue to make," Chen said.

In November, Sandals had ordered a review of the performance of the TDSB in response to what the government describes as "serious and persistent governance concerns."

When Margaret Wilson, an outside expert, reported back to the minister, she confirmed that a "culture of fear" existed within the TDSB.

Sandals, in turn, issued 13 directions to the board, built on Wilson's findings.

On Monday, Sandals acknowledged that the board had made some progress on those directions, but the minister said more work must be done.

"I will continue to monitor the TDSB's compliance with those directions on an ongoing basis," Sandals said.