On Emancipation Day, musician Dan Hill opens up about his parents' legacy

When Daniel Grafton Hill's Methodist minister father came to visit him in Detroit in the 1940's telling him America wasn't the sort of place for his "temperament," he had no way of knowing what sort of life lay ahead for him in Canada. 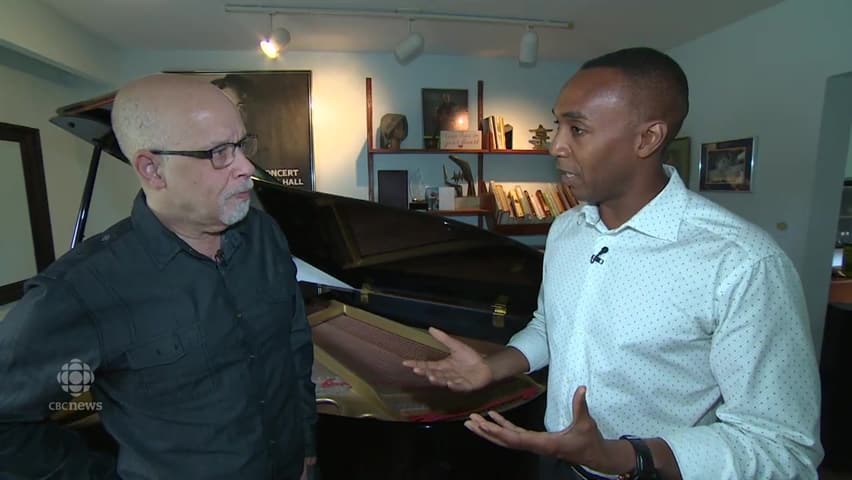 3 years ago
4:07
Musician Dan Hill talks to Dwight Drummond about Emancipation Day, his father, and the Hill legacy. 4:07

When Daniel Grafton Hill's father came to visit him in Detroit in the 1940's and told  him America wasn't the sort of place for his "temperament," he had no way of knowing what sort of life lay ahead for him in Canada.

Born in 1923, Hill was a member of the highly-segregated American forces during the Second World War. But over the course of his service in the military, he'd become "disillusioned" with the experience there.

"You've got to get out of America," his father, a Methodist minister, told him on that visit. That planted the seed for a life that would leave a lasting mark on its neighbour to the north.

In 1949, Hill arrived at the University of Toronto to take on graduate studies in sociology.

He fell in love with the place, his son Dan Hill says.

The Canadian singer-songwriter, perhaps most famous for his 1977 hit Sometimes When We Touch, told his father's story to CBC News in an interview Wednesday — which just happens to be Emancipation Day, the anniversary of the official end of slavery throughout the British Empire 184 years ago.

Hill says his father returned to the United States to teach in Washington and Baltimore, because money was tight. That's where he met Donna Bender.

The interracial couple fell in love within two days and were married within a month, moving to Toronto to start a life together.

Armed with a PhD in sociology, the two set about to create an institution dedicated to the prevention of discrimination in this province that continues to champion that cause to this day: the Ontario Human Rights Commission (OHRC).

They put their heart and their lives into this beautiful country.- Dan Hill

Hill would serve as the OHRC's first director from 1962-1971. His social contributions only grew from there with multiple publications including the book Freedom Seekers: Blacks in Early Canada, which traced the experience of African Americans making their way to Canada via the Underground Railroad.

Another milestone contribution: the establishment of the Ontario Black History Society, the first such major organization in Canada — and one that also endures today, marking its 40th anniversary Wednesday.
And it's on that anniversary, coinciding with Emancipation Day, that the younger Hill is performing in his parents honour, taking the stage Wednesday evening at the Artscape Sandbox on Adelaide Street West in the Entertainment District .

"They would be really, really proud to know that they're being remembered so wonderfully … they put their heart and their lives into this beautiful country."