A day after the Ontario Progressive Conservatives suffered defeat in the provincial election, would-be PC candidate Doug Ford had some thoughts on the loss.

Councillor weighs in on Ontario election 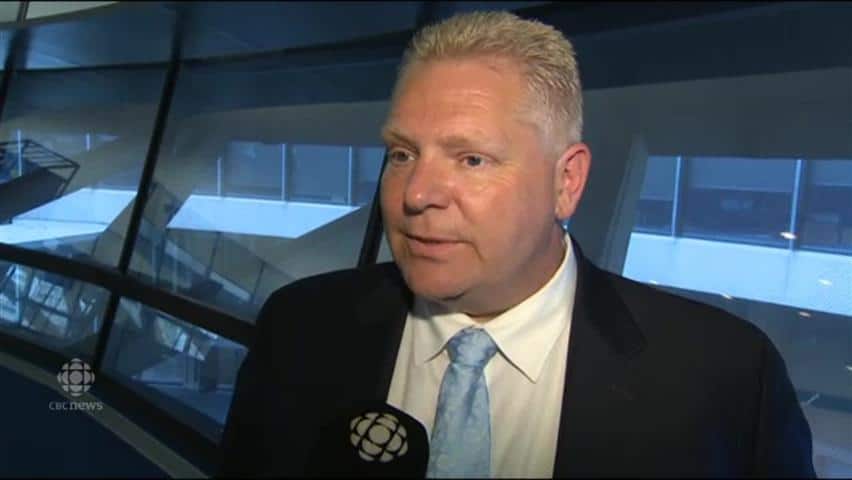 Doug Ford on the Ontario election

A day after the Ontario Progressive Conservatives suffered defeat in the provincial election, would-be PC candidate Doug Ford had some thoughts on the loss.

"We got decimated," he said of the party's electoral fortunes.

"The PC party needs an enema. They need to be cleaned out from top to bottom," he told CBC News, echoing remarks he had made earlier in the day.

Ford, a city councillor for Etobicoke North and campaign manager for his brother's mayoral run said the Tories, the party for which he considered running, "didn't get it, unfortunately."

Ford said the election was a testament to the power of the voters. The polls were wrong, he said, and voters looked beyond the Liberal gas plant scandal. He said that shows a willingness among the electorate to forgive.

"People are willing to give second chances here. I was happy to see that. I hope people will give Rob a second chance."

Ford went on to say there is no sitting Progressive Conservative member who could be premier of Ontario, and that he would consider the job.

"I'm not too sure if I'm the guy or someone else is the guy or gal," who will lead the PCs, said Ford. "I'd consider it."