What to expect from Doug Ford's government as legislature resumes

Premier Doug Ford and his Progressive Conservative government will push ahead with their legislative agenda and prepare for their first budget, as Queen's Park resumes sitting on Tuesday.

MPPs return to Queen's Park Tuesday, with health and education reforms looming and budget on the way

Premier Doug Ford and his Progressive Conservative government will push ahead with their legislative agenda and prepare for their first budget, as Queen's Park resumes sitting on Tuesday.

MPPs are returning to the Legislature following their winter break. While this gives the PCs the chance to bring in new bills, it also gives the opposition parties the chance to challenge Ford and his ministers in question period.

Here's what you can expect to unfold in the coming weeks. 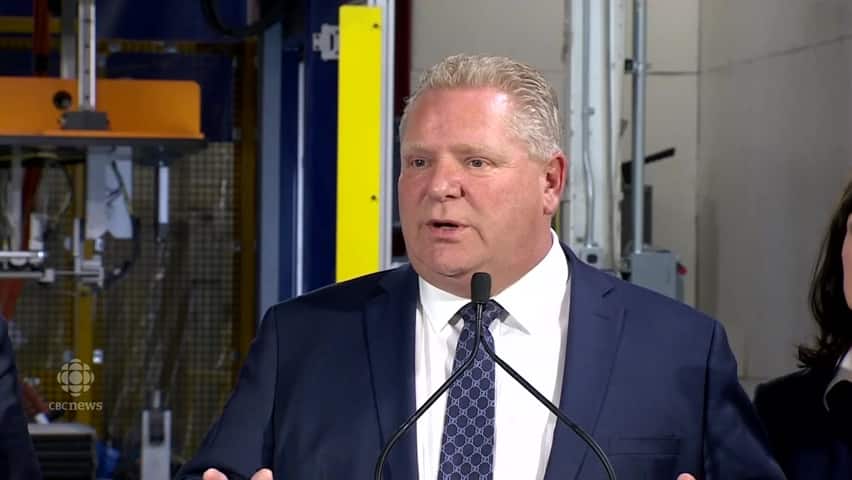 What to expect from Doug Ford's government as legislature resumes

A shake-up is clearly on the way for Ontario's health system.

Information from CBC sources and leaked documents suggest the Ford government will completely restructure the administrative bureaucracy between the Ministry of Health and health-service providers.

Legislation is expected that will encourage hospitals, long-term care facilities, home-care agencies and community health clinics to merge their operations and form what the government is tentatively calling "MyCare Groups."

Such reforms would launch a period of uncertainty for the thousands of health care workers who would potentially be affected.

The PCs will also receive recommendations in the coming weeks from the premier`s special advisory panel examining the capacity strain on the province`s hospitals. That group of health-care administration experts delivered its first report in January, looking at the problem and hinting at solutions.

You can expect to see Education Minister Lisa Thompson in the news a lot in the next few months.

Thompson is looking at allowing larger class sizes in the primary years, including lifting the existing hard caps on the maximum number of kids in each class up to Grade 3. She is also studying changes to full-day kindergarten, promising only that "full-day learning" will remain in place in Ontario.

One option that is on the table, according to CBC sources, is getting rid of kindergarten teachers and instead having early-childhood educators run kindergarten classrooms.

While Thompson is still consulting on those changes, she has wrapped up consultations and will soon need to announce her plans for the sex-ed component of Ontario's health and physical education curriculum. Some 72,000 submissions were made.

Finance Minister Vic Fedeli has not revealed the date for the Ford government's first budget, but it's a pretty safe bet it will be delivered in the next two months.

The budget will finally answer one question that Fedeli and Ford have dodged for the past year: when do the PCs intend to get rid of the deficit? By law, every Ontario deficit budget must include a timetable for getting the government back to balance.

For now, when asked a straightforward question about whether he will eliminate the deficit by the next election (June 2022), Fedeli answers with a fairy-tale allusion. "I like to use my Goldilocks reference to balancing the budget," he told reporters last week.

The budget will also reveal what sort of spending cuts the PCs have in mind and whether they plan to stick to their schedule of promised tax cuts, including knocking a percentage point off the corporate income tax rate in year two of their mandate.

You can expect some sort of resolution to the controversy over the government's move to appoint Ford's friend, Toronto Police Supt. Ron Taverner, to be the new commissioner of the OPP.

Ontario's ethics watchdog, Integrity Commissioner J. David Wake, is investigating whether Ford breached provincial law with the move. Ford said publicly he did not recuse himself from the cabinet meeting when Taverner`s appointment was approved.

Wake has not said when he will file his report, but based on past investigations under his watch, including a probe into former PC leader Patrick Brown last year, it's likely to be made public in the coming weeks.

The integrity commissioner's ruling is not binding. Instead, it goes to the Legislature for action determined by a majority vote of MPPs. Ford has not committed to abide by Wake's recommendations.

Taverner did not originally meet the initial and long-standing qualifications for the OPP post. The job description was changed in October, the qualifications lowered, and Taverner was appointed in November.