Ontario NDP Leader Andrea Horwath said Premier Doug Ford should apologize after he compared listening to her criticism to "nails on a chalkboard" on Wednesday. 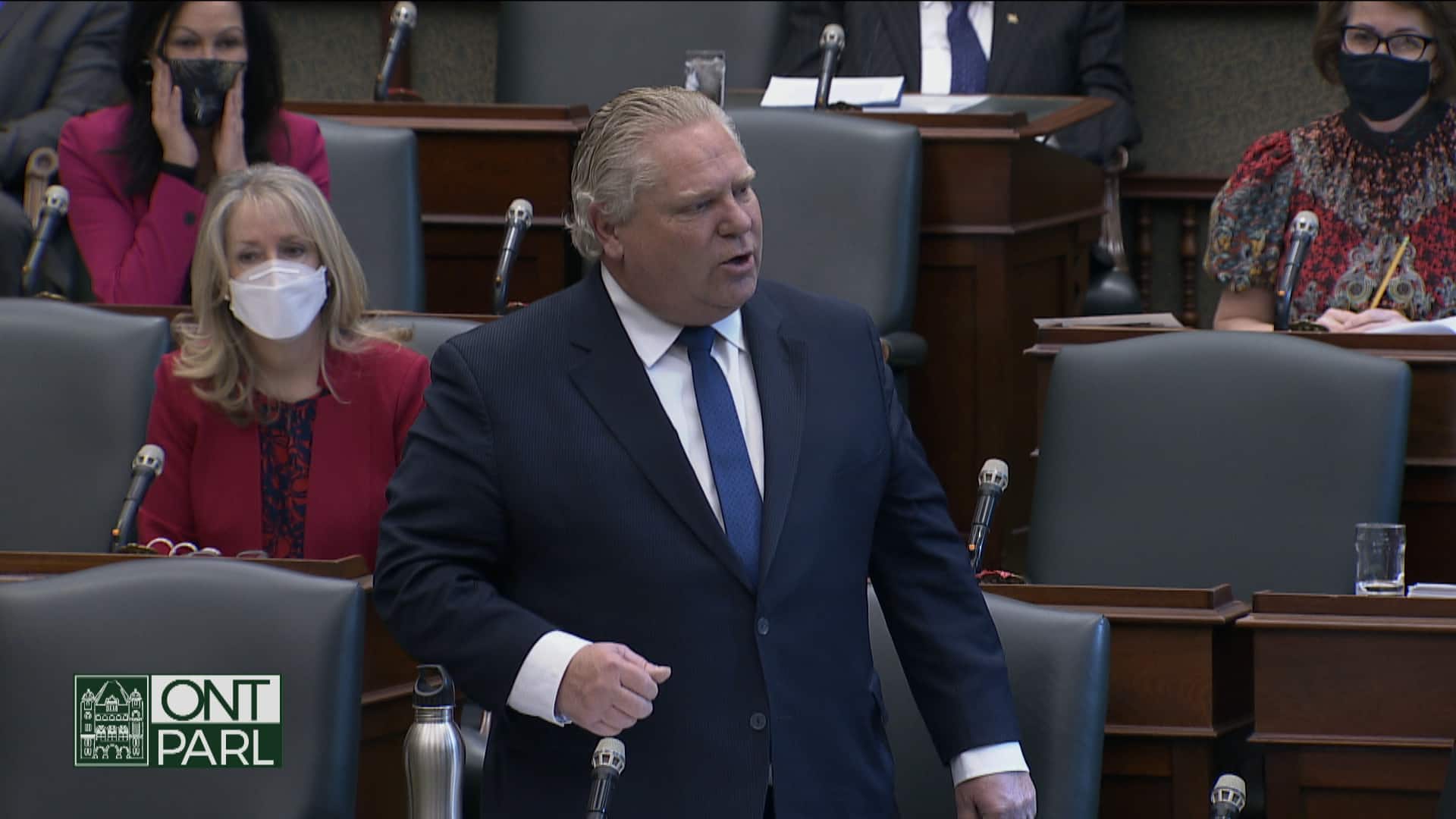 Listening to Andrea Horwath is ‘like listening to nails on a chalkboard,’ said Premier Ford

15 days ago
1:59
Responding to Ontario NDP Leader Andrea Horwath at provincial legislature on Wednesday, Premier Doug Ford said listening to Horwath speak is like “listening to nails on a chalkboard.” 1:59

Ontario Premier Doug Ford faced sharp criticism after comparing listening to provincial NDP Leader Andrea Horwath to "nails on a chalkboard" on Wednesday, prompting calls for him to apologize — calls rejected in a statement from his press secretary.

"Why don't you come and join us to support the people of Ontario for once, rather than just sit there and criticize and criticize?" Ford said during a sitting of the legislature.

Horwath is leader of the Official Opposition, whose role it is to critique and scrutinize a sitting government and hold its officials to account — a job that includes questioning ministers during question period.

Ford's comments prompted swift reaction on social media, where they were widely criticized as sexist.

It's really not about me personally. It's about the fight that I have and that I bring here to Queen's Park on behalf of everyday families...- NDP Leader Andrea Horwath

"We need to address the misogynistic, sexist attitude of this Premier and his government," NDP education critic Marit Stiles tweeted in part.

Ontario Liberal Leader Steven Del Duca also weighed in on Twitter, stating: "Misogynistic rhetoric like this has no place in the Ontario Legislature.

"For it to be hurled by a Premier is unthinkable," he said, adding that Ford should apologize immediately.

Green Party Leader Mike Schreiner agreed, saying: "I thought the premier's language was misogynistic and unacceptable and he should unequivocally apologize."

Speaking to reporters afterward, Horwath was asked if Ford owed her an apology. 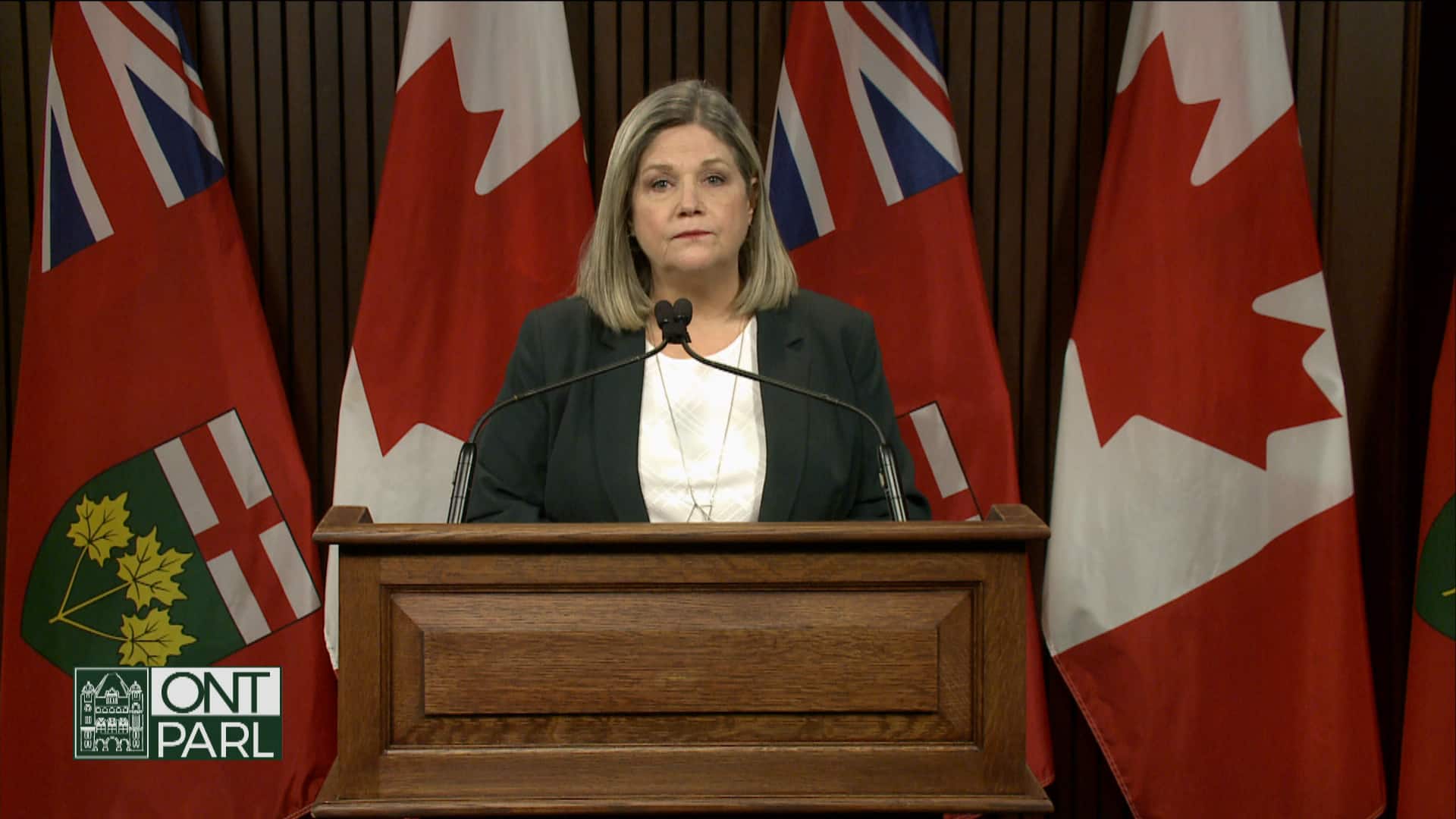 15 days ago
0:57
In response to Premier Doug Ford’s remark during provincial legislature that listening to her speak is like “listening to nails on a chalkboard,” NDP Leader Andrea Horwath said that his behaviour was “wholly inappropriate” and that he owes “the people of Ontario an apology.” 0:57

"It's really not about me personally. It's about the fight that I have and that I bring here to Queen's Park on behalf of everyday families — the criticism as well as the proposals.... At the end of the day, when the premier doesn't like being questioned, doesn't like being criticized, he goes to the worst possible place. That's just who he is," Horwath said.

"I think he owes the people of Ontario an apology," she said. "This kind of behaviour from a premier is wholly inappropriate and it's unfortunate he doesn't see it that way."

Asked by CBC News about Ford's reaction to the criticism and the calls for an apology, a spokesperson for the premier responded: "The premier condemns any and all forms of misogyny and sexism."

Pressed on whether Ford saw his own comments as sexist, his press secretary, Ivana Yelich, said the premier had been expressing his "frustration" with the NDP's approach on working with the government on issues surrounding COVID-19.

"The Opposition's attempt to turn this into something that it's not is disappointing, especially at a time when the premier has repeatedly called on the opposition parties to join the government in a Team Ontario approach fighting this pandemic.

"At a time when we are seeing the positive outcome of Ontarians' sacrifices, the premier's comment was him expressing his frustration with the entire NDP's chronic lack of co-operation and unwillingness to work with the government in our fight against COVID-19." 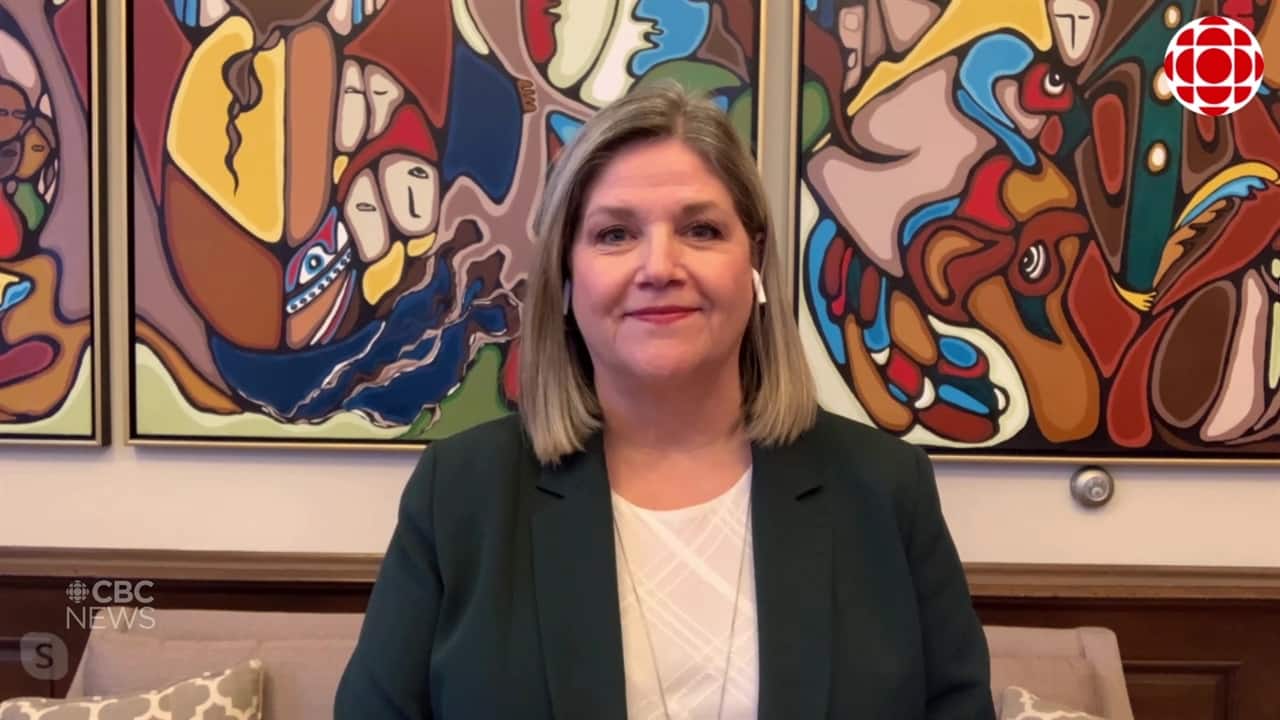