Newly elected Ontario PC Leader Doug Ford said Tuesday the party will live up to the progressive part of its name while remaining fiscally conservative. 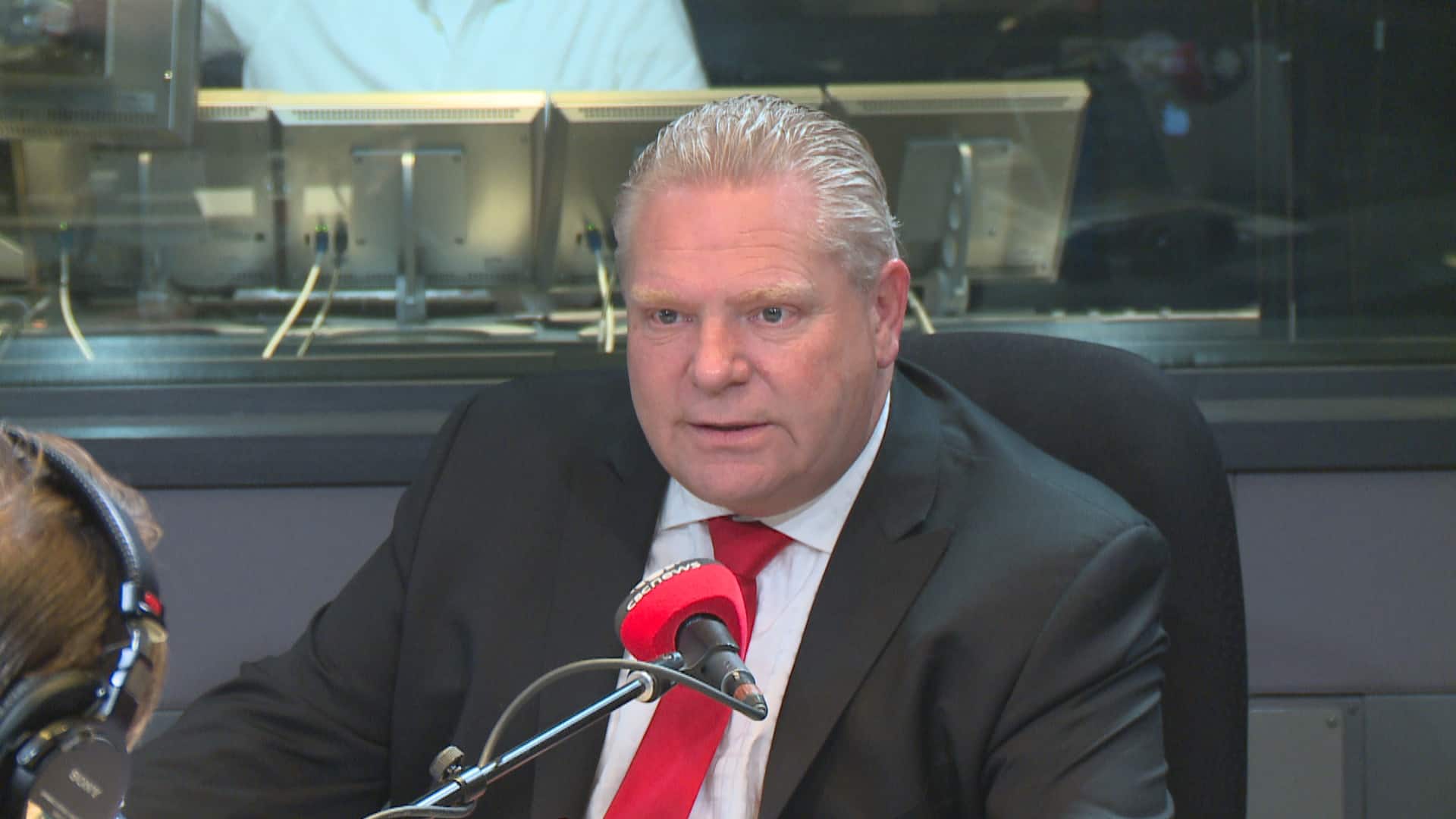 Doug Ford, the newly elected leader of the Ontario Progressive Conservatives, said Tuesday the party will live up to the progressive part of its name while remaining fiscally conservative.

Ford discussed his plans for the party when he stopped by CBC's Metro Morning to speak with guest host David Common.

Asked whether he believes his party is progressive, Ford replied: "Absolutely I do."

Asked why, he said he recognizes the importance of taking care of others while keeping spending in check.

He said that with its current debt load of more than $300 billion, Ontario is "the most indebted region in the entire world," but did not offer evidence to support that claim. He said spending to service that debt, at just under $12 billion a year, is leaving the province in a "terrible mess" financially.

While the debt has ballooned under the Liberals, Finance Minister Charles Sousa did deliver a balanced budget last year, eliminating the deficit for the 2017-18 fiscal year. That budget predicted three straight years of balanced books, largely due to a booming economy that's generating higher-than-expected revenue.

But in announcing this year's budget date, March 28, Sousa said that beginning next year, Ontario will once again run a deficit "at less than one per cent of GDP."

Describing the move as putting the province's "strengthened fiscal position to work," the minister said the goal is to better support social and developmental services, mental health, health care and students.

In defending the decision to move back into deficit, Premier Kathleen Wynne said Tuesday the government needs to be a part of caring for people who need help.

"What the Conservatives are saying is, 'No no no no no. Government can step back. We can cut taxes. We don't have to fight climate change. We don't need to be involved in people's lives. We can just let people fend for themselves,'" Wynne told reporters.

Ford said he's focused on moving the province forward and "making sure we're putting money into the taxpayers' pockets instead of the government's pocket."

The former Toronto city councillor and businessman came out on top Saturday following an abbreviated leadership race sparked by the resignation of Patrick Brown earlier this year.

In his first week, Ford has already made it clear he has his sights set on defeating Wynne in June's provincial election.

All the candidates pledged their opposition to a carbon tax during the campaign. Asked whether he believes human activity is causing climate change, Ford said: "Absolutely, to a certain degree. I'm not a denier."

While he opposes what he calls an "unfair tax" because it would put businesses at a disadvantage against competitors from markets without one, Ford could not offer an alternative that would encourage the offsetting of carbon emissions.

"We'll sit down with our team and come up with a strong platform on that," he said.

Ford had previously expressed his dislike for the Liberals' updates to the sex education curriculum, vowing to make changes if elected as premier. On Tuesday, he said "the roof would come off" at campaign events when he would discuss repealing the curriculum.

"And you know something? People don't always believe in that Liberal ideology that's been rammed down our throat from Kathleen Wynne for the last, well the Liberals, for the last 15 years, but amped up over Kathleen Wynne."

On Tuesday, Wynne said 4,000 parents were consulted on the new curriculum, which was developed by experts in collaboration with psychologists, psychiatrists and other community stakeholders.

The curriculum hadn't been updated in a decade, she said, and so needed to be made "relevant to the era that we are living in."

"I think that to suggest that somehow putting kids at risk by not giving them the right information is a good idea, I think that's wrong-headed," she said.

With files from Dexter Brown and Kate McGillivray