“We have to get development moving in the GTA,” premier says, suggesting only building more homes will lead to "affordable ownership" opportunities.

'We have to get development moving in the GTA,' premier says in Mississauga

Premier Doug Ford is voicing his support for a plan that could allow developers to hire their own building inspectors.

CBC Toronto was first to report on the government's idea of creating a Certified Professionals Program that would allow architects and engineers to undergo additional training in the work that city inspectors do.

Under the plan, developers could then hire the newly-minted professionals, instead of calling in city inspectors to approve their progress. The City of Toronto is already voicing opposition, saying that raises a number of concerns including possible conflicts of interest.

"We have to get development moving in the GTA," he told reporters.

WATCH: Ford's entire comment on a plan to let developers hire their own inspectors 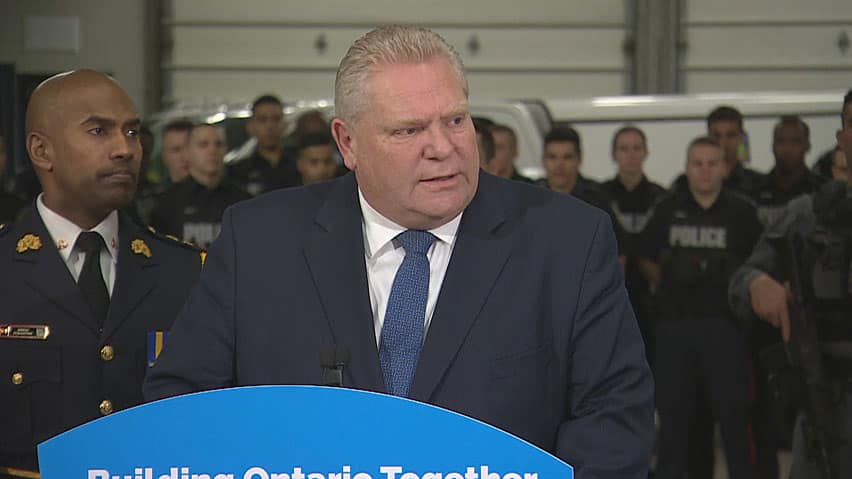 1 year ago
1:15
The premier says there's an inspector backlog, and voiced support for an plan that could allow developers to hire their own. 1:15

Ford continued to say he wants to see more "affordable ownership" options for housing, adding if someone owns a house they'll take care of it better than "if it's just handed over to them."

Earlier this week, a spokesperson for the municipal affairs and housing minister said in an email the government hasn't actually proposed the Certified Professionals Program yet, but is instead just consulting on the idea and soliciting feedback.

The aim of the consultation, according to a government statement, is "modernizing and transforming the delivery of building code services to help speed up the construction of new housing and building projects, and better support Ontario's $38-billion building industry."

Builders have been complaining for years about red tape that's slowing down the building process. They've been asking for a more streamlined system.

As things stand now, every builder — from single-home contractors to the largest developers — must adhere to the Ontario Building Code when erecting a new structure.

Municipalities enforce the code, signing off on each stage of construction, from the original building permit application, through foundation work, framing, plumbing, and other work normally done by tradespeople. Ultimately, after a final inspection, the city issues an occupancy permit.

At the news conference, Ford also spoke about a number of other topics, including the ongoing teachers' strikes. Read more by following the link below: