The premier of Ontario says a federal carbon tax will plunge the country into recession.

Premier Doug Ford ratcheted up his rhetoric on Ottawa's climate change plan Monday, warning that the federal government's carbon tax will plunge the country into recession.

During a speech at the Economic Club of Canada, the Ontario premier said there are already warning signs of difficult economic times ahead and a carbon tax will kill jobs and hurt productivity.

"I'm here today to ring the warning bell that the risk of a carbon tax recession is very, very real," he said.

The Progressive Conservative government scrapped Ontario's cap-and-trade system after it was elected last spring saying it was a "cash grab" that didn't help the environment and have since launched a legal challenge of the federal government's carbon pricing plan.

Ford renewed his calls for the Trudeau government to abandon its plan to put a price on carbon.

"A carbon tax will be a total economic disaster, not only for our province but for our entire country," he said. "There are already economic warning signs on the horizon."

Federal Environment Minister Catherine McKenna's office did not immediately respond to a request for comment. 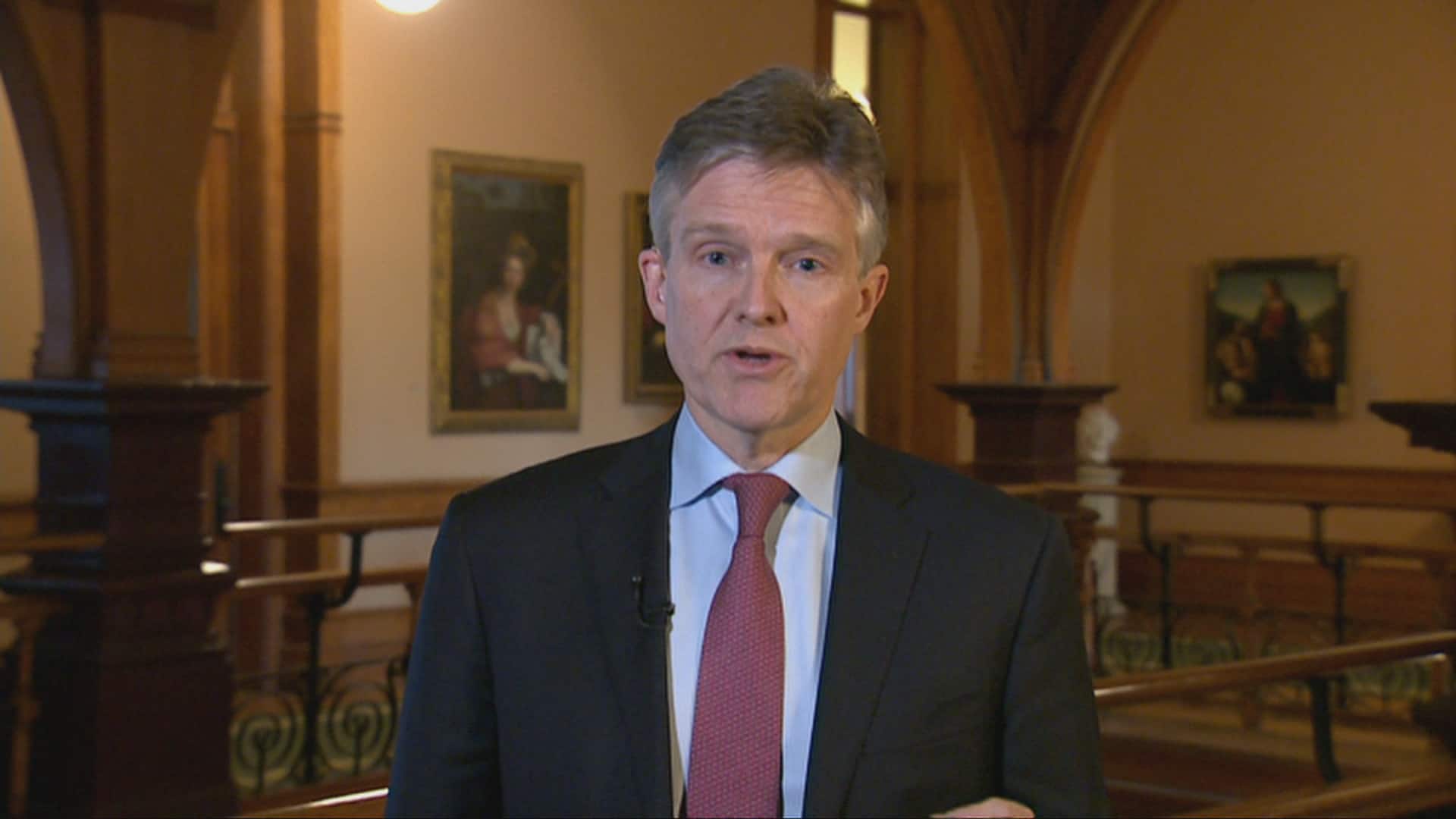 2 years ago
9:15
'Layering on another tax...that isn't going to be effective from an environmental perspective isn't necessary and is a risk,' says Ontario's environment minister Rod Phillips. 9:15
CBC's Journalistic Standards and Practices|About CBC News