Hundreds gathered under sunny skies on Sunday to paddle the Don River and support efforts to keep it maintained.

Hundreds gathered to 'Paddle the Don' Sunday at an annual fundraiser

It seems as though the tides have turned for this Toronto landmark.

In an environmental demonstration organized by the group Pollution Probe back in 1969, dozens gathered in black attire to mourn the state of the Don River with a funeral.

"It was gross, it was dirty," York University professor Peter Love said, recalling the event.

Now, 50 years later, he says the river seems to have come back to life.

"Huge progress has been made over the past 50 years," Love told CBC Toronto at the Toronto and Region Conservation Authority's 26th annual Paddle the Don fundraiser.

Unlike the somber 1969 event, hundreds gathered under sunny skies on Sunday to paddle the river and support efforts to keep it maintained. 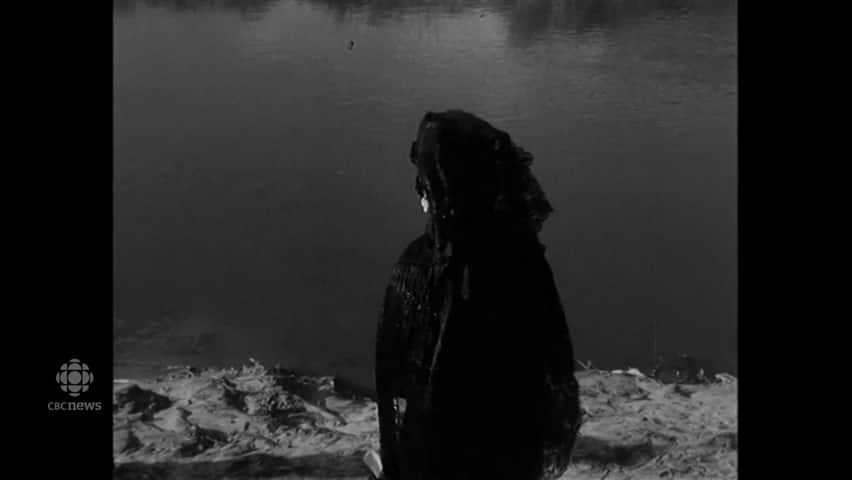 Digital archives of a funeral held for the Don River in an environmental protest.

2 years agoVideo
0:46
In 1969, environmental organization Pollution Probe held a funeral to mourn the state of the Don River. 0:46

"People's awareness of the environment is much higher than it was 50 years ago," Love said.

"I'm very glad to have been part of that movement."

'It's a really iconic river'

Despite improvements, the TRCA says the 32-kilometre long waterway still faces some upstream battles, such as storm runoff and invasive species.

"It's a really iconic river," said Kate Goodale, a TRCA project manager. "It has a really long history of industry and, unfortunately, neglect for a long time."

Although Sunday's event was held to celebrate the river's improved quality — which is detailed in the TRCA's annual report card — it was also a fundraiser, aimed at raising money for community engagement programs.

"We are responsible for the management of the watersheds in the Toronto region," said Kate Goodale, a TRCA project manager. "So we do need those funds to help us design those programs, to get people interested in nature and to get them out into the ravines."

Young paddler Lief Wile had been looking forward to the event.

Lief has a keen interest in nature and said he wants to keep people from polluting the river's water.

"There's a lot of animals that would like to use this water," he said.