Ontario's medical regulator has ruled that dozens of complaints against a trauma surgeon who treated Danforth Avenue shooting victims in Toronto, and advocated for stricter gun laws, appear to be a politically motivated attempt to silence her.

Dr. Najma Ahmed is behind group pushing for ban on private ownership of handguns, assault rifles

Ontario's medical regulator has ruled that dozens of complaints against a trauma surgeon advocating for stricter gun laws appear to be a politically motivated attempt to silence her.

Dr. Najma Ahmed, who treated victims of a fatal mass shooting in Toronto last summer, received a letter from the complaints committee of the College of Physicians and Surgeons of Ontario that said it wouldn't be taking any further action over the matter.

The letter, obtained by The Canadian Press, calls the complaints an abuse of process and says the college's procedures should not be used to advance a political agenda or "silence or intimidate"physicians.

Ahmed is a founding member of Canadian Doctors for Protection from Guns, a group calling for a national ban on private ownership of handguns and assault rifles.

Another group, the Canadian Coalition for Firearm Rights, had encouraged its supporters to file official complaints to the college about Ahmed's advocacy work.

The doctors' group, which considers gun control a public health issue, said in March that more than 70 complaints were sent to the college about Ahmed but that the regulator had decided not to investigate them.

However, those who filed the complaints had 30 days to challenge the college's decision.

Watch: Doctor who operated on Toronto shooting victims says it 'changes your life' 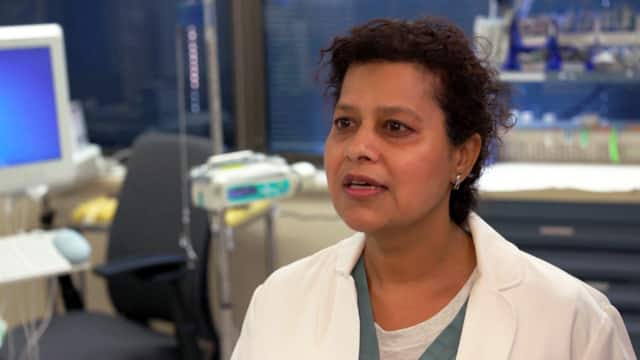 2 years ago
6:08
Dr. Najma Ahmed, who operated on and helped save the lives of several victims of the Sunday night shooting in Toronto, says a night like that 'changes your life, and you're never the same.' 6:08

In the letter dated last week, the college's complaints committee says it remains of the view that using its process for political purposes is inappropriate.

"It is concerning to the committee that the respondent has been subjected to what appears to be a campaign to dissuade her from voicing her views," the committee wrote.

"Physicians' roles include responsible advocacy with respect to matters affecting public health. The complaints process should not be used as a tool to silence or intimidate physicians." It notes no issues related to clinical care or professional conduct were raised in the complaints, only "the respondent's statements in a public forum, as part of a political discourse."

"The college has no role in regulating this political debate," the committee adds.

The college's registrar echoed that sentiment in a statement Wednesday.

"The CPSO's role is not to resolve political disagreements when clinical care/outcomes or professional conduct is not in question. We recognize that physicians can play an important role by advocating for system-level change in a socially accountable manner," Dr. Nancy Whitmore said.

The Canadian Coalition for Firearm Rights had argued that doctors are not experts on firearms policy and should not be taking political positions on that issue.

Its CEO and executive director, Rod Giltaca, expressed disappointment at the committee's letter Wednesday. He noted the college had previously ruled that the committee was not the appropriate forum to review the issues flagged by his group.

"Now, months later, the committee has changed their position for some unknown reason. We suspect the body is now operating in a political manner and are disappointed in this new course of action," Giltaca said in an email.

Ahmed was among those who testified before a Senate committee examining Bill C-71, proposed legislation that would amend existing laws relating to guns.

The bill, which is making its way through the Senate, includes changes such as considering events more than five years in the past when judging applicants' eligibility for gun licences and requiring a buyer's licence be verified in the sale of non-restricted firearms. It does not include an outright ban on private ownership.