Potential buyers told to bring a flashlight, enter home at their own risk 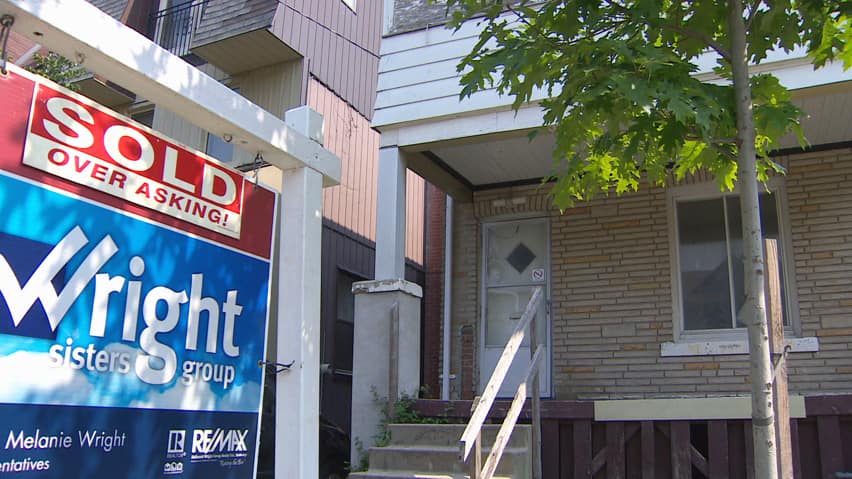 Would you pay $1M for this house?

5 years ago
1:50
A Toronto home has sold for more than $1M, despite the fact that it will need to be torn down before anyone can actually live in it 1:50

Beaches residents were shocked this week to learn that a dilapidated house had sold for more than $1 million. The house is completely unlivable, with no running water or hydro, holes in the roof and evidence that animals had long since moved in.

The listing even came with a warning: bring a flashlight and enter at your own risk.

"It's not livable, we knew that," neighbourhood resident Tammy Thomas told CBC News. "But we didn't think it would go over a million. Maybe asking, but not over a million."

As another resident summed up the situation: "It's a very high price for a house like that."

While the house will have to be gutted or torn down, the price tag speaks to the home's best features: steps from the lake in one direction and seconds to the shops and restaurants in the other.

The location south of Queen Street East combined with a rare lot that can be built on add up to a highly coveted piece of property, real estate experts say.

Realosophy Real Estate president John Pasalis, who was not involved in the home's sale, said the buyer's motivation was likely the land.

"The person who is buying that is primarily buying it for land value," Pasalis told CBC News.

For buyers looking to get into the market for less than a million dollars, or who hope to at least get a livable home for that kind of money, Pasalis says the market may calm down a bit when construction of new units in the city slows.

But, he said, "I think (prices are) going to continue where they have been going."