Desmond Cole says being stopped by police 'a pattern'

Journalist Desmond Cole has written a powerful story in Toronto Life magazine that details the interactions he's had with police over a lifetime living in Toronto. 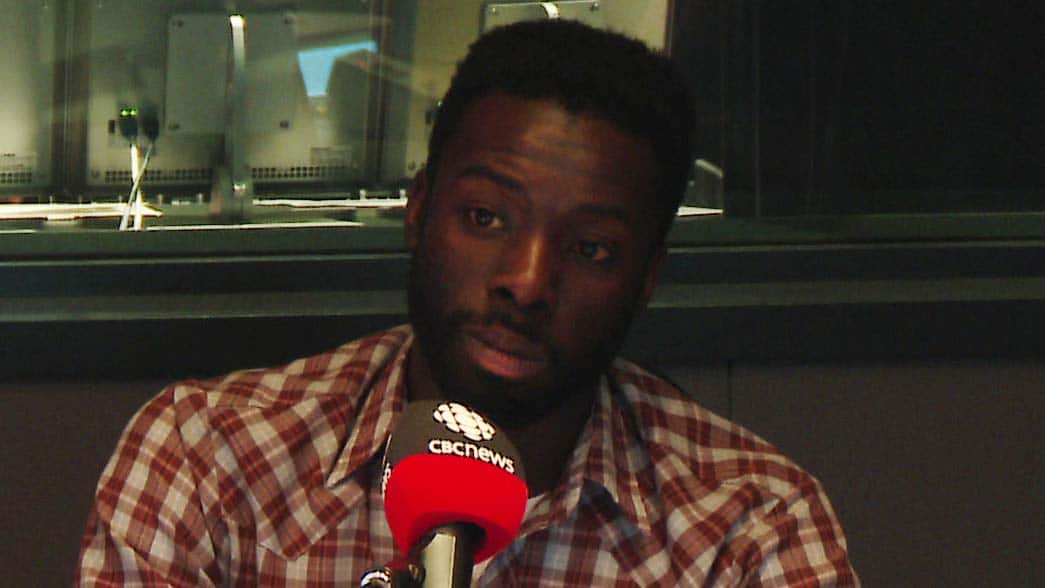 6 years ago
7:56
Author Desmond Cole talks to Metro Morning's Matt Galloway about his Toronto Life article 'The Skin I'm In' 7:56

What's it like to be stopped, pulled over or otherwise questioned by police more than 50 times but never face any charges?

Desmond Cole wrote a magazine piece about being stopped by police repeatedly during his lifetime solely because, as he says, "I'm black." He spoke CBC on Wednesday about what his story says about police relations with minorities in Canada's largest city.

"When it first started happening to me, I didn't really understand what was going on," he said in an interview with Metro Morning host Matt Galloway.

"You start questioning why this is happening to you. If it happens once as a one-off, maybe you don't think about it afterwards. When it becomes a pattern, when it happens when you're walking down the street, when you're standing in public with friends and you're singled out, it becomes infuriating."

In his article, Cole describes an incident when he was nine years old. He was riding in a car with other family members when police pulled the car over after a tissue was tossed out the window.

"It becomes scary because you wonder why people who are sworn to uphold the law and who are armed and who are suspicious of you … why you keep attracting their attention for some reason," he said.

After the police left, Cole's father turned to his cousin, who had drawn the officer's attention by throwing the tissue, and said, "You realize everyone in this car is black, don't you?"

"That was a real important moment to me," said Cole. "What my father was trying to say was that we're at a higher risk for having something bad happen to us because we're all black in that car and that the police were looking for us to do something wrong, even if we weren't. He was trying to make my cousin understand that that was a dangerous situation."

Cole spoke about being followed around retail stores by suspicious security staff and being denied entry into bars by bouncers.

"Just imagine that you actually cannot go anywhere in your city without somebody who protects the public and upholds the law thinking: "That person is about to do something wrong.

"That makes you paranoid, it makes you scared. It makes you start second-guessing yourself, even when you're not doing anything wrong. It is a sort of prison.

In his piece Cole addressed the notion that Toronto is a "post-racial" city, one that doesn't experience the problems surrounding race and police interactions common to other large urban centres.