Dellen Millard shot his own father to escape a legacy and business being built for him that he didn't want, the Crown said Monday during closing statements at Millard's first-degree murder trial in the death of his father, Wayne.

Dellen Millard shot his own father to escape a legacy and business being built for him that he didn't want, the Crown said Monday during closing statements at Millard's first-degree murder trial in the death of his father, Wayne.

At the time of his death, Wayne Millard was in the middle of establishing a new MRO business for his company, MillardAir — essentially a garage for airplanes. Court has heard several times over the course of the trial that Millard was building the business to leave it for his son.

"[Dellen Millard] was concerned about his inheritance being spent on a huge new business venture that he didn't want," Cameron said.

Millard has pleaded not guilty in the judge-alone trial in Ontario Superior Court.

Wayne Millard's death was originally ruled a suicide. He was found at his home at 5 Maple Gate Court in the Toronto suburb of Etobicoke with a single gunshot wound through his eye on Nov. 29, 2012.

Dellen Millard, 32, was charged in 2014, after police started investigating the murders of Tim Bosma, a father and husband from Hamilton, and Laura Babcock, a Toronto woman Millard had been involved with.

Millard is serving consecutive life sentences for those slayings.

"Not a single witness came before this court and suggested there was any discord between Mr. Millard and his father," Pillay said. "There is nothing in the record before you that supports this one way or another."

Whether or not Wayne Millard killed himself emerged as the trial's key question as the evidence unfolded.

The Crown maintains Dellen crept into his father's room and shot him in the head. Court has heard he died instantly.

Evidence submitted by the Crown shows an almost perfect match for Dellen Millard's DNA on the gun that killed his father. Crown evidence also shows Millard's phone pinging off cell towers near his father's home on the night he died.

In his closing, Pillay suggested that Millard had several cellphones registered to his name, and that just because one of those phones was located near the home, doesn't mean Millard himself was there.

Even though Millard lived in the house with his father, an acquaintance told the court that he spent most of the night his father died at the home of a friend, leaving only to "go on a date." Marlena Meneses testified that it was unusual for Millard to spend the night at the Oakville home of her ex-boyfriend, Mark Smich, who was also convicted alongside Millard of first-degree murder in the deaths of Babcock and Bosma.

Witnesses testified that Wayne Millard seemed in good spirits right before his death. On top of his new business venture, he was starting a new relationship, and was making plans for the future.

Cameron zeroed in on that fact in her closing submissions, and said "everything was coming up Wayne."

The defence painted a different picture throughout the trial. Pillay suggested Wayne Millard was a depressed, reclusive alcoholic with a debilitating back problem.

In his closing submissions Monday, Pillay said there is an "overwhelming body of evidence" in the case that points to suicide. He said Millard's new business was floundering, and that Millard himself was "in serious financial trouble and looking for a way out."

"Wayne was disintegrating," he said.

Judge's decision may not come until Sept.

Even though several Crown witnesses testified that Wayne Millard seemed to be in good spirits, that means little in the grand scheme of analyzing someone's mental health, Pillay said, adding that suicidal thoughts are often kept hidden from a person's family or social circle.

"The Crown theory ... really rests on what I would submit is a fundamental misunderstanding of what suicide is," Pillay said.

In his police interview on the night he says he discovered his father's body, Dellen Millard said his father was a drinker, and had long struggled with depression. 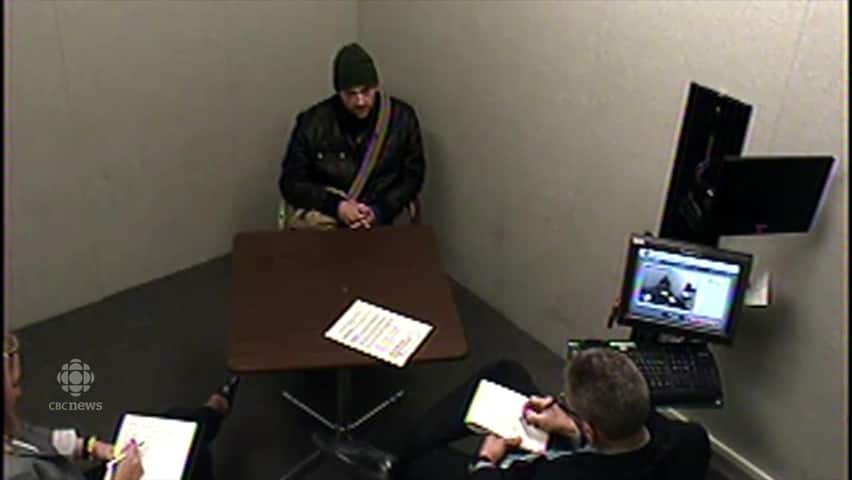 3 years agoVideo
3:54
In this clip from his interview with Toronto police, Dellen Millard describes the scene the night he says he found his father's body. 3:54

"He had depression in him … he carried some great sadness with him throughout life, but I never really knew what it was," Millard told police. "He never wanted to share it with me."

Though in a text message to his girlfriend at the time, Millard said, "He's always had depression, but he's never been suicidal. I've dealt with suicidal people, it doesn't fit."

With closing submissions finished, the case is now in the hands of the judge for a decision. Justice Maureen Forestell set a possible date of July 19 for her to return with a decision — but she also said it was more likely that the case could be put over until September because of her workload.