Deadly day for pedestrians in Toronto and York Region

The first day of November was a dangerous day for pedestrians in the Toronto and York Region, with two fatalities and at least six people injured in a series of collisions throughout the day. 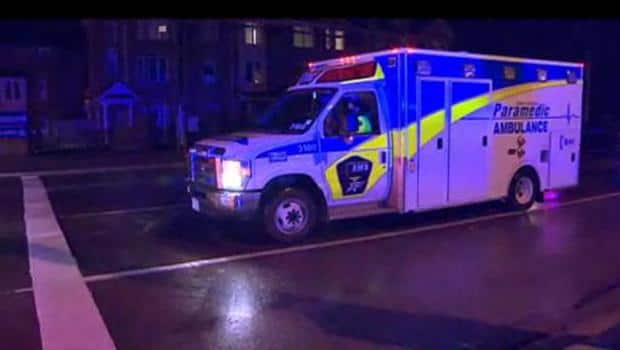 8 years ago
2:42
Two people killed and a several injured in a spate of accidents in Toronto on Thursday. 2:42

The first day of November was a dangerous day for pedestrians in Toronto and York Region, with two fatalities and at least six people injured in a series of collisions throughout the day.

A 33-year-old woman died after being struck by a pair of vehicles on Lawrence Avenue West, near Dufferin Street, early Thursday, police say.

According to a news release police issued Thursday afternoon, the victim was attempting to cross from the north side of Lawrence Avenue West just before 7 a.m.

She was hit by a westbound Nissan and also by an eastbound Volvo and subsequently pronounced dead at the scene.

The victim has been identified as Neiky Pardo, a wife and mother of a seven-year-old girl. Police believe she was trying to catch a bus when she was struck.

Her friend, Alisa Blumenthal, met Pardo more than a decade ago and they worked together in the same medical office.

Six others injured on Toronto roads

Meanwhile, a man was rushed to hospital after a hit-and-run incident at around 7 a.m. near the intersection of Bathurst Street and Eglinton Avenue West.

Police said the vehicle did not remain at the scene. The man suffered very serious injuries, according to Toronto EMS.

Another man was taken to hospital after being hit by a taxi on Bay Street between Elm and Edward streets.

And a woman was struck and seriously injured at Staines Road and Seasons Drive in Toronto's east end this morning.

Late Thursday afternoon, an adult and two children were struck by a vehicle in the St. Clair Avenue and Bathurst Street area. The victims were taken to hospital with minor injuries.

North of the city, police in Richmond Hill were investigating an apparent hit-and-run incident on Yonge Street, north of Stouffville Road, that left a 30-year-old man dead in the early hours of Thursday morning.

The victim in the Richmond Hill collision was hit by at least three vehicles, including a police cruiser.