Parents at a west-end daycare are left scrambling to find new facilities after the new owner announces a major rate hike. 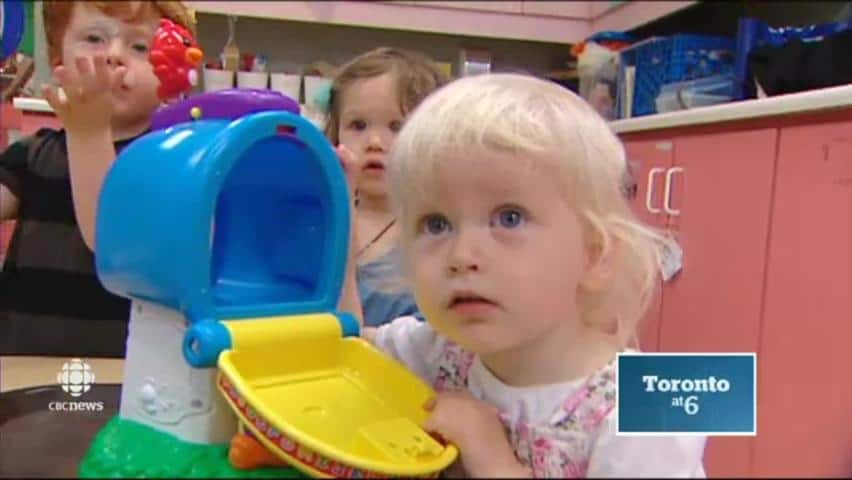 7 years agoVideo
2:09
Parents at a west-end daycare are left scrambling to find new facilities after the new owner announces a major rate hike. 2:09

Parents at a west-end daycare took home an unpleasant surprise last week — word of a big rate hike that has left many scrambling to find new facilities.

Area mom Shannon Kohlmeier has been bringing her two small kids to Swallows Day Care, near Bloor Street West and Ossington Avenue, since they were babies. Right now she and her husband, who own two nearby restaurants, pay $1,900 per month.

“I never in a million years dreamed this could happen to us,” she said.

“Think of a situation in which your fees would go up that much in 48 hours — your cellphone? No. Your mortgage? No. The dinner you're eating at a restaurant? No. We are totally at their mercy.”

The new owner told CBC News she plans to add a new, healthy menu and redo the building’s interior -- all part of a plan approved by the city.

The city says it works on budgets with all new daycare operators, but has no say on what they charge. Neither does the province.

The Toronto Coalition for Better Daycares says parents are on their own in such situations, and says it’s better to go with a not-for-profit daycare, which are more accountable.

From a report by Shannon Martin