Danforth East residents sleep outside in fundraiser for Syrian refugees

Residents in East Danforth will sleep outside in tents Saturday night to show solidarity with Syrian refugees — and to raise money to help bring them to Canada. 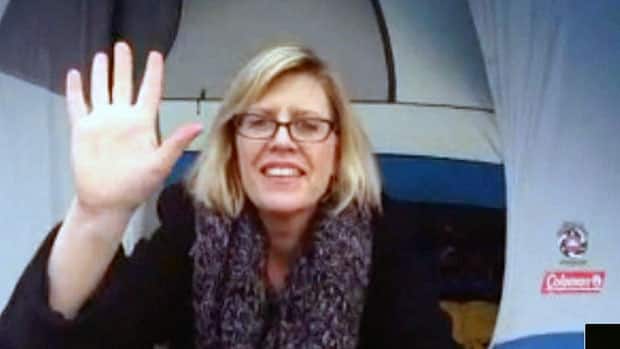 Sleeping outside for Syrian refugees

Residents in East Danforth will sleep outside in tents tonight to show solidarity with Syrian refugees.

The roughly 75 campers are also raising money to help bring the refugees to Canada.

Elizabeth Dove, with the Danforth East Community Association, is the lead organizer for the event, dubbed Sleep out for Syrians. They are partnering with The Neighbourhood Group, which is involved with helping Syrian refugee families.

She said they had been talking about doing something, but their words were spurred to action after they saw the devastating image of a drowned Syrian refugee boy, Alan Kurdi.

The temperature is expected to fall to about 0 C overnight, which Dove said is similar to the temperatures in Jordan and Turkey, where many Syrians have been living in refugee camps.

"I can handle it for one night if it will help some of them come here for a better life," participant Sarah Brown said.