A woman charged after scaling a downtown Toronto crane, forcing a rescue that made headlines across the country, was granted bail at a court appearance today.

'The fact that she did it, did not surprise me,' said Sara Burton, a friend of Marisa Lazo

The woman who scaled a construction crane in downtown Toronto and forced a daring rescue by emergency crews received bail at a court appearance today.

Marisa Lazo, 23, was granted release on $500 bail on the condition she not enter construction sites or go on any rooftops.

She was arrested yesterday after an hours-long rescue by Toronto Fire Services. The spectacle drew a crowd at the scene and attention on screens around the world.

Lazo was charged with six counts of public mischief.

At least two of Lazo's friends were at the courthouse, and told reporters gathered outside that to their best knowledge, Lazo does not have mental health issues.

"The fact that she did it did not surprise me, or her ability to do it," said Sara Burton, who identified herself as a friend of Lazo's. "Because she's always been an adventure-seeking girl, there for the thrill of it."

An Instagram account belonging to Lazo featured several photos of the 23-year-old standing or dangling her feet on the ledge of Toronto buildings.

Lazo is due to appear in court again in May. 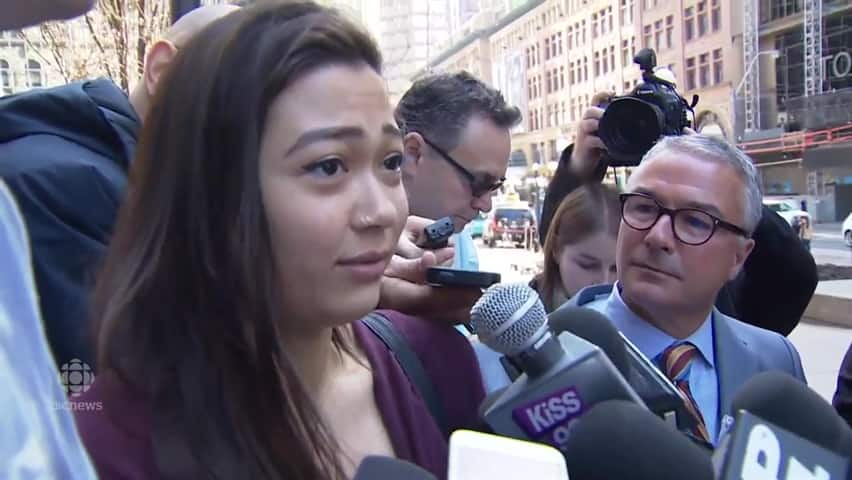 4 years ago
0:32
Sarah Burton, friend of Marisa Lazo who was rescued from a 12 storey crane, describes Lazo as am "adventure-seeking girl." 0:32
CBC's Journalistic Standards and Practices|About CBC News