York Regional Police and the Ontario SPCA are hunting for two animals believed to be coyotes or feral German shepherds in Markham, just north of Toronto, after two women were injured in attacks Monday.

'These are wild, feral animals,' police warn after attacks 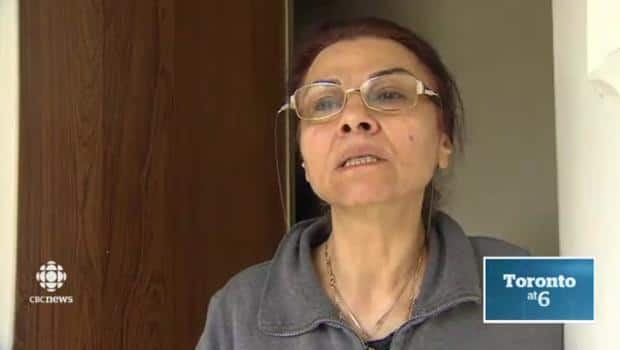 York Regional Police and the Ontario SPCA are hunting for two animals believed to be coyotes or feral German shepherds in Markham, just north of Toronto, after two women were injured in attacks Monday.

Wendy Ingram was walking on King’s College Road in Markham when she was bitten.

“I heard the dogs barking, but I thought, just ignore them and I just kept walking, and the one leapt at my right leg and I could feel the fangs go into me,” Ingram said.

She is taking medication for the pain and will need to have a series of rabies shots.

The animals fled after officers used pepper spray to repel them from a backyard.

Later that same day, officers again came in contact with two animals. One was believed to have been shot in the shoulder before fleeing into the woods.

One of the animals also attacked Manizhe Sabet, tearing a hole through her pants and biting her hip.

Const. Laura Nicole with York Regional Police said they are confident the animals are wild.

“These are wild, feral animals, whether they're dogs or coyotes, we don't believe these are domesticated animals whatsoever,” she said.

The city is advising the community to be vigilant about safety and has cancelled city-run recreational activities in the area.

“These animals have not been seen today by authorities," the city of Markham said in a release Tuesday. "Residents in any wooded or ravine areas in the area bordered by Highway 407, John Street, Bayview Avenue and Highway 404 are strongly urged to exercise caution and keep their children and animals closely supervised until these dangerous animals are removed.”

“We want to make sure that no one approaches the animals,” said Brad Dewer from the SPCA.

“Don't try to entice them with food, don't try to confine them in your backyard, report it right away.”