COVID and cottages: Learning to coexist in Muskoka during a pandemic

With Premier Doug Ford likely to allow eased COVID-19 restrictions in time for the Victoria Day long weekend, the Township of Muskoka Lakes mayor says year-round residents and cottagers will need to figure out a balancing act to coexist in the same place.

Short of barricading the roadways, there's no stopping Ontarians from heading to their cottages as the weather slowly starts to turn — and the mayor of the Township of Muskoka Lakes knows it.

Now, with Premier Doug Ford signalling eased COVID-19 restrictions in time for the Victoria Day long weekend, Mayor Phil Harding says year-round residents and cottagers alike will need to figure out a balancing act to coexist in the same place.

"They are coming. No matter what it is we do, either the premier needs to lock down the highways, or we need to find a respectful dialogue for if and when people do arrive at their secondary homes," Harding told CBC Toronto.

"I think the right messaging remains that if you don't have to go, please don't go. Essential travel is the only travel that should be happening. Non-essential travelling should be limited."

Ford said Tuesday that he has scheduled a call with regional mayors in cottage country this week to discuss the issue, and noted that any rollback of restrictions is contingent on the province's case counts continuing to drop.

"I'm getting calls [asking], 'Why should I pay my taxes if I'm not allowed to go up to my cottage?'" Ford said.

Previously, the answer to that question was rural regions had less capacity in their health-care systems to manage a COVID-19 outbreak.

But physical distancing measures have allowed the province's hospitals to largely weather that storm thus far. In Muskoka, Harding said, there have been a few hospitalizations, as well as one man in his 80s who died after contracting the virus. Other infected people were sent home to isolate and recover.

"Our ER visits have been down, so our health-care system is managing its way through this," Harding said.

That doesn't mean everything has been rosy. Disagreements have sprouted between cottagers and year-round residents in recent weeks, as "a number of seasonals" have already been in the region for a month and a half, Harding said.

"There have been one or two incidents with some people very upset, and rightly concerned, that a virus would be coming up with a seasonal resident," Harding said.

Pete Lucero, a long-time resident who runs a hot dog stand in Muskoka called Pete's Links, said there were some issues with Torontonians early on in the pandemic. Some were panic buying in grocery stores, leaving little for local residents, he said.

Others would show up at his business and say they just arrived in town.

"Well what are you doing out?" he said, incredulous. "You're supposed to be in isolation. It wasn't everybody, it was a few — but those few ruined it for everybody." 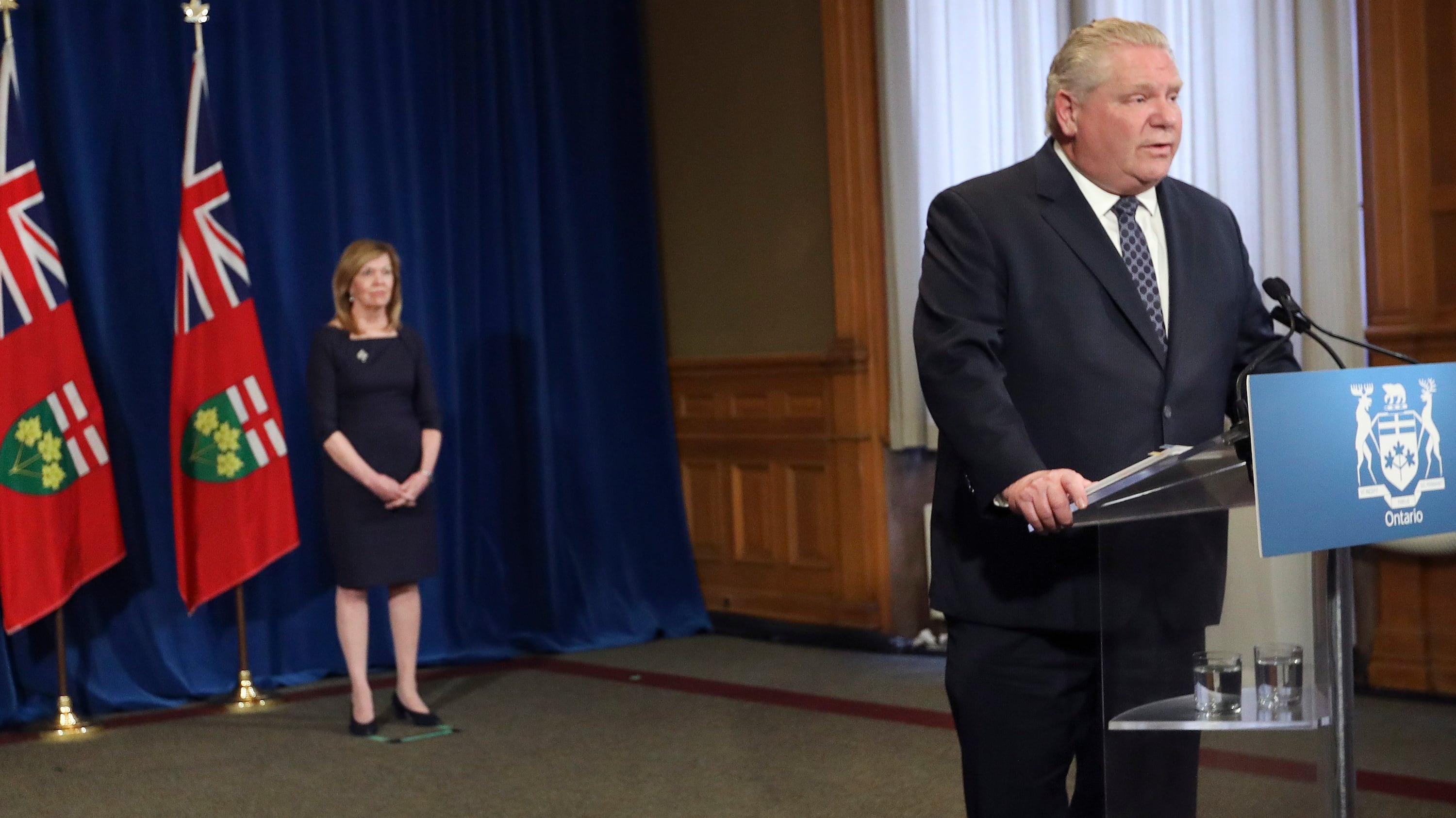 10 months ago
2:25
'It's going to be hard to hold back people going to their cottages,' says Doug Ford, as the May 24 weekend beckons after long COVID-19 isolation 2:25

That panic has since settled, Lucero said, with people largely much more calm now and paying attention to physical distancing measures.

Geordie Newlands, owner of SWS Boatworks in Muskoka, told CBC News that most people in the area understand "everyone is in this together.

"There's been some hate, but I think everyone needs to rally together and take the necessary precautions to make sure it doesn't spread through the community," he said.

A 'responsible and thoughtful' reopening

In a letter sent this week to Ford and area MPPs, the Federation of Ontario Cottagers' Associations said the province needs to begin rolling back restrictions, but also must ensure it's done in a "responsible and thoughtful way."

Thousands of people in Ontario, the letter notes, can only access their properties by boat, and need to get to their cottages to inspect for damage and check for flooding.

The province announced last week that it is allowing some workplaces to reopen, and marinas are among them — but only for servicing and to get boats into the water, not to fully open to the public.

"We need people here. We need the restrictions to be lifted in order to be able to operate and for our staff to be able to collect a paycheque," he said.

"[They] rely on cottagers to keep their businesses going," he said.

Not business as usual

So, if people from the GTA are heading to Muskoka, how can they best protect themselves and area residents?

Harding says if people are coming, they should bring their own groceries with them, even if most stores are now providing curbside pickup, as well as online and phone ordering.

"Don't assume that everything is going to be business as usual," he said.

Isolation is also key, he said. Anyone showing up in Muskoka needs to stay on their own property and limit interactions with other people.