School boards will have no choice but to collapse and combine some classrooms when school starts this fall as administrators take into account the number of students opting for online learning, the head of Ontario's trustees association said.

School boards will have no choice but to collapse and combine some classrooms when school starts this fall as administrators take into account the number of students opting for online learning, the head of Ontario's trustees association said.

Cathy Abraham, who is president of the Ontario Public School Boards' Association, said the decisions will vary at different boards — and happen on a school-to-school basis — as in-person enrolment numbers are finalized.

"We are aware of situations in the province where classes are being collapsed," she said. "If they're being collapsed it is because of a need to fulfil ministry directives and parents should check with their school boards if they have concerns about their own children's class size."

Abraham said boards do not have the option to maintain lower class sizes by not filling spaces left by students opting for online learning because of the COVID-19 pandemic.

School boards must adhere to funding agreements with the Ontario government which means class sizes will remain the same despite the student opt outs, she said.

Enrolment numbers are still being finalized at many boards and it may mean classes are collapsed, or split classes are created, to reach the right government-approved levels in the coming weeks, she said.

The complicated formula has many parents confused, Abraham said.

"I understand why people are kind of surprised to be hearing about this," she said, adding that school boards are dealing with regularly changing requirements from the government because of the pandemic.

"I get why parents and teachers alike are anxious about not knowing for sure what's going to happen. It is very challenging and this is what keeps trustees and directors of education and superintendents and principals up at night."

Abraham said class sizes may not be a problem in smaller rural schools where COVID-19 case numbers are lower and more students return for in-person class.

But larger urban schools may be left to re-organize classes as more students opt out, she added.

Abraham acknowledged this will also be a challenging situation for teachers who may be re-assigned to teach virtual classes or other grades with very little notice.

"You may have been a Grade 3 teacher last year and this year we're saying, 'Well, because of the number of kids staying home, we've had to collapse these classes and now you're going to teach Grade 4," she said. "They can do it, but they don't have lesson plans ready so it's not really fair to them."

NDP education critic Marit Stiles, who is a former school board trustee, said collapsed and combined classes are an outcome of the government's school reopening plan, which does not mandate or lower class sizes at the elementary level.

"I feel bad for families who thought maybe if they kept their kids home that would make it easier for others to have smaller class sizes because that has never been part of the plan," she said. "Without a cap on class sizes, (boards) will have to reorganize classrooms to meet the government requirements."

Stiles said collapsing classes may actually make some class sizes larger in some instances and result in teachers being reassigned.

Some boards are still trying to shrink class sizes where they can, but there are few options within provincial funding which is based largely on the number of students in a given classroom, she said.

"Most boards out there are scrambling, as they have been for weeks and months, to try to find ways to reduce those class sizes," Stiles said. "But there is limited flexibility."

"We will never hesitate from taking further action to protect the health and safety of Ontario's students and education staff," Caitlin Clark said in a statement.

On Tuesday, Education Minister Stephen Lecce confirmed that boards are currently working to combine classes where required, but said the practice is not out of the ordinary. The situation will "stabilize," he added.

"The difference this year is that it's happened a bit earlier because we want to make sure we are ready for September," Lecce said. "And we don't have parents walking in with children, to the extent possible, in September. We really want to mitigate that for the purposes of contact management and tracing and to ensure distancing." 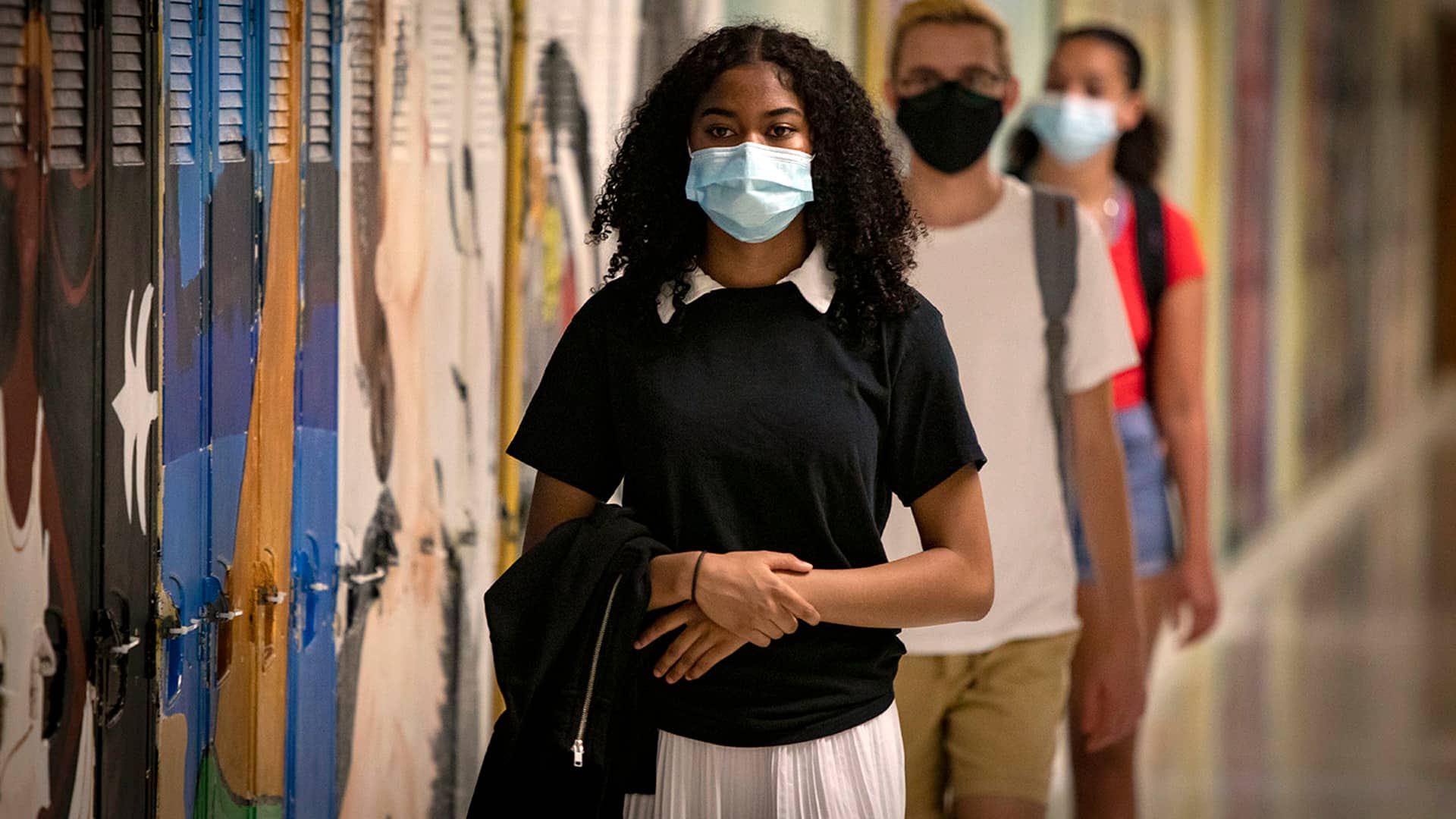 What class will look like in Canada’s biggest school board

3 months agoVideo
2:13
CBC News gets a look at how two schools in the Toronto District School Board, Canada’s largest, are preparing for teachers and students to safely return to class during the COVID-19 pandemic. The board has been tweaking its plan based on feedback from teachers as opening day draws closer. 2:13

The president of the Ontario English Catholic Teachers' Association said Lecce is wrong and this is not normal.

Liz Stuart said schools are forced to rejig classes despite their desire to cut class sizes to encourage physical distancing.

"What's happening in some locations is they'll amalgamate two classes so I'm back to my 28 students."

Stuart said it's also prompting some schools to combine multiple grade levels into one class to achieve the government standards. Those situations did happen at smaller schools before the pandemic, but it is now occurring in larger schools too, she said.

"You could have a class where you have Grades 4, 5, 6 and 7," Stuart said. "It's just the way the numbers have fallen out, so you put all those students together and that is some poor soul's assignment."

Premier Doug Ford said Monday that he was not aware of boards collapsing classes, but acknowledged it could be occurring.

On Tuesday, Ford toured a Toronto school to see pandemic health and safety measures that have been put in place.

WATCH: What class will look like in Canada's biggest school board 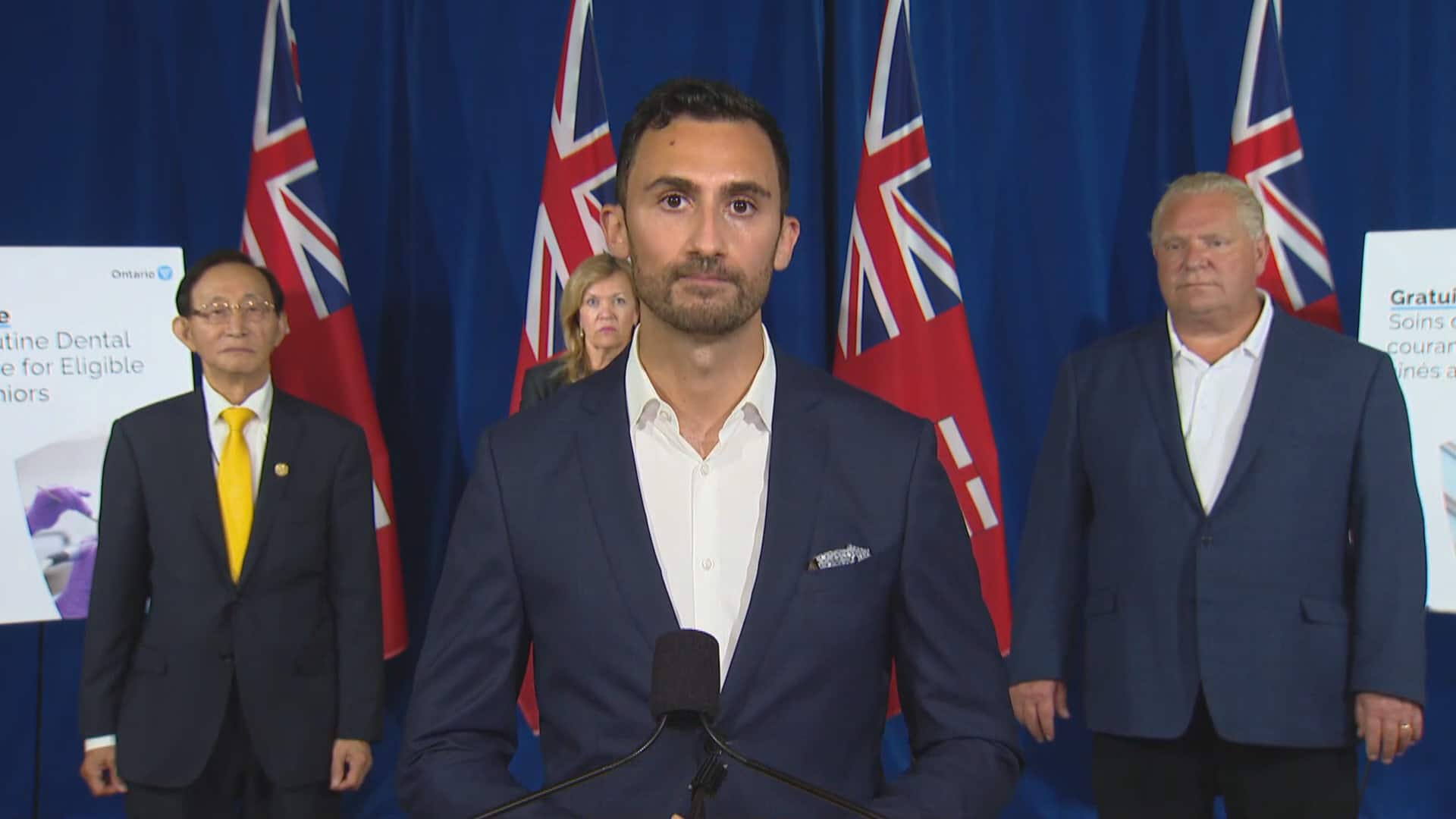 3 months agoVideo
4:13
Ontario education minister Stephen Lecce was asked about the government combining and collapsing classrooms to account for students who opted for online learning rather than lowering class sizes. Here’s what Lecce had to say. 4:13

"Our schools are adapting to the new reality of COVID-19, and I'm happy to see our government's investments are being put to good use with public health measures that will ensure students and staff are safe when they return to school in September," he said in a statement.

A spokesman for Canada's largest school board said in a typical year reorganization of classes happens within the first two weeks of school each year.

"This year, based on recently received student registration information, we are actively working on that process prior to school starting to ensure classes — both in-person and virtual — are as balanced as possible when school begins," said Toronto District School Board spokesman Ryan Bird. "With that in mind, we don't anticipate a larger number of combined classes."