The province reported an additional 411 cases, the fewest in more than eight months, while the positivity rate of tests for the virus fell to a level not seen in the province since late February.

The province reported an additional 411 cases, the fewest in more than eight months, while the positivity rate of tests for the virus fell to a level not seen since late February.

That news comes with an important caveat: the delta variant of concern, first identified in India, continues to threaten a potential fourth wave of the pandemic in at least one especially hard-hit area of the province.

At a briefing this morning, Peel Region's local medical officer of health said that providing second doses of COVID-19 vaccines for residents in key hot spots could prove essential to keeping the delta variant in check.

Dr. Lawrence Loh said that, in his jurisdiction, a "potential fourth wave" driven by the variant is "brewing right now."

The more transmissible strain continues to spread in a number of health units, especially in Peel and Toronto, and the currently-available vaccines offer only a 33 to 55 per cent effectiveness against it after a single dose, Loh added.

Ontario's COVID-19 Science Advisory Table has recommended that second shots of vaccines be focused on regions where the delta variant is ascendant, though the government has thus far chosen to stick with per capita allocations.

"We going to try to just get second doses out there as quickly as possible," Loh said during a morning news conference.

"We want to get second doses out to our community as soon as possible and any assistance that we get from the [Ministry of Health] both with respect to expanded eligibility as well as additional supply will be absolutely vital to meeting that."

From late April through mid-May, the province sent an additional percentage of vaccine doses to 114 hot spots in a bid to get more initial shots completed. That ended in mid-May, when doses were then distributed on a per capita basis to health units.

Dr. David Williams, Ontario's chief medical officer of health, said this week that right now there are enough vaccine shipments to meet provincewide demand without diverting extra doses to hot spots. He added, though, that could change if necessary.

"All things are possible if we need to do it, and we're prepared to take action if we need to," Williams said.

1 year ago
Duration 8:40
Moving into the first phase of its reopening plan on Friday is the right move for Ontario, says infectious diseases specialist Dr. Isaac Bogoch. Restaurant patios and outdoor exercise facilities are among the businesses that will be allowed to open and they are not drivers of the COVID-19 pandemic, he says.

Dr. Isaac Bogoch, an infectious disease physician and member of Ontario's COVID-19 vaccine task force, agreed that communities with a concerning number of delta variant cases should have priority access to second doses.

"Does that mean you need to allocate 50 per cent of your vaccines for second doses into those communities? No, absolutely not," Bogoch said.

Given the reduction in the number of current hot spots, particularly those seeing significant spread of the delta variant, it would only be a small percentage of additional doses that need to be diverted, Bogoch explained.

The magnitude of the benefit from doing so will decline as cases do, he added.

Spread of the delta variant has also led some medical and public health experts to advocate for a shortened interval between doses for those Ontarians who got a first shot of the AstraZeneca vaccine.

Currently, the wait is at least 12 weeks, whether they want a second dose of AstraZeneca or an mRNA vaccine like Pfizer or Moderna. Meanwhile, many of those who received a first shot of an mRNA vaccine are getting their second doses sooner.

"That hasn't happened yet — I would hope that that would happen."

The Ontario health ministry, for its part, said on Wednesday that it will keep the 12-week interval for AstraZeneca recipients when it comes to their second doses and when different brands of vaccine are administered. This announcement comes despite calls for a shortened window. 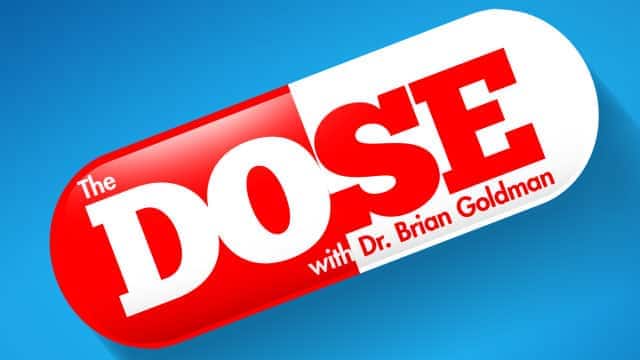 The Dose23:18Are you having a two-dose summer? What’s safe to do if you’re fully vaccinated
More and more Canadians are getting their second dose of COVID vaccine. So what's safe for you to do if you're heading into a two dose summer? Can you travel? Hug your grandkids? Go to restaurants? Infectious diseases specialist Lynora Saxinger has the answers for what life can look if you're fully vaccinated.

"Given we know that two doses of AstraZeneca at a 12-week interval provides a better immune response than over a shorter interval, Ontario currently recommends the same interval for mixed doses in effort to get the best immune response possible for all Ontarians," the ministry said in an email.

This morning, the Ministry of Health reported the deaths of 33 more people with COVID-19, though in an email a spokesperson said 11 of those deaths happened throughout April and May.

Today's case count is the lowest since September 25, 2020 and notably less than last Wednesday, when the province logged 733 new infections.

Labs completed more than 30,000 tests and Public Health Ontario reported a provincewide positivity rate of 2 per cent. The last time the positivity rate fell that low was on Feb. 25, 2021, and the seven-day average of positivity continues to decline week over week.

Similarly, the rolling seven-day average of daily cases dropped to 657, its lowest point since Oct. 8.

As of yesterday, there were 466 people with COVID-related illnesses being treated in intensive care units. Of those, 314 needed a ventilator, a slight uptick from the day before.

Public health units collectively administered another 177,506 doses of COVID-19 vaccines yesterday, the most-ever on a Tuesday by a significant margin and the second-most ever on a single day.

Ontario is now averaging more than 150,000 shots per day and roughly 62.1 per cent of the province's total population has had at least one dose.

With files from Lucas Powers and Willow Smith of The Dose