Ontario wants to avoid imposing lockdown-style measures to combat a second wave of COVID-19, but is prepared to take 'targeted action" such as closing certain higher-risk businesses, CBC News has learned.

Ontario wants to avoid imposing lockdown-style measures to combat a second wave of COVID-19, but is prepared to take "targeted action" such as closing certain higher-risk businesses, CBC News has learned.

CBC News obtained a copy of Ontario's fall pandemic preparedness plan, still in draft form even as Premier Doug Ford's government is in the midst of announcing some of its elements.

The 21-page draft, provided by a government source this week, acknowledges the recent upsurge in new COVID-19 cases, and lays out three possible scenarios of what the second wave could look like: small, moderate or large.

Whichever scenario plays out, the plan favours responding with targeted restrictions, rather than widespread closures or a lockdown.

"If there is a resurgence of COVID-19, either locally or province-wide, targeted action may be taken to adjust or tighten public health measures," says the document.

"The return to an earlier stage of provincial reopening, or even regional approaches to tightening would be avoided in favour of organization-specific or localized changes."

CBC News asked Ford's office on Wednesday evening for comment about the plan. A spokesperson said the document is an early draft, "which has since evolved considerably.

"It should not be considered complete," said Ford's director of communications, Travis Kann, in an email. "We look forward to continuing to release the full details of the final plan."

Ontario is currently seeing a marked upswing in infections, with the daily numbers of new cases hitting levels not seen in four months. There have been on average 386 new confirmed cases reported daily over the past week, while that figure was 337 in the final week of May.

At that time, all regions were still in Stage 1 of the province's reopening plan, with restaurants and bars shut. Case numbers were on a downward trend.

The draft plan says if cases start rising "a specific workplace or organization could be closed for a period of time or have additional public health measures or restrictions applied, or a certain type of higher-risk business in a local area might be closed until trends in public health indicators improve."

The plan commits at least $2.2 billion to the pandemic response. The biggest single item is nearly $1.4 billion on a range of public health measures, including increased capacity in testing, labs, contact tracing, and efforts to prevent transmission of the novel coronavirus.

Other dollar figures in the plan include:

An additional $90 million is labelled "TBC" (to be confirmed) for a wage enhancement for personal support workers in home and community care.

So far, the government has released two elements of the plan: the upcoming flu vaccination campaign and the expansion of COVID-19 testing to some pharmacies. Ford is expected to reveal more on Thursday, but the full plan was not to be rolled out for several more days. 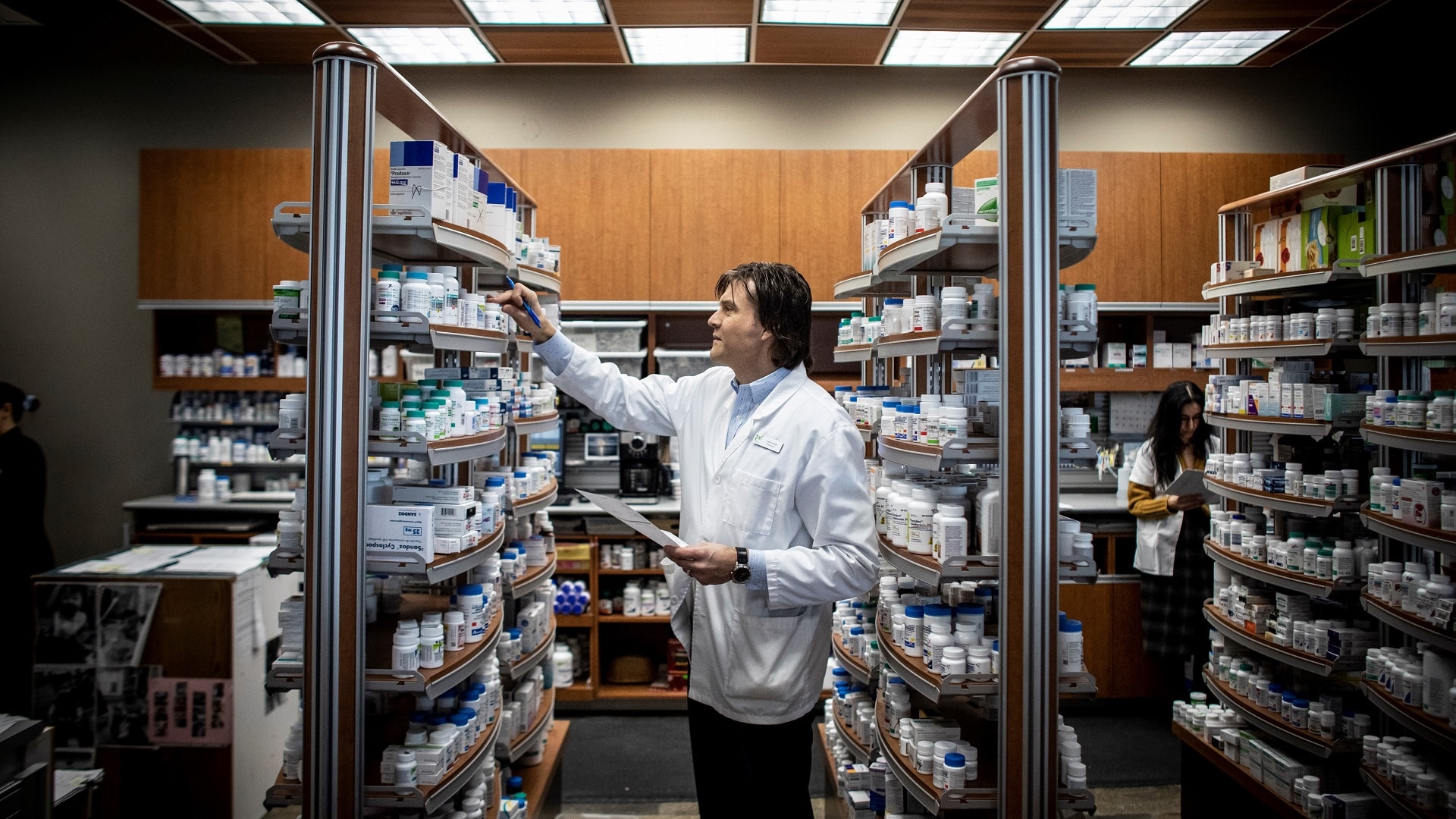 1 month ago
3:30
'I see a lot of problems here,' says infectious disease specialist Dr. Zain Chagla, of Ontario's push to get asymptomatic people tested in pharmacies. 3:30

Parts of the plan that have not been revealed include expanding testing capacity to 50,000 tests per day, with the ability to ramp up to 100,000 tests per day as needed. The plan also says the province will adopt new testing technologies, including saliva tests and tests that can be processed at the point of care.

The document sets out some benchmarks for success in the public health response to COVID-19. The province wants the positive test rate running no higher than three per cent. It's aiming for at least 80 per cent of all test results to be completed within 48 hours.

And it wants 90 per cent of all people who test positive for the virus to be contacted within 24 hours.

There is mixed success with some of these measures right now. The positive test rate province-wide has averaged 1.1 per cent over the past week. The turnaround target for lab tests is currently being met only 68 per cent of the time in Toronto.

The plan does not state any specific benchmarks to trigger tighter pandemic restrictions. The decision would be based on more than just the daily case count, says the document. The number and type of outbreaks, hospitalization data, and the input of local medical officers of health would also be factored in.

Private medical clinics would be paid to help clear the backlog of thousands of procedures that were postponed during the spring wave of the pandemic as hospitals tried to clear space.

The Ministry of Health will address the backlog in part "through innovative channels such as the use of independent health facilities that can deliver additional publicly funded surgical and diagnostic imaging services," says the document.

The document says the health system is facing challenges that weren't present during the initial spring wave of COVID-19.

Overcrowding at hospitals is one of them, as patient volumes are beginning to return to pre-pandemic levels. Hospitals and long-term care homes now have less space for patients and residents as they have had to reduce the number of multi-bed rooms to ensure physical distancing.

There's also a shortage of health-care workers, particularly in home and community care, according to the plan.

The draft document says the province will take action on what it calls "health behaviour surveillance" as part of its efforts to slow transmission of COVID-19.

There are no dollar figures attached to this, but the document says the aim is "to track adherence to public health measures across Ontario."