Anxiety about COVID-19 is following us into our dreams, say researchers

"If you’re having strange dreams, you’re not alone," says a University of Toronto graduate researcher.

Respondents to a U of T survey reported uptick in vivid dreams, nightmares during pandemic

New research from the University of Toronto suggests the uncertainty and anxiety of the COVID-19 era is showing up in our dream lives.

Surveying 84 U of T students, graduate researchers Erica Kilius, Leela McKinnon and Noor Abbas found that three-quarters of respondents felt their dreams had changed since the pandemic began.

"If you're having strange dreams, you're not alone," said McKinnon, a PhD student in evolutionary anthropology.

Mckinnon told CBC Toronto that respondents to the survey reported dreams that were more vivid than usual, and featured friends and family more often.

"We [also] found that a lot more of the dreams reported were actually nightmares," she said.

The recent U of T findings are part of a wave of interest and investigation into pandemic dreams, which has included other academic research into COVID-19 dreams, as well as blogs, Instagram accounts, and even art projects. 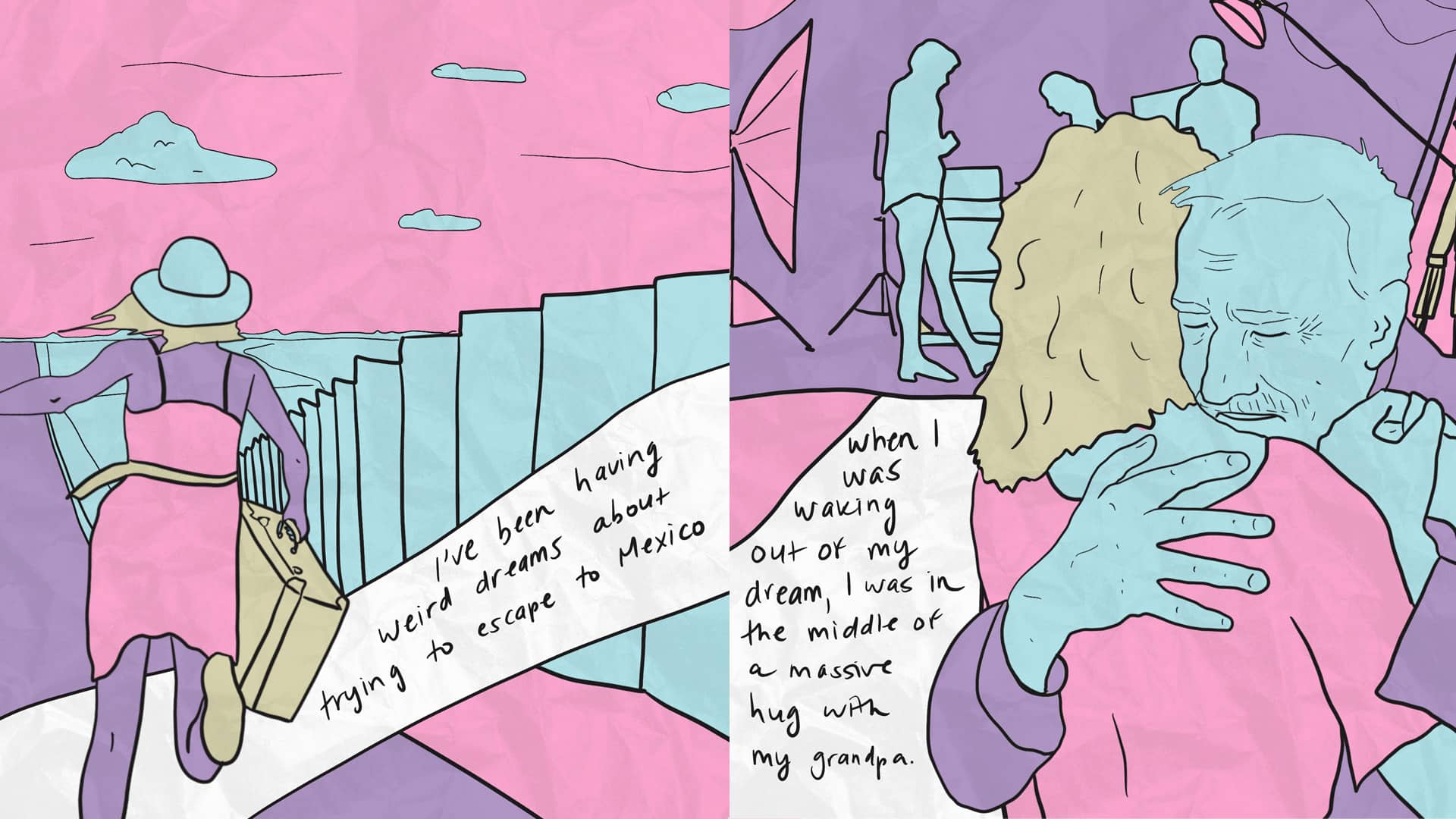 Having COVID-19-related dreams? Two Toronto filmmakers want to draw them

10 months ago
2:35
Hanna Jovin and Adrian Morphy say many, including themselves, have been experiencing strange and vivid dreams since the pandemic began and the pair decided to illustrate and share them on social media. 2:35

About one-third of the students surveyed had dreamed specifically about the pandemic — for instance, a dream about being trapped in a grocery store as hands reach out to touch you from all sides.

Then there were unpleasant dreams that don't directly feature pandemic imagery, like one described by a student in which a giant wave comes towards them, trying to pull them into the ocean.

"They told me about these really intense feelings of being stuck and not able to move," said McKinnon.

The research also revealed some marked differences in how different groups are processing their pandemic anxiety, with female respondents reporting more negative dreams in which they were on the receiving end of physical aggression.

"It indicates to us that there could be gendered differences in how people experience stressful events like COVID-19, which then makes its way into our subconscious," said Erica Killius, who is also a PhD candidate in evolutionary anthropology.

Give yourself time to wind down

"We've heard from a lot of people who are really bothered by these dreams," said McKinnon. "It's probably good to recommit to good sleep principles."

Kimberley Cote, a psychology and neuroscience professor at Brock University and former president of the Canadian Sleep Society, agrees.

Given the pandemic, it is more challenging right now to keep a set sleep schedule and give yourself enough time to relax in the evening away from the blue light of your devices, she told CBC Toronto.

"My advice would be to really make sure that you have a regular bedtime and wake-up time," she said.

Cote also suggests using techniques like reading, a hot bath or meditation to calm down at the end of the day — and to watch what you consume in the lead-up to lights out.

In other words: "Don't try and go to sleep immediately after watching the news."