Ontario Premier Doug Ford's mother-in-law, a resident of a Toronto long-term care home ravaged by COVID-19, has tested positive for the disease.

The premier's office confirmed the diagnosis on Thursday afternoon, shortly after Ford wrapped up his daily news briefing on the novel coronavirus.

During the news conference, a visibly shaken Ford paused to gather himself after recounting images and stories of families with loved ones in long-term care, before pledging to improve the system that's been hard hit by the pandemic.

"I recognize the system is broken," he later said. 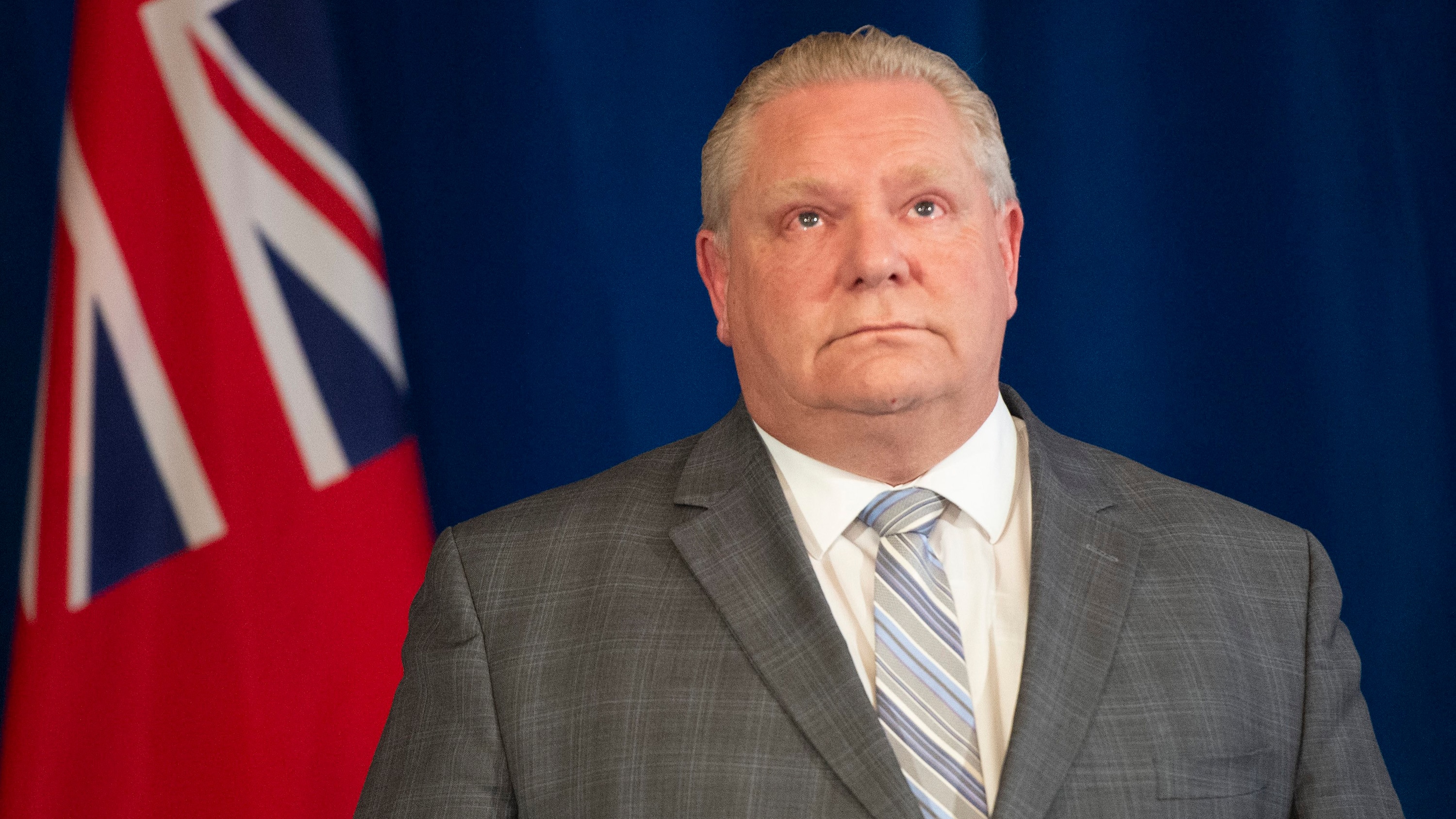 6 months ago
1:06
"My heart breaks for the people and their families," premier says at daily COVID-19 news conference 1:06

Ontario reported 634 newly-confirmed cases of COVID-19 Thursday, while hospitalizations from the disease rose only slightly and the number of patients in intensive care and on ventilators went down.

According to the province, 516 of those deaths have occurred in long-term care facilities.

Ford's mother-in-law is a resident at the West Park Long-Term Care home, where at least 13 people have died due to COVID-19 as of Thursday.

Here's a breakdown of the number of deaths at long-term care and retirement homes across the province, as compiled by CBC News:

On Thursday, the Ministry of Health also changed how it is reporting on COVID-19 in long-term care and retirement homes. It is now providing figures consolidated directly from the Ministry of Long-term Care, which the province says will lead to more timely information when its daily update is published each morning.

The previous system was hamstrung by lag times in how the data was collected and eventually compiled, thus offering only a partial picture of the current situation.

The change comes one day after public health officials said they plan to test all 78,000 residents and 56,000 health-care workers in long-term care homes, despite previously resisting such a measure.

Ford also called for military backup for five of the hardest-hit nursing homes, though the province has not announced which facilities those will be. This morning, Minister of Public Safety and Emergency Preparedness Bill Blair said on Twitter that Ford's request for support from Canadian Armed Forces personnel has been approved.

"Long-term care is a unique vulnerability in this pandemic," Blair said.

In his own daily COVID-19 briefing, Prime Minister Justin Trudeau called the situation in long-term care facilities throughout the country "unacceptable" and that "we need to to better."

"We are failing our parents, our grandparents, our elders — the greatest generation who built this country," he told reporters.

There are currently outbreaks in 132 long-term care facilities in Ontario, or just over a fifth of the 626 homes province-wide. Some 2,189 residents have been infected by the novel coronavirus, while 1,058 staff members have tested positive.

The province also announced on Thursday a new plan to protect vulnerable residents outside of long-term care settings.

Facilities where the risk of spreading and contracting COVID-19 is higher include homeless shelters, and the providers of services for Indigenous residents, survivors of domestic violence, people with developmental disabilities and children.

Todd Smith, Minister of Children, Community and Social Services, said the new "vulnerable populations COVID-19 action plan" will go into effect within the next 48 hours.

The new strategy includes enhanced screening of residents, staff and visitors at those facilities, in addition to more testing for COVID-19.

Smith said the new policies will help "stabilize outbreaks in many of these settings."

The total number of people battling COVID-19 in Ontario hospitals increased slightly, up to 887 from 878. But the number of those cases being treated in intensive care units went down from 243 to 233, as did the number of patients on ventilators, which dropped to 185 from 192.

Further, the province says it processed 10,214 novel coronavirus tests since its last update. In a briefing two weeks ago, public health officials said they hoped to be doing up to 12,000 tests daily by today. Another 6,757 samples are still waiting to tested.

Meanwhile, the province has extended a number of pandemic emergency orders that had been set to expire.

The orders mean the closure of parks and recreational areas, non-essential workplaces and restaurants will continue until at least May 6.

The extension also keeps in place restrictions that limit staff to working in only one long-term care or retirement home.