At his daily news conference, Ford called the numbers in Toronto and its outlying Peel and York regions "extremely, extremely concerning" and said all three are "staring down the barrel of another lockdown."

Ford added that his cabinet will be discussing new public health measures for them in coming days that could be announced on Friday.

"We have to do something," he said.

Ontario reported an additional 1,417 cases of COVID-19 early Wednesday, and 32 more deaths linked to the illness — the most on any single day during the second wave of the pandemic which is currently gripping parts of the province.

They push the seven-day average of daily cases, a measure that helps to paint a clearer picture of longer-term trends in the data, to 1,422.

Other regions that saw double-digit increases in Wednesday's report were:

Officials say 109 of the new cases are school-related: 92 among students and 17 staff. A total of 670, or about 13.9 per cent, of Ontario's 4,828 publicly funded schools have reported at least one case of COVID-19. Three schools provincewide are currently closed because of the illness.

The numbers do not warrant an extended winter break for students this year, said Education Minister Stephen Lecce.

Lecce said yesterday the government was in talks with health experts about possibly keeping schools closed for a period in early January. Classes would have continued online.

"An extended winter holiday is not necessary at this time, given Ontario's strong safety protocols, low levels of transmission and safety within our schools," Lecce said Wednesday. 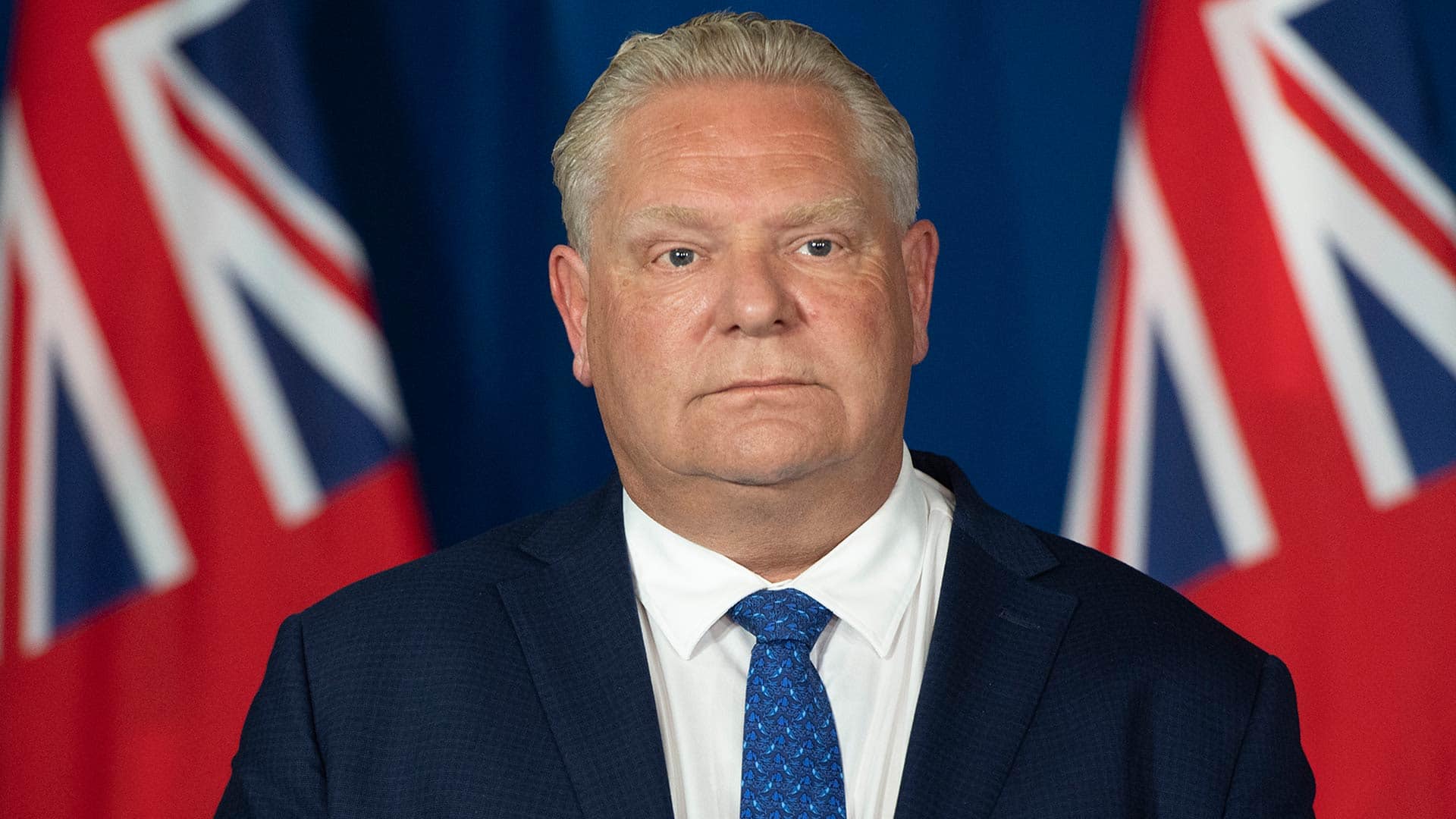 13 days agoVideo
1:53
The Ontario government is eyeing new restrictions for Toronto and Peel and York regions, as the province records 32 new deaths — a single-day high in the second wave. 1:53

Schools have been "remarkably successful at minimizing outbreaks," he said in a statement, despite increased community transmission of the coronavirus.

Toronto, Hamilton and the regions of Peel, York and Halton are currently in the province's highest, red "control" tier of its colour-coded COVID-19 restrictions framework.

Another seven are in the less-stringent orange "restrict" tier:

And yet another seven are in the yellow "protect" category:

There are currently 12,822 confirmed active cases of COVID-19 provincewide, 110 fewer than on Tuesday. Wednesday was the first time in about a month that the number of recoveries, 1,495, outpaced new infections.

Meanwhile, the number of people in Ontario hospitals with confirmed cases of COVID-19 climbed to 535, up six from yesterday. Of those, 127 are being treated in intensive care and 78 are on ventilators, three more than yesterday. A total of 38 patients with the novel coronavirus have been admitted to intensive care in the last three days.

The province's COVID-19-linked death toll grew to 3,415. The 32 additional deaths reported Wednesday is the most on a single day since June 6. Twenty-nine of the deaths were seniors over the age of 70, while 26 of those 29 were residents in long-term care.

[Note: All of the figures used in this story are found in the Ministry of Health's daily update, which includes data from up until 4 p.m. the previous day. The number of cases for any particular region on a given day may differ from what is reported by the local public health unit, which often avoid lag times in the provincial system.]

Health Minister Christine Elliott said Ontario expects up to 2.4 million doses of COVID-19 vaccines to be delivered between January and March.

Speaking at the provincial legislature, Elliott said about 1.6 million of Pfizer's vaccine — of the four million doses heading to Canada — will be distributed in Ontario during that time, and 800,000 doses of Moderna's — out of two million — are expected to provide will also be available, pending regulatory approval.

Neither vaccine has been given a green light by Health Canada. 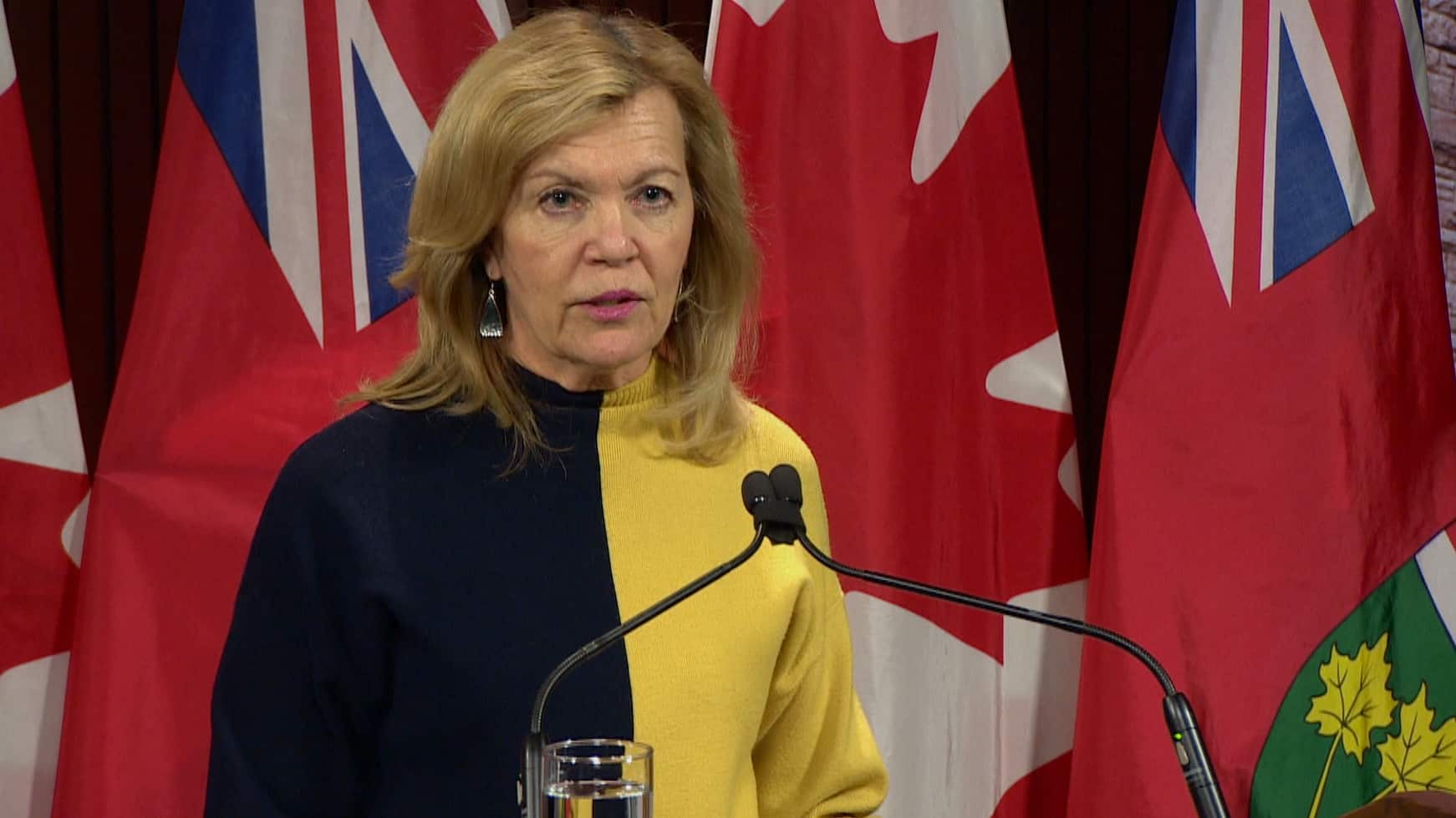 13 days agoVideo
0:50
Christine Elliott says the province will receive vaccines from Pfizer and Moderna between January and March. 0:50

Public health officials in Ontario have already said that the first vaccines available in Ontario will go to priority groups, such as front-line health-care workers and particularly vulnerable residents.

Elliott stressed that Pfizer's vaccine, which the company said today has shown up to 95 per cent efficacy, must be stored at nearly –80 C, creating a huge logistical challenge. Moderna's vaccine, reported to be about 94.5 per cent effective based on preliminary data, must be kept at –20 C.

Those receiving the vaccine must get two doses, administered 21 days apart.