A small group of seasonal businesses are being allowed to reopen Monday as Ontario takes steps toward easing the restrictions brought in to limit the spread of COVID-19. 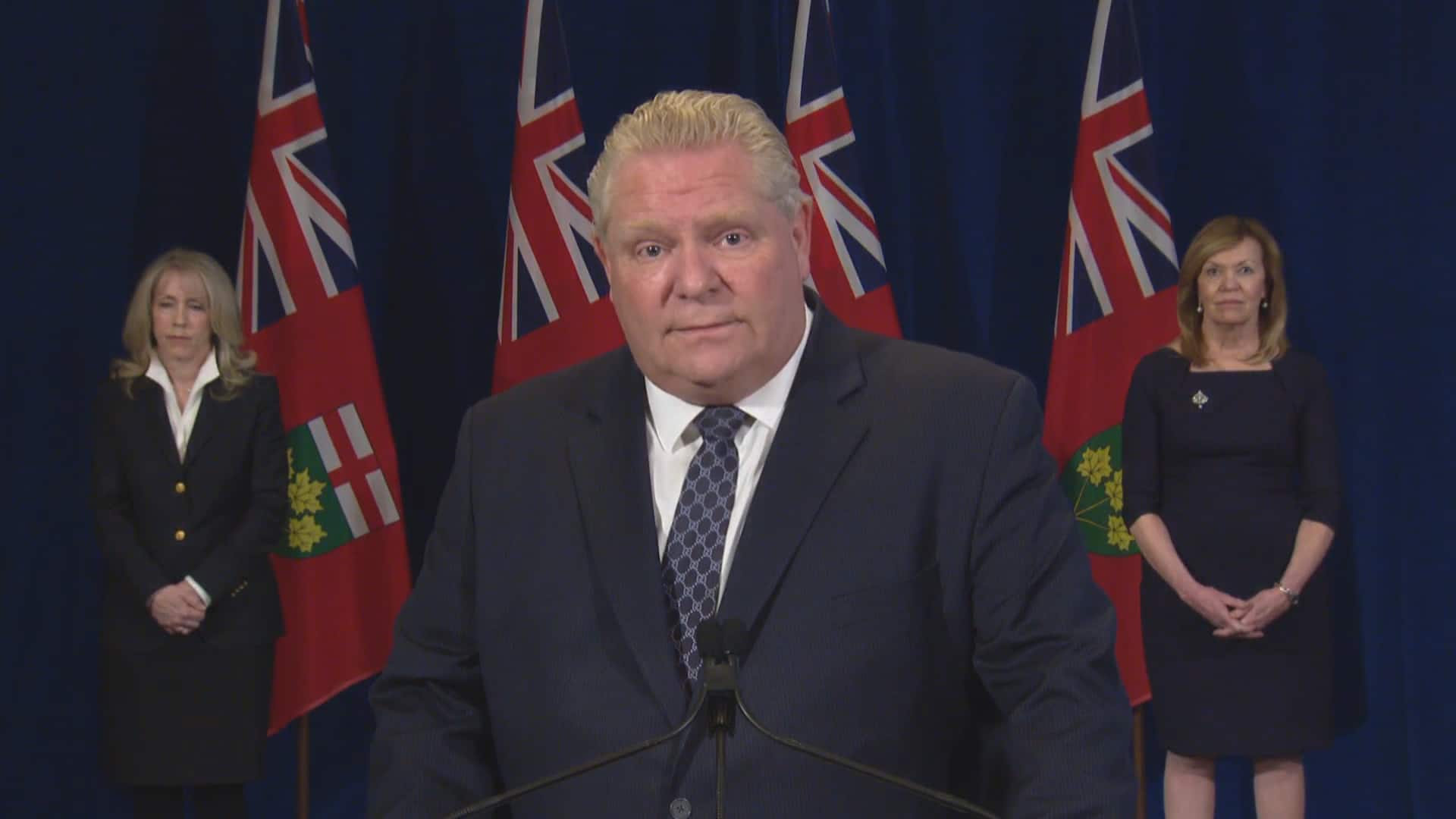 10 months ago
0:56
Premier Doug Ford talked about the possibility of people being able to head to their cottages at his daily news conference Monday. 0:56

Ontario's top doctor tamped down some of Monday's optimism about the status of COVID-19 in the province, saying while the number of new cases has come down somewhat in recent days, the curve continues to waver up and down.

On Saturday, Ontario reported 511 new cases of the virus, falling to 370 Monday. But Saturday's numbers represented a jump from April 29, when there were just 347 new cases, Dr. David Williams pointed out.

The sobering reminder comes as Premier Doug Ford struck a hopeful tone, hinting in his daily COVID-19 update Monday at possible good news for more retail curb-side pick up and for cottage- goers ahead of Victoria Day.

Ford appeared to change his tune about whether Ontarians with cottages should be able to head to their properties during the pandemic, telling reporters, "there's only so long you can hold back taxpayers."

The comments follow weeks of the premier insisting people should not be travelling to cottage country to avoid putting undue pressure on smaller communities as the province's fight with COVID-19 continues.

The premier also said Ontario may be "getting close" to opening parks and more curbside pick-up retail options, as the province saw a drop in the number of new coronavirus cases to under 400 for only the second time since early April.

"We will have some good news" as early as this week, Ford said.

WATCH | Ford hints at new for cottage-goers ahead of Victoria Day weekend: 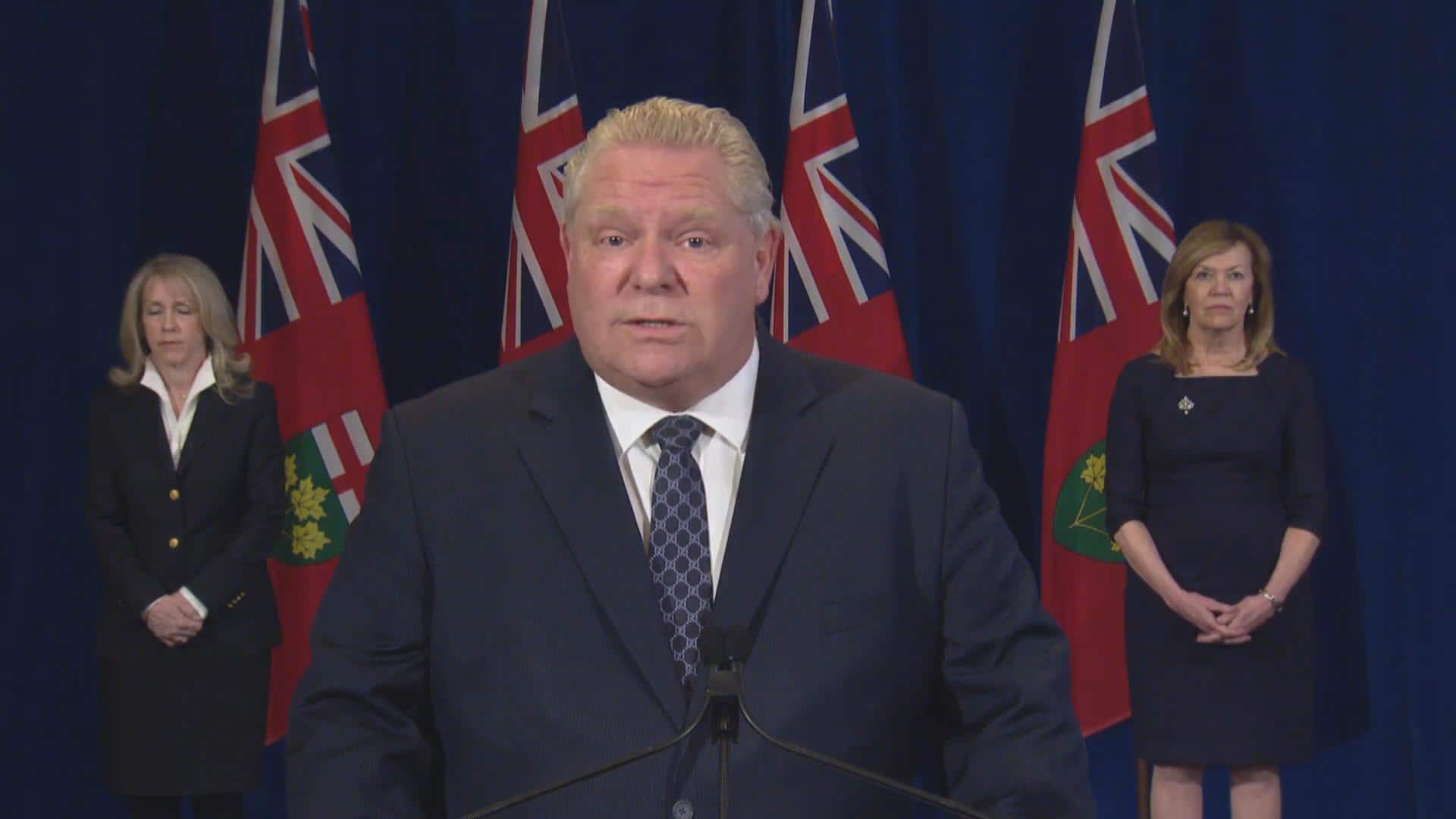 10 months ago
2:52
Ontario Premier Doug Ford says the province is now exceeding its goal of 16,000 COVID-19 tests per day, and that more services are 'getting close' to opening up. 2:52

That could include Ontario's garden centres, whose operators say they're frustrated by government orders meant to ease the restrictions they've been under. While landscapers and lawn-care workers can resume their usual workloads, garden centres say the new rules only allow them to provide curbside pickup and delivery services.

The province also saw more COVID-19 related deaths on Monday, bringing the total to 1,427, based on CBC's analysis of data provided by Ontario's local health units.

The provincial government has said it wants to see a steady drop in new confirmed cases for a two-to-four week period before embarking on the first phase of easing emergency measures.

Speaking to reporters, Ford lauded the province for reaching its target of 16,000 tests per day ahead of schedule, claiming Ontario's testing strategy has allowed it to "stay ahead of this virus." In the initial weeks of the pandemic, the province was slow to ramp up its testing, drawing criticism for not acting quickly enough to stop the spread.

"We still have a lot of work to do," Ford said, but added the results are giving him confidence about the weeks ahead.

Ford was asked Monday about random community testing, which some experts have said is key before reopening the economy. The premier said he is calling for a national strategy for contact tracing, and said he has spoken with Deputy Prime Minister Chrystia Freeland about it. The premiers are set to discuss the topic later in the week.

Also at Monday's news conference, Health Minister Christine Elliott said the province is looking at the possibility of designating certain hospitals to treat COVID-19 patients to free up others to start performing elective surgeries, but many details need to be worked out first.

Monday saw the reopening of a small group of seasonal businesses in the province —  a move Ford said last week should be seen as a "glimmer of hope" that the province's efforts to stem the spread of COVID-19 are working.

Monday's COVID-19 update from the government reflects Ford's optimism, with 370 new cases confirmed. The only other instance of an increase lower than 400 was in the province's April 29th report, when 347 new cases were confirmed.

There have now been 17,923 confirmed cases in the province since the COVID-19 outbreak began in late January, of which 12,505 cases are now considered resolved.

At this point, 984 patients are in hospital — a slight drop from yesterday's total of 1010. The number of patients in the ICU also dropped slightly from 232 to 225, while those on ventilators stayed steady, increasing by one to 175.

According to Indigenous Services Canada, there are 38 confirmed cases on First Nations reserves in Ontario.

Six homes in the province have seen more than 30 deaths, with Orchard Villa long-term care and retirement residence in Pickering hit the hardest with 62 deaths so far.

Not far away, René Goupil House, a home for elderly Jesuits in Pickering, is also dealing with the fallout of an outbreak declared on April 20.

Five Jesuits associated with the home had died as of Sunday and another is in critical condition. Sixteen others have been infected, according to the Provincial of the Jesuits of Canada, Erik Oland.

"In light of the COVID-19 reality, it is now our turn to pray for these men during a time when they have become society's most vulnerable, given age and pre-existing health issues," Oland wrote in his release.

The toll of COVID-19 on Canada's nursing homes is also giving rise to a growing number of proposed class-action lawsuits in Quebec and Ontario.

Last week, a provincial framework for reopening said that a "consistent two-to-four week decrease in the number of new daily COVID-19 cases," as well as decreased hospitalization rates, would be necessary before the government can begin loosening emergency measures first enacted in March.

As of Monday, Garden centres, landscapers and car dealerships are among those allowed to reopen, though certain limitations remain.

Some kinds of construction projects — including work on municipal projects, telecommunications, child-care centres and schools — are also being allowed to go forward.

With files from Shanifa Nasser, Mike Crawley and The Canadian Press