Ontario is extending its emergency orders for another 10 days, as the province reported an additional 455 cases on Saturday, 68 of which were the result of a reporting delay.

Ontario is extending its emergency orders for another 10 days, the same day the province reported an additional 455 cases, 68 of which were the result of a reporting delay.

The province's emergency orders had been set to expire June 9 but Ontario announced Saturday that they are being extended until June 19.

Those orders include banning people from dining in bars and restaurants, and gathering in groups larger than five.

They also include the closure of child-care centres, though Premier Doug Ford has said that a phased reopening plan for them will be announced early next week.

Extending the emergency orders also means the continued closure of bars and restaurants except for takeout and delivery, libraries except for curbside pickup or delivery, and theatres.

Ontarians looking to use playgrounds, or beat the heat at public pools and splash pads are also out of luck as a result of the extended orders.

"Extending these emergency orders will give employers of frontline care providers the necessary flexibility to respond to COVID-19 and protect vulnerable people and the public as the province gradually and safely reopens," the Ontario government said in a release issued Saturday morning.

Additionally, the province says it is extending the suspension of limitation periods and time periods for legal proceedings until Sept. 11, ensuring people "will not experience legal consequences" if the original time requirements of their case are not met while this order is in effect.

This news comes after Ontario's state of emergency, which permits the government to issue emergency orders like these, was extended earlier this week to June 30.

Meanwhile, the province reported 387 new COVID-19 cases on Saturday, as well as 68 others that were impacted by a reporting delay.

According to new data released by Ontario's Ministry of Health, the lag in reporting was the result of a "laboratory-to-public health reporting delay."

That delay stemmed from a "breakdown in communication" between an assessment centre and a hospital lab where a number of positive tests were not communicated to the public health units, Public Health Ontario told CBC Toronto in an email.

When combined, those 455 newly reported cases represent a 1.5 per cent increase in total cases, a spike when compared to increases in new cases seen earlier this week, which hovered around 1.2 per cent.

The province's cumulative number of cases now sits at 30,202. Some 23,947 of those cases are considered resolved.

A total of 2,407 COVID-19-related deaths have been reported by the province, an increase of 35 deaths from the previous report. The province warns that the numbers may be subject to a reporting delay. Data compiled by CBC News directly from regional public health units, however, reports 2,466 deaths, an increase of 32 deaths since yesterday.

Ontario's network of about 20 labs processed some 23,105 tests on Friday, the most on any single day since the outbreak began in late January and the first time that figure has surpassed 23,000.

Ontario has now broken its record number of tests processed for the third straight day, though the province's partnership of about 20 public, commercial and hospital labs have capacity to handle up to 25,000 samples per day. 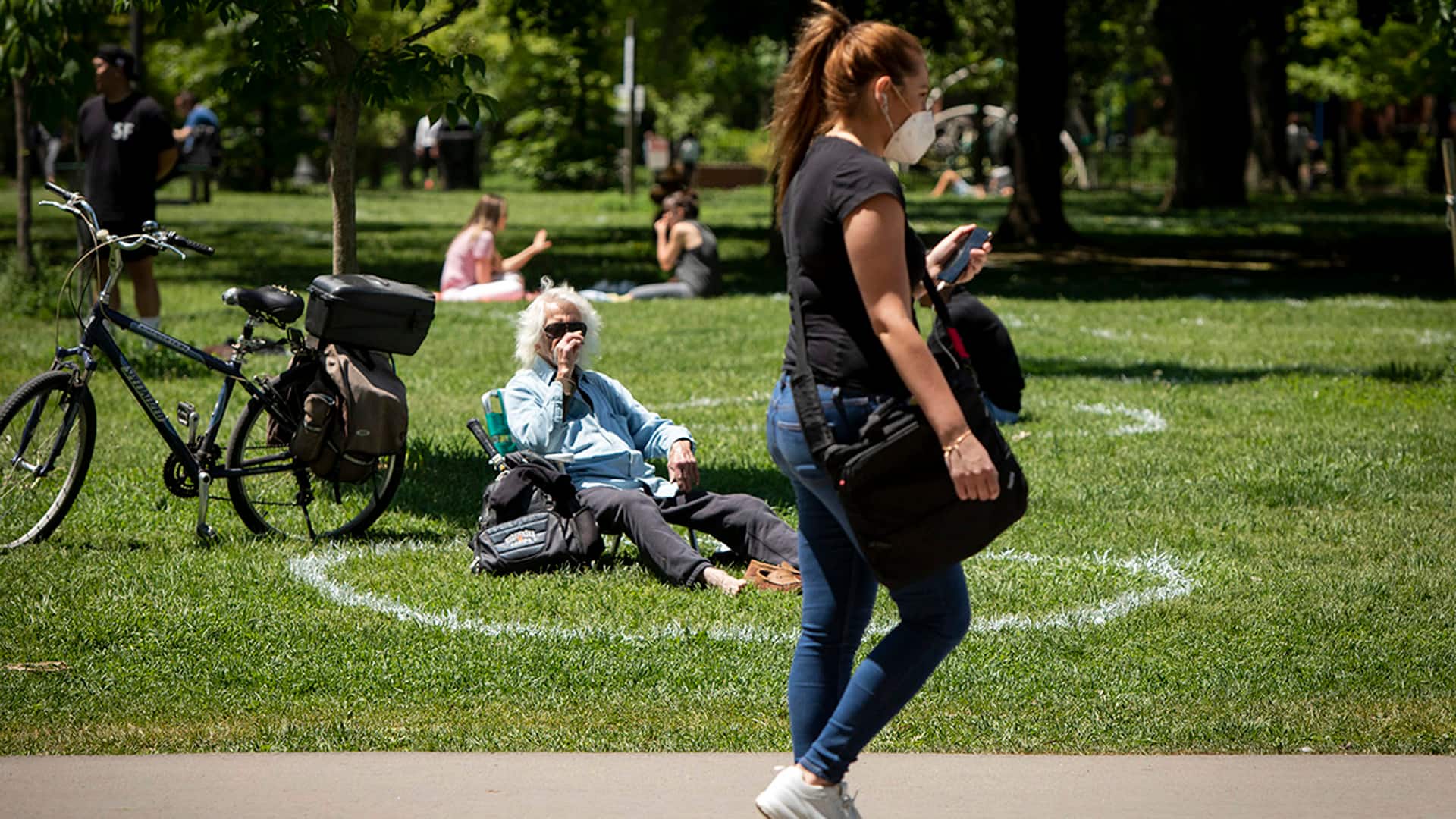 9 months ago
2:02
Cases of COVID-19 are rising again in Ontario and while Premier Doug Ford says it’s because of more testing, others say there are bigger problems that need addressing. 2:02

Just over 64 per cent of COVID-19-linked deaths were residents in long-term care homes, a drop of 15 per cent from the province's previous update.

The province has tracked outbreaks in 311 long-term care facilities, while 88 remain ongoing, a drop in 78 homes since yesterday.

The number of patients in Ontario hospitals with confirmed cases of COVID-19 dropped by 76, down to 673.

Those being treated in intensive care units fell by one, to 117, while patients requiring a ventilator increased by three, to 97.

Although Stage 2 won't begin immediately after details are revealed, Ford says the province will give notices to businesses that will be given the green light to reopen.

"We encourage businesses to begin preparing to reopen, so when the time comes, they will be able to protect employees, consumers and the general public," Ford said in the statement Saturday.

Thousands of people, meanwhile, are taking to the streets of downtown Toronto on Saturday in two separate protests against anti-black racism.

The first protest began at Nathan Philips Square, while a second sprang up later at Trinity Bellwoods Park. You can read more about that here.

The demonstrations are part of a number of rallies happening across the country, in the United States and other parts of the world following high-profile incidents like the death of George Floyd.

The Windsor region is reporting the death of a second migrant worker from COVID-19.

Windsor Regional Hospital says a 24-year-old man was first admitted to a different hospital on Monday, and died at their facility on Friday.

The hospital says they have contacted the man's family in Mexico.

A news release also says that local hospitals and health organizations will jointly conduct a "mass swabbing" for COVID-19 of 8,000 migrant workers in Windsor-Essex starting on Tuesday.

Another temporary foreign worker in the Windsor area who came to Canada in February and tested positive for the virus on May 21 died last weekend.

Approximately 20,000 migrant workers come to Ontario each year to work on farms and in greenhouses — many of them from Mexico, Guatemala and the Caribbean — and this year have been required to self-isolate for 14 days upon arrival.

Outbreaks that have affected dozens of migrant workers have been reported in Chatham-Kent, Windsor-Essex, Niagara Region and Elgin County.

With files from Julia Knope and The Canadian Press