The Ontario health minister says people who refuse to be vaccinated may be barred from some activities — and that Ontario plans to introduce some kind of proof-of-vaccination card.

As the provinces anxiously await doses from the country's first vaccine shipment, Ontario is planning to issue some kind of proof-of-vaccination card to those who receive their shots.

"That will be very important for people to have, for travel purposes and perhaps work purposes or going to theatres or cinemas or any other places where people will be in close physical contact when we get through the worst of the pandemic," said Health Minister Christine Elliott on Tuesday.

"So yes, that will be essential for people to have that," she added.

Elliott also said that vaccination will be voluntary, but that people who refuse to be vaccinated could be barred from some activities.

Ontario reported 1,676 more cases of COVID-19 on Tuesday, as the number of patients hospitalized with the illness approaches 800. 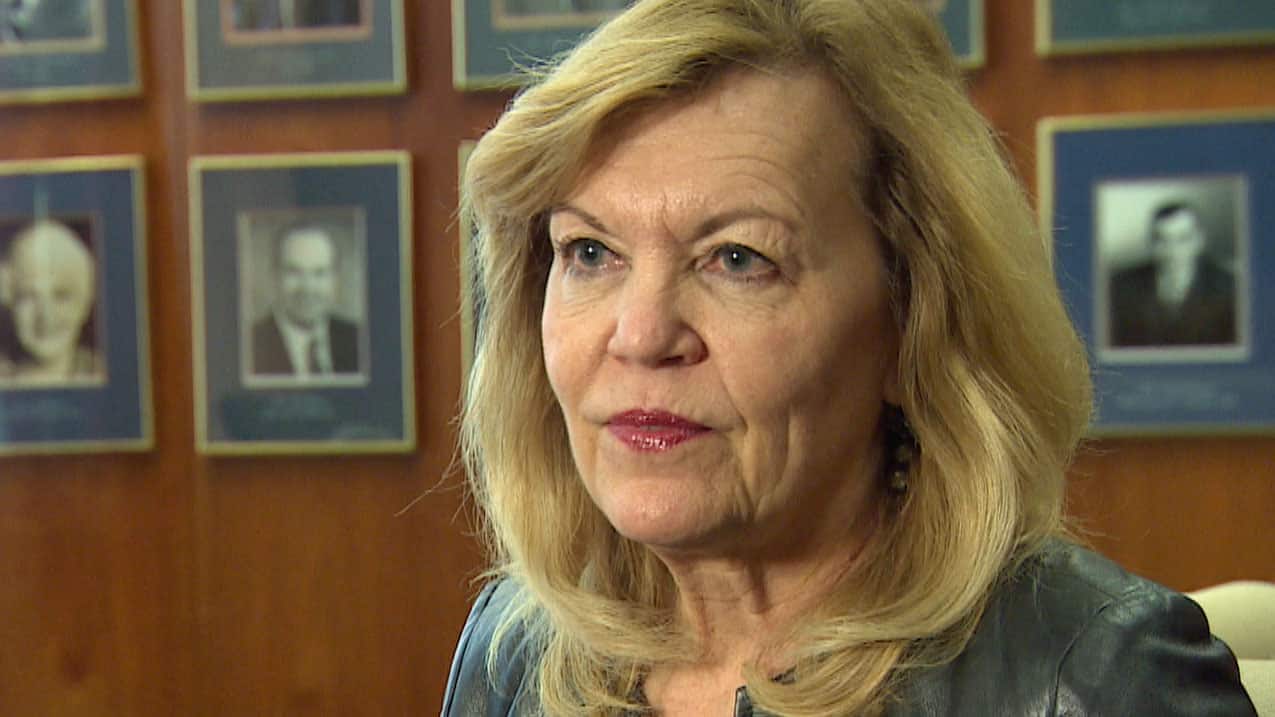 3 months ago
1:10
Christine Elliott says the province's vaccination campaign will be voluntary, but people who refuse to get the shots may be barred from some activities. 1:10

The Ministry of Education also reported that 333 cases that are school-related: 278 students and 55 staff members. The figures represent more than three days worth data, the province said, from 2 p.m. last Friday to 2 p.m. yesterday.

Some 853 of Ontario's 4,828 publicly-funded schools, or about 17.7 per cent, have at least one case of COVID-19, while 11 schools are currently closed because of the illness.

The newly confirmed infections drop the seven-day average to 1,816, down slightly from the second-wave high of 1,820 yesterday.

The arrival of the Pfizer/BioNTech vaccine, which Pfizer recommends not be moved more than once after its delivered, poses logistical challenges for Ontario's health infrastructure.

Elliott told reporters that storage sites for the Pfizer COVID-19 vaccine — which has to be kept at -80 C — will be announced "very shortly."

No long-term care homes in Ontario have the ability to store it, Elliott continued, so the doses will likely have to be taken to hospitals with deep freeze capabilities. Currently, there are 21 hospitals that fit that description.

The province is also working on technology that allows it to track who has received their two doses of the vaccine.

Elliott also said that she still doesn't know exactly how many vaccines Ontario will get in the initial shipment, but that it's likely to be about 40 per cent of them, since they're being distributed on a per capita basis.

More active cases than at any point in pandemic

Other public health units that saw double-digit increases on Tuesday were:

(Note: All of the figures used for new cases in this story are found on the Ontario health ministry's COVID-19 dashboard or in its daily epidemiologic summary. The number of cases for any region may differ from what is reported by the local public health unit because local units report figures at different times.)

There are currently about 16,161 confirmed, active cases of COVID-19 provincewide, the most at any point during the pandemic. They come as Ontario's network of labs processed 39,198 test samples for the novel coronavirus and reported a test positivity rate of 5 per cent. Another 40,732 tests are in the queue waiting to be completed.

The number of patients in Ontario hospitals with confirmed cases of the illness jumped considerably, up to 794 from 725 yesterday. Of those, 219 are being treated in intensive care, while 132 require the use of a ventilator — 11 more than in yesterday's update.

At the height of the first wave of infections in the spring, more than 1,000 people with COVID-19 were hospitalized, while ICU admissions topped out at 264, according to the province.

Premier Doug Ford will not be holding a 1 p.m. news conference today, his office says. Instead, Ford, along with the minister of health, solicitor general and head of Ontario's vaccine task force, will tour a vaccine storage facility in Toronto.

Surgeries being cancelled on 'frequent basis'

The Ontario Hospital Association (OHA) says that in the province's hot spots — which include London, Waterloo, Windsor-Essex and the GTA — hospitals are facing "increasingly overwhelming conditions."

"Surgeries are being cancelled on a frequent basis" in many of those areas, said a spokesperson for the OHA, adding that hospitals in London, Cambridge and Scarborough are also contending with large outbreaks of COVID-19.

The OHA's president, along with several other healthcare groups, including the Ontario Medical Association, also released a letter on Tuesday imploring Ontarians to stay home this holiday season.

"Celebrating at a distance is the best way to support healthcare professionals, and it is a small price to pay compared to the grief of those who could face far greater losses if we fail to do our part," reads the letter.

Meanwhile, Ontario's fiscal watchdog said the provincial government had $12 billion in unspent reserve funds by the end of September.

The Financial Accountability Officer said in a report today that the money was earmarked for three contingency funds, including two related to pandemic spending.

The FAO said the $12 billion is $2.7 billion more than his office said the government had unspent in reserves by Aug 26.

The Ontario budget said that if the money remains unspent in the reserves by the end of the fiscal year it will be used to reduce the deficit and provincial debt.

The government has been criticized by opposition politicians for sitting on billions in reserve funds, which they say it has been slow to spend during the pandemic.

Premier Doug Ford's office says the provincial budget delivered last month shows that 80 per cent of the reserve funds have been allocated.