The 500,000 masks now coming from the U.S. "will buy us another week," Ford said to reporters Monday. 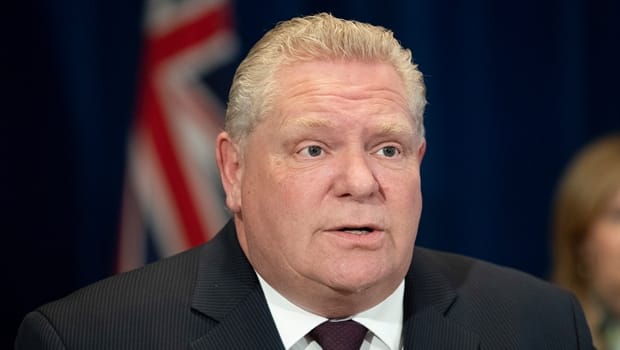 'Grateful for anything we can get out of the U.S.,' Ford says

11 months ago
2:37
Though supplies are running low, Ontario Premier Doug Ford says he's optimistic the disagreement with the U.S. over protective medical equipment will be resolved. 2:37

Ford said American officials recently stopped an order of around three million masks from coming to Ontario, but 500,000 N95 masks are being released today.

Those 500,000 masks "will buy us another week," Ford said to reporters Monday.

"The hard truth is, our supplies in Ontario are getting very low," he said.

Last week, U.S. President Donald Trump and his administration ordered key suppliers based in the U.S. to stop exporting protective equipment, drawing backlash from other leaders and from 3M, which produces N95 masks.

"We're putting pressure on the U.S. government from all sides," said Ford, who says they are "reaching out to everyone in the world" to try to secure equipment.

The premier said they are "grateful for anything we can get out of the U.S."

Ford also said Health Canada has approved Woodbridge Auto in Vaughan, Ont. to produce N96 respirator masks  calling it "good news." He did not have a date for when they would be ready, but said production would be "ramping up."

In an earlier statement, Ford said while Ontario-based manufacturers have started focusing on making personal protective equipment (PPE), much of it is still "weeks away" from being in the hands of health-care workers.

Ford mentioned that Quebec is sanitizing and re-using masks. While Ontario is not "at that point right now," he said they are thinking about doing the same.

Ontario is "desperately" counting on shipments the province has placed through the federal government's bulk purchasing program, Ford said.

However, the premier concluded saying he is confident the province will get the necessary supplies.

"There is light at the end of the tunnel," he said. "We are going to get through this."

Ontario hospital intensive care units now have nearly 2,000 beds equipped with ventilators to help care for COVID-19 patients, a nearly 50 per cent increase from March, according to data obtained by CBC News.

On Monday, Ford also said the province is getting 900,000 COVID-19 testing kits from Spartan Bioscience.

Emergency responders can see if people have COVID-19

Meanwhile, the Ontario government issued a new emergency order that allows police, firefighters and paramedics to see if people they are coming into contact with have tested positive for COVID-19.

The government says this is to allow emergency responders to protect themselves and the public, and help stop the spread of the virus.

"The information disclosed will be limited to an individual's name, address, date of birth, and whether the individual has had a positive COVID-19 test result," a statement said.

"Strict protocols will be enforced to limit access to this information and will only be used to allow first responders to take appropriate safety precautions to protect themselves and the communities they serve."

First responders will not be able to access this information after the emergency declaration is over, the government said.

Williams said he would like to be optimistic about the lower case count, but it's too soon to jump to any conclusions.

Ontario's test backlog has dropped to just 329 — though some infectious disease experts have been critical of Ontario's testing capacity. The province has the lowest per capita testing rates in Canada.

"We need to do better, we need to rapidly expand our testing. Not just in hospitals, but in out-of-hospitals settings as well," said Dr. Isaac Bogoch, an infectious disease specialist at the University of Toronto.

Ontario public health officials have previously said they hope to be completing more than 5,000 tests per day in the near future. Over the last week, the province has been doing fewer than 4,000 tests per day.

With less of a backlog, Yaffe said the province can increase testing.They are currently determining the priority groups, she said, such as long-term care residents and health-care workers.

Assessment centres know there is now more testing capacity, Yaffe said, and are encouraged to test people they are concerned about. 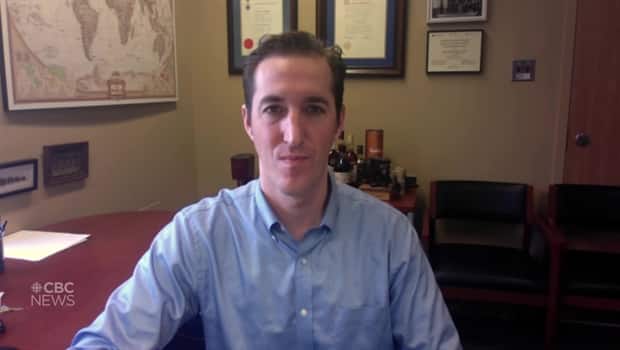 11 months ago
8:47
Dr. Isaac Bogoch wades into the ongoing debate over the use of protective masks, and explains why Ontario has to do much better on coronavirus testing. 8:47

The data reported today provides a snapshot of COVID-19 in Ontario as of 4 p.m. ET Sunday.

Some 1,624 cases are now considered resolved, or about 37 per cent of all cases reported.

Of the total cases in the province:

At least 451 health-care workers in Ontario have tested positive for COVID-19, representing about 10 per cent of all cases in the province

Public health units in the Greater Toronto Area account for more than 50 per cent of Ontario's COVID-19 cases.

Meanwhile, online learning was set to start at schools across the province Monday to ensure students get some form of education during the COVID-19 crisis.

School boards have been preparing for weeks to ensure that parents have devices and internet connections so students can take part.

Some schools in the province began assigning work last week.

Parents can now apply for the government's previously-announced one-time support payments of $200 per child up to age 12, and $250 for those up to age 21 years of age with special needs, Ford noted Monday.

The Durham Region Health Department says 21 others at Hillsdale Terraces are confirmed to have the novel coronavirus.

Durham has seen 15 deaths in COVID-19 patients thus far, and seven have been in long-term care facilities.

At least 46 long-term care facilities in Ontario have been hard hit by the virus, most notably Pinecrest Nursing Home in Bobcaygeon.

As many as 26 residents of the 65-bed facility have died of COVID-19, while at least 24 staff members have also tested positive for the virus.

A hospital in Hamilton declared a COVID-19 outbreak after three of its health-care workers in the special care nursery tested positive.

St. Joseph's Healthcare Hamilton has tested one baby and mother for COVID-19 and is the process of contacting two other families whose infants may have been exposed.

"No babies or parents in the unit are symptomatic. All are being monitored closely," the health unit said in a statement.

One person had no direct contact with patients or families, while the other two had either limited contact or contact while wearing a protective mask. Neither were symptomatic while caring for the babies or family, the statement said.

"Contact tracing is underway to ensure all babies, family members and staff/physicians who had direct contact with the positive health-care workers are tested and appropriate measures will be taken to limit transmission," the statement said.

The hospital has created a designated space for infants who may have been exposed, and the unit is being deep-cleaned, the health unit said.

A remote First Nation in northern Ontario says it is the first such community in the region with a confirmed case of COVID-19.

The agency says this development is not unexpected, but highlights the unique challenges in dealing with a pandemic in First Nations.

Health officials are recommending limiting all non-essential travel in and out of communities, with both road and air entrances under monitoring.

A long-awaited murder trial was supposed to begin today but has now been delayed indefinitely.

Alek Minassian, the man accused in the Yonge Street van attack that was carried out nearly two years ago, faces 10 counts of first-degree murder and 16 counts of attempted murder.

The trial was scheduled to begin in front of a judge alone. However, COVID-19 has closed Ontario's courts, forcing Minassian's trial and many others to be rescheduled.

Minassian's lawyer told CBC News that he can't predict when the trial will get underway, and he understands the uncertainty is hard for victims.

"I'm sure that there are a lot of victims and families who would like to get this matter dealt with as quickly as possible," said Boris Bytensky.

"The impacts on the victims are not lost on me, I don't think they are lost on anybody so for their sake I hope we can get this back as quickly as possible."

The judge has said the case will turn on Minassian's state of mind at the time of the attack, as it's already certain he was behind the wheel.