Toronto police are trying to determine if an unidentified woman who walked into a downtown shelter in September has ties to a missing person case in Delaware. 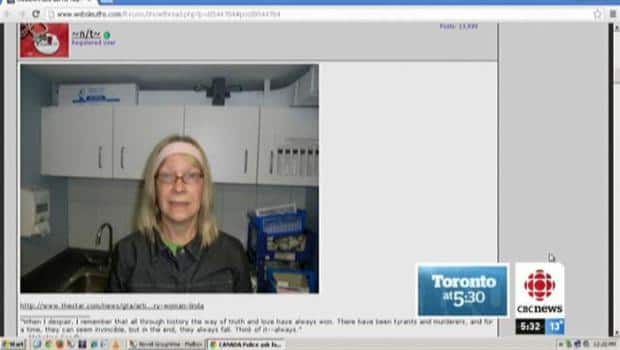 8 years agoVideo
1:44
A woman who police have been trying to identify may be from Delaware. 1:44

Toronto police are trying to determine if an unidentified woman who walked into a downtown shelter in September has ties to a missing person case in Delaware.

The woman arrived at the Toronto shelter two months ago and claimed she could only remember her first name, Linda.

Police later released a photo of Linda, whom they described as a five-foot-seven, 150-pound white woman with blue eyes and straight blond hair. They believe she is between 55 and 60 years old.

This past weekend, someone in Toronto made a connection between the photo of Linda and a report of another woman who was recently reported missing in Delaware.

Lt. Mark A. Farrall of the Newark Police Department in Delaware said there are many questions about how the missing U.S. woman — if it is the same Linda — turned up north of the border.

"She's 55 years of age, she does not drive, so we’re not exactly sure how she would have gotten to Toronto," he told CBC News in a recent interview.

Toronto police say they will use DNA testing to determine if Linda is the same person reported to be missing in Delaware.

Click on the video above to see a report from the CBC's Ivy Cuervo.