Inside the house that SARS built: How outbreak helped prepare Toronto hospital for coronavirus

As Canada grapples with its first cases of a new strain of coronavirus that has infected thousands of people in China, officials at one Toronto-area hospital say it is well prepared to deal with the prospect of an outbreak.

From negative pressure rooms to a specialized garage, Humber River Hospital is designed for outbreaks 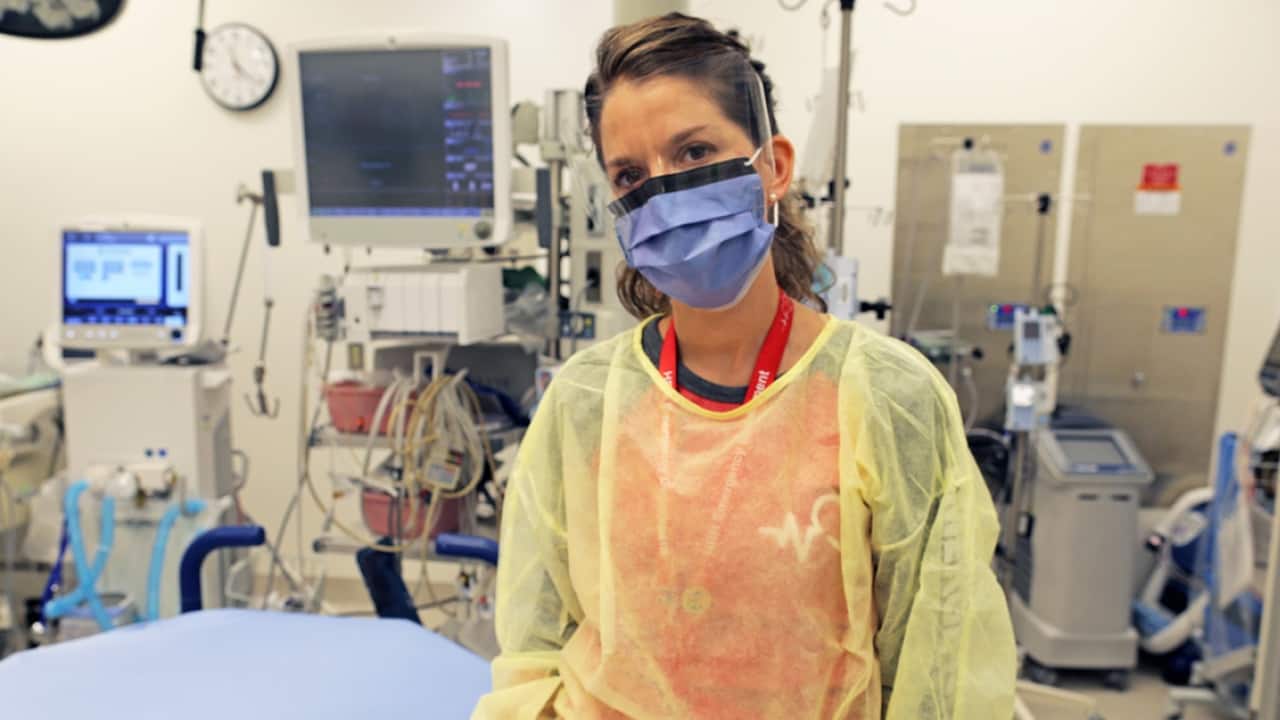 How outbreak helped prepare this Toronto hospital for coronavirus

As Canada grapples with its first cases of a new strain of coronavirus that has infected thousands of people in China, officials at one Toronto-area hospital say it is well prepared to deal with the prospect of an outbreak.

That's because North York's Humber River Hospital was designed and built just after the SARS outbreak of 2002-2003 — and designers learned many lessons from that ordeal, hospital president and CEO Barbara Collins told CBC News.

"We are so much more prepared this time," she said.

SARS, a strain of coronavirus that spread through much of the world in the early 2000s, killed hundreds of people, including 44 in Canada, and sickened thousands more.

That's why the hospital's designers concentrated on pandemic and hazmat situations when working out plans for the building in 2005. Construction started in 2010, and the hospital opened in 2015.

The innovations start in Humber River's ambulance garage, which can hold up to eight vehicles at a time.

At first glance, it seems like a pretty average concrete structure. But the garage can also be quickly turned into a pandemic centre in cases of mass emergency, Collins said — though health officials are not expecting such a scenario from this strain of coronavirus.

The garage is outfitted for showers, if needed, and also boasts water containment units underneath the floor, so that potentially contaminated wastewater is kept away from the rest of the hospital's water system.

Right off the hospital's garage is another area that staffers have dubbed the "hazmat room." It too contains a shower, and it has no soft surfaces like a mattress or bedding, making it easier to clean and disinfect.

It's in that room, away from the general hospital population, that properly outfitted nurses and doctors with disposable gowns, and masks with plastic eye shields can examine a patient, take their history and assess their symptoms.

If it's decided that a patient is showing symptoms of something like coronavirus, that person can then be taken directly into what's called a "negative pressure room."

"What it means is that the air is actually flowing in from the hallway. So if I was in here coughing, none of my germs are going to get out there, because the air is blowing [inside]," he told CBC News.

Staffers are able to set up 85 of the hospital's rooms this way, he said.

"The other thing is it has a very high number of air exchanges ... so if there is any virus in the air, it's being whisked out of the room."

It's easy to hear the whir of fans when standing in the middle of one of these rooms. The outgoing air is being sent right out to the roof, Gardam said.

Collins also says Humber is the only hospital in North America that boasts almost entirely fresh air, with no recirculating air or rebreathing (inhaling previously exhaled air or gases) outside of these rooms.

"So the air that might have a contaminant in it stays within [the] room, where people are properly dressed and properly garbed to protect themselves," she said.

The hospital is also set up to allow for patients that don't come in by ambulance. If someone was to show up at Humber's triage area, the first staffer they speak to is behind a screen, Collins said. Any staffers who are out in the actual triage area would also wear a mask and protective goggles.

"We recognized the trials and tribulations during SARS, and we designed a facility that very much can manage that," she said.

1 confirmed case in Canada, 2 others 'presumptive'

So far, three cases of the new strain of coronavirus have been reported in Canada. A Toronto man in his 50s was infected during a trip to Wuhan, China. His wife is also presumed to be infected, while another presumed case was reported in British Columbia on Tuesday.

Ontario health officials have also cleared more patients suspected of carrying the new strain of coronavirus, lowering the number of cases being investigated in the province from 19 to 11.

The official number of confirmed coronavirus cases in China rose to 4,515 on Tuesday, with at least 106 deaths. Several governments — including in the United States, France, Belgium, the U.K. and Japan — are planning to evacuate their citizens from Wuhan, the locked-down city at the centre of the outbreak.

Canada's Foreign Affairs Minister François-Philippe Champagne said Tuesday the Canadian government will provide consular services to all Canadians trapped in the coronavirus-affected region of China due to commercial travel restrictions.

With files from CBC's Talia Ricci