Coronavirus 'not something to joke about,' says Ontario passenger charged after flight forced to turn back

An Ontario man who caused a WestJet flight to turn around and fly back to Toronto claims his intent was to create a viral video when he suggested on the plane that he may be sick with the new coronavirus.

An Ontario man who caused a WestJet flight to turn around and fly back to Toronto claims his intent was to create a viral video when he suggested on the plane that he may be sick with the new coronavirus.

"It certainly wasn't a smart thing to do," James Potok, 28, of Vaughan, Ont., north of Toronto, said on Tuesday.

Potok, who describes himself as a frequent flier and an up-and-coming hip hop R&B artist, apologized to the 243 passengers aboard Flight 2702 to Montego Bay, Jamaica.

But Potok, who has been charged with mischief and breach of recognizance, claimed he didn't actually say he had the coronavirus. Halfway into the flight, he said he pulled out his camera, stood up, then asked if he could get everybody's attention.

"I said: 'I just returned from a flight from Hunan province.' I might have said: 'This is the capital for coronavirus.' And then I said: 'I don't feel too well.' And I looked around. I saw the reception of the people. They didn't seem too happy about it. I don't blame them. And I stopped recording and I sat back down in my chair," Potok said.

Wuhan, the centre of the coronavirus outbreak, is located in Hubei province.

Watch: James Potok explains what he said on the flight, and what happened next 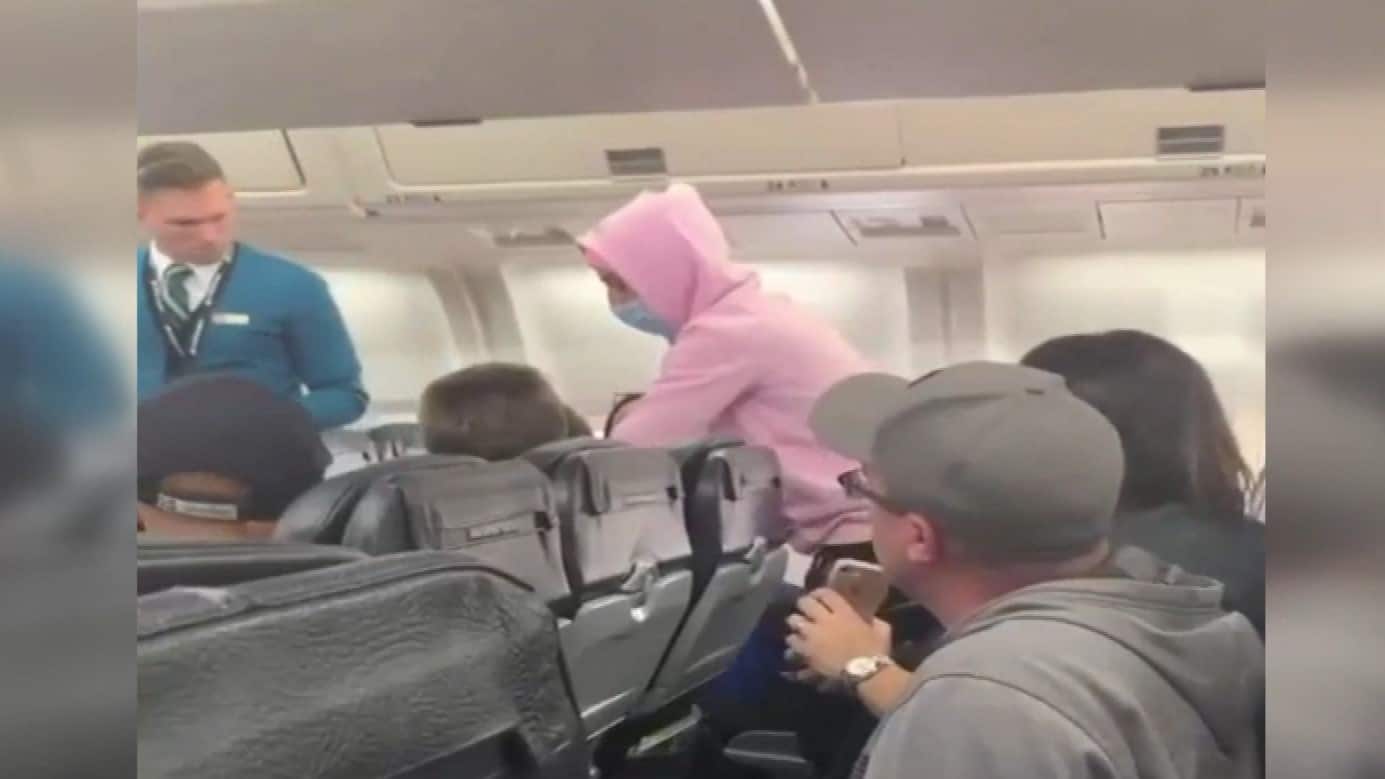 12 months agoVideo
2:25
The man behind the Westjet coronavirus 'joke' that caused the plane to return to Canada explains his motivation. 2:25

Asked why he performed this stunt, he said: "Well, it was really just to create a viral video, to get something that, in my opinion, would have gone onto 6ixbuzz," a Toronto social media site.

Potok said he wanted to create a video that viewers would watch and share.

He added he has done something similar before. Once, he said he stood up on a plane and made an announcement, saying (American rap singer) Lil Wayne just dropped his new album, then Potok said he stopped recording and sat down.

According to Potok, that video did go viral.

'It wasn't the best thing to do'

Asked if Monday's stunt was different, given that the coronavirus has killed more than 400 people and sickened thousands, Potok agreed. "Yeah, it definitely is different, in retrospect, thinking about it," he said.

He said a woman seated across from him asked: "You're joking, right?"

Potok said he felt guilty when he discovered the plane was turning around and he had ruined the vacation plans of 243 people. "That bothered me." He said he never intended to induce fear.

"I am extremely sorry. I am completely remorseful to everybody that I damaged their plans. To WestJet, I am apologetic, very sorry for the situation at hand. Me being an entertainer, there are things to say and things not to say. This was probably something in retrospect I should not have said.

"Coronavirus is not something to joke about. People don't take it lightly."

Peel police have a slightly different version of events. They say that at nearly 1 p.m., a man on a WestJet flight from Toronto to Montego Bay stood up on the plane and announced he had been to China and had the coronavirus.

"The announcement was shared with the flight crew and a decision was made to return the flight to Pearson Airport," Peel police said in a news release on Tuesday.

Police said medical staff assessed the man when the plane returned to Toronto shortly after 2 p.m. He was deemed to be free of symptoms. Potok is due to appear in a Brampton courtroom to face the two charges on March 9.

Potok said the breach of recognizance charge stems from an unrelated charge, for which he received a peace bond, and he was supposed to keep the peace. Police say causing an international flight to return is not keeping the peace.

WestJet said in a statement that "out of an abundance of caution," the flight crew followed all protocols for infectious disease on board. The airline said the flight was diverted due to an "unruly guest."

The airline said two additional flights were scheduled Tuesday morning — one leaving Toronto and one returning from Montego Bay.

With files from Farrah Merali, The Canadian Press