'I popped a blood vessel,' the mother of a Grade 8 student in Mississauga, Ont., said after her son brought home a school assignment that included instructions on how to make and inject crystal meth.

At first, Delight Greenidge did not believe her eyes when her 13-year-old son brought home a school handout with instructions on how to make and inject crystal meth.

It also included a long list of ingredients for the task.

Greenidge says her son told her a Grade 8 teacher handed it out to students in his drama class at Erin Mills Middle School in Mississauga, Ont., last week. He claimed the teacher printed it out for his group to dramatize as part of an assignment.

The teacher has been suspended with pay pending an investigation. Greenidge's son asked not to be identified.

Originally, Greenidge said, the project involved making an original skit about an old TV show using emotions. When the group's idea fell through, her son said the teacher suggested the crystal meth skit instead.

"It's mind-boggling. It could undo a lot of what I taught him because sometimes he would think the things the teacher says are sometimes more important than the things mum says," said Greenidge. "They do have that influence and impact."

Greenidge said she was particularly disturbed the teacher had instructed the group to "act scared" when dramatizing making the drug, but to "act happy" when injecting it, according to her son.

The Peel District School Board confirmed the teacher handed out the instructions to some students, but would not give details about the conversation board officials had with him once Greenidge brought the assignment to the school's attention.

"I can't speak to his rationale for doing that," said Carla Pereira, communications manager at the school board. "We share the parents' concerns around that particular assignment."

Pereira said it's the board's understanding the teacher got the instructions from the internet. 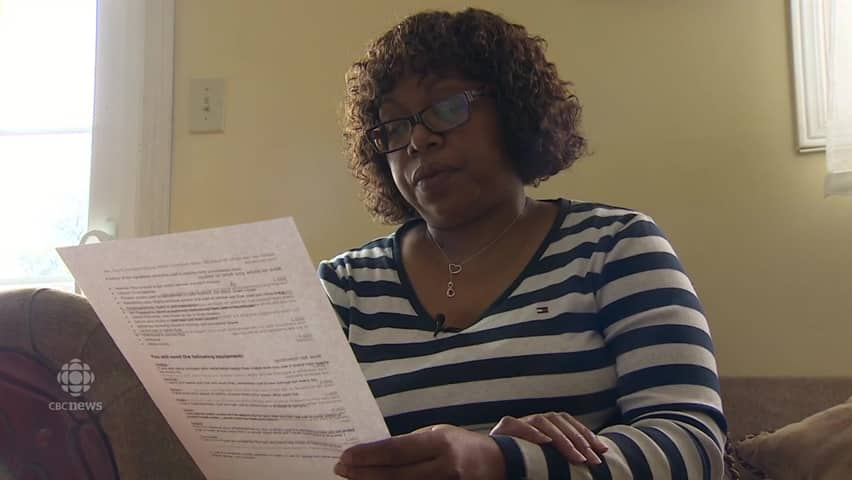 4 years ago
0:53
Mississauga mom Delight Greenidge breaks down when reading instructions on her son's drama class homework assignment which includes how to cook and inject crystal meth. 0:53

Seth Fletcher, a certified counselor with the Toronto-based Canadian Centre for Addictions, says bringing materials that might encourage drug use into a Grade 8 classroom is potentially harmful.

"I don't know if the intention was to condone drug use, but what's equally dangerous is what is the perception it leaves, and if someone in that classroom condones it, that's the exact same effect," he said.

Even though the teacher has been suspended and the school is investigating, Greenidge is wondering why the incident happened in the first place.

"To think that all of what I've tried so hard to teach him — good principles, good values, moral character — the things that make you a man, a strong black man, and this is what an educator is giving to my child," she said, through tears.

There's no word on when the investigation will wrap up, but the school board said it's unlikely the details will be released publicly as it's a "personnel issue."