A man who was supposed to be caring for a two-year-old Oshawa boy — but instead inflicted fatal injuries on the child — was sentenced Friday. 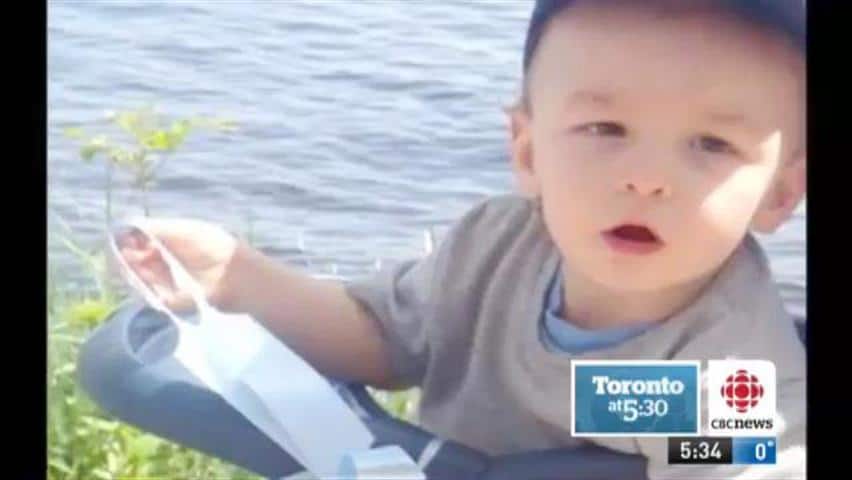 8 years ago
1:47
An Oshawa man has been sentenced to life for murdering a toddler. 1:47

A man who was supposed to be caring for a two-year-old Oshawa boy — but instead inflicted fatal injuries on the child — was sentenced Friday.

Michael Monckton, 30, was sentenced to life in prison with no chance of parole for 15 years.

Monckton was convicted last year of the second-degree murder of Keagan Davis in January 2010.

Monckton was living with Keagan's mother, Leigh-Ann Worral, in an Oshawa apartment when the toddler died of abdominal trauma and internal bleeding.

The court heard the child also suffered from numerous other injuries.

Keagan had several bruises on his head, back and stomach and several of those injuries were inflicted minutes and hours before death, according testimony from a pathologist.

Monckton testified the child injured himself when he slipped from a chair.

Dan Davis, Keagan's father, said Friday his life will never be the same without his son.

"Half of me was taken when he left, so it's not just that he took my son's life, he took mine, he took Leigh Anne's, he took everybody that was close to my son."

Monckton is expected to appeal.