Mississauga planning committee approved a re-zoning application last night that will allow a new 12,000 square foot mosque to be built on Winston Churchill Boulevard near the Meadowvale Town Centre.

Mayor Bonnie Crombie admonishes mosque opponent: 'You should be ashamed' 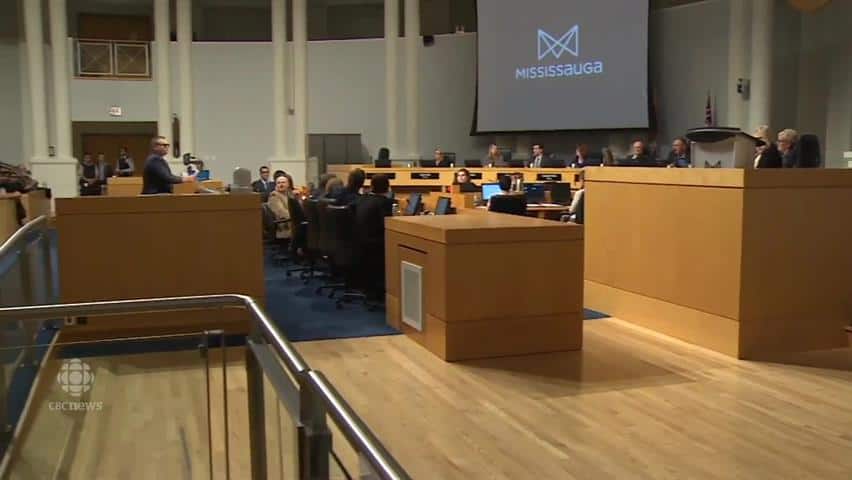 5 years agoVideo
1:33
Mississauga Mayor Bonnie Crombie calls out an opponent to a proposed mosque at a meeting Monday night 1:33

After hours of emotional debate that at one point had the mayor accusing one man of "hate-mongering," a Mississauga planning committee approved a re-zoning application last night that will allow a new 12,000-square-foot mosque to be built.

Some who spoke were opponents, who raised worries about increased noise and traffic.

Others were members of the local Islamic community, who said the new centre will provide a much-needed place of worship.

At times the debate became fraught and emotional. In one dramatic exchange, Mayor Bonnie Crombie called out one mosque opponent for his views.

During his deputation, Kevin Johnston expressed concerns about noise and traffic, then left the podium to cheers from the gallery. Crombie then asked Johnston to return to the podium, where she asked him about posts on his website Stop the Mosque.

The website currently lists Johnston's objections to the project as relating to noise, traffic, parking and policing. Johnston has also distributed Stop the Mosque posters in the community. The posters say the mosque will be "out of place in Canada" and say the project "sets women's rights back a century and achieves nothing."

Crombie, however, asked Johnston about other posts on his website, which have since been removed. They warn of increases in sexual assault, vandalism, kidnappings, and a loss of freedom of speech should the project be approved.

"Are you the author of this website?" Crombie asked Johnston in the exchange.

"Is this what you've been applauding for?" Crombie then asks his supporters in the gallery. Some respond by cheering.

Crombie then says: "This is heinous. This is hate-mongering Mr. Johnston. You should be ashamed of yourself."

After another exchange with the mayor, Johnston leaves podium.

Another person who spoke against the project was Cheryl Pounder, a member of Canada's 2002 and 2006 Olympic hockey teams.

"I believe that everyone has the right to worship but this is just the wrong location," she said.

Mississauga's Planning and Development Committee voted to accept a staff report that recommends the site be rezoned to allow for the Islamic centre. The report, which you can read here, says:

Moid Mohammed, a trustee of the Meadowvale Islamic Centre, said the project has been amended to address the community's concerns. He also said last night's decision came after extensive consultation with city hall and neighbours.

In an appearance on CBC Radio's Metro Morning Tuesday, Mohammed said the height of the building's minaret was scaled back from 27 metres to 19 metres. The dome atop the building was also reduced in height.

He said original plans to allow vehicle access to the back of the site were dropped in response to concerns about traffic and noise. Vehicles will now only be able to access the parking lot via Winston Churchill Boulevard, and not the residential streets west the site.

'We are an integral part of the community'

"We want to be the best neighbours," said Mohammed. "We are an integral part of the community."

Mohammed said the process to get approval for the building began back in 2002. Since then, members of the congregation have had to worship in rented churches and gymnasiums.

"We don't really have our own location and have to keep switching locations, we are dependent on the rental agreements," he said. "The community is in need of its own place of worship.

"We've made every effort to incorporate the legitimate concerns of the neighbours and we have made concessions in that regard. We want to make sure everybody is happy with the project."

Metro Morning host Matt Galloway asked Mohammed if he thinks reasons other than noise and traffic explain the opposition to the mosque.

"All I'd like to say is we are very fortunate to live in a country that celebrates diversity," said Mohammed. "Mississauga is a world-class cultural city and we're proud to be living in Mississauga for that reason."

Mohammed said he didn't want to link the re-zoning application "to other discussions that are taking place in Mississauga and Canada."

Opponents of the project say they will continue their fight at the Ontario Municipal Board. 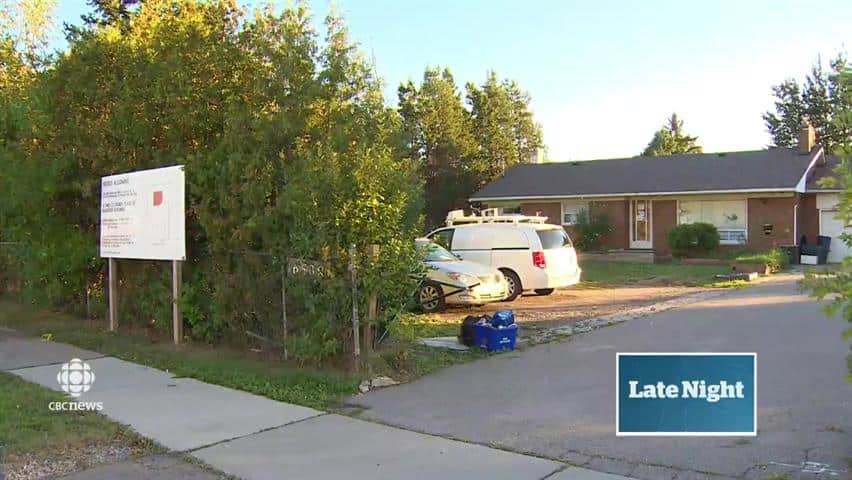 5 years agoVideo
2:11
After a fractious debate, Mississauga council gives the green light to a new mosque. 2:11