You would not add this "very potent" Caribbean black cake to a holiday baking exchange spread, quips Rykker Thorne.

'You're not supposed to eat this like you're at Just Desserts' 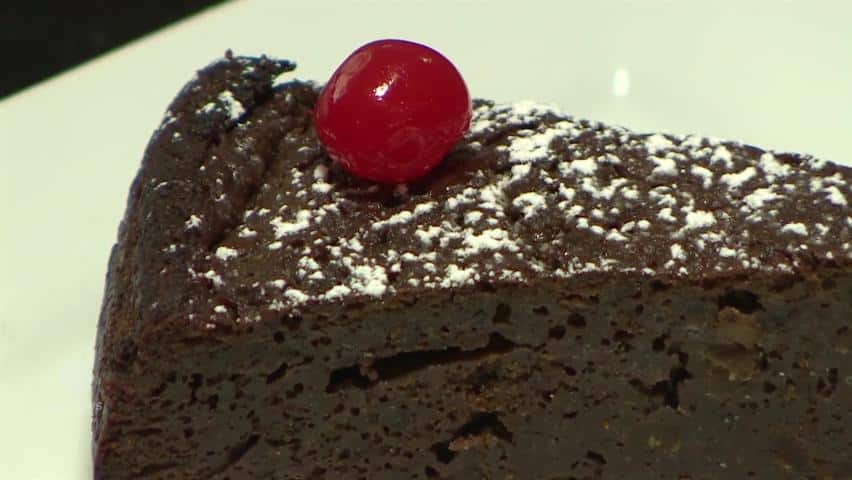 Holiday eats: How to make 'you want it to hit ya' Caribbean black cake

This "very potent" Caribbean black cake is not quite what you bring to a holiday baking exchange, quips Rykker Thorne.

It is studded with tiny bits of dried fruit, macerated in white rum, spiced rum and port wine, for weeks, even months at a time. Then, the cake is "basted" with the boozy mixture after it cools, preserving it until Christmas Day.

"It's known to be a very potent cake," Thorne, a home cook, told CBC News. "You're not supposed to eat this like you're at Just Desserts."

As a child, he would sneak in bits of the cake, unaware of its "main ingredient."

"We'd find ourselves acting very, very silly and not really know why."

Black cake has its origins in British figgy pudding. Its name is derived from the dark hue, which is achieved with browning sauce, a caramelized brown sugar sauce that is a staple in Caribbean cooking.

"This is what really gives the true identity for the cake — black cake."

Thorne usually goes heavy on the cinnamon, nutmeg and allspice.

"You want it to hit ya," he says, adding that the aromatic spices are "familiar smells of Christmas in a Caribbean household."

"It's not really about the presents but enjoying good health, good food and great company."

(Via Cooking with Ria)

Mix cherry wine with rum. Add the dried fruits to 1 cup of the mixture and let it soak for a few hours or overnight. (Reserve the remaining cup to "baste" the cake after it cools.) Coarsely chop the mixture in a food processor.

In a large bowl, cream butter and sugar until pale and fluffy.

Mix cinnamon with flour and add to the creamed mixture.

Add vanilla and almond extracts and continue to stir.

Pour batter into buttered 8-inch pans. Bake for 45-70 minutes at 280°F until a toothpick inserted in the cake comes out clean.

Drizzle the remaining rum mixture over the cake to preserve and keep it moist.