Well-known national newspaper columnist Christie Blatchford, who worked for the National Post, Globe and Mail and both the Toronto Sun and Star, has died at age 68, according to the National Post. She was diagnosed with late-stage lung cancer in the fall of 2019.

Blatchford was best known for reporting and columns on criminal justice

Well-known national newspaper columnist Christie Blatchford has died at 68, according to the National Post, the daily newspaper she worked for.

The Quebec-born Blatchford, who also worked for the Globe and Mail and both the Toronto Sun and Star throughout her career, was diagnosed with late-stage lung cancer in the fall of 2019.

"We'll miss her always," her brother, Les Blatchford, said Wednesday morning. "She was a great gal."

A multiple-award winner, Blatchford wrote about a wide range of issues, but was best known for her columns on crime and Canada's justice system. She also worked as a war correspondent.

Blatchford was inducted into the Canadian News Hall of Fame last November. Upon her induction, she told the Post why she was drawn to crime and war stories.

"It's usually about life and death, so that makes it something really important," she said.

"It's about processes that are important to the country, whether a military process or criminal court process, because we all depend on these f--king things to keep the balance. I don't give a f--k about a celebrity book or any kind of other story. I care about stories that tell us why the system matters, why things are worth protecting, why the rule of law is important."

We know she is there and everyone — every single one of them, every judge and every lawyer — reads her first.- Lawyer Marie Henein

Words of remembrance for Blatchford from colleagues and the people she covered as a journalist were quick to pour in on social media.

Ontario Premier Doug Ford was among those who offered his condolences.

"My sincerest condolences to her family, friends, and fellow fans."

"She worked tirelessly to shine a light on the justice system and how it works or sometimes doesn't work — always with a focus on getting the story right and getting people to do the right thing," he said.

"Christie was a tough, fair journalist who was strongly committed to print journalism — she worked at all four Toronto newspapers — and on the radio. She was courageous — never afraid to tell it as she saw it — and leaves behind a legacy of fearlessness that will hopefully inspire journalists for generations to come."

11 months agoVideo
1:42
The award-winning columnist thanks her editors and members of the Canadian Armed forces after winning in 2008. 1:42

"Just before we rise, I want to personally acknowledge my sadness at the death of Christie Blatchford, who spent many days seated in my courtroom and who I believed to be a fearless journalist," Dambrot said.

Canadian journalism has suffered a great loss today with the passing of Christie Blatchford. My sincerest condolences to her family, friends, and fellow fans.

In one of her final columns in October, Blatchford wrote about nagging muscle pain that forced her to leave the Liberals' federal election tour only six days in — a mysterious ache that kept her from logging her daily 10- to 15-kilometre runs and instead led to her diagnosis. The cancer had spread to bones in her hip before being detected.

Blatchford moved to Toronto in high school, and started her career in The Globe and Mail's sports department, after being awarded the Joe Perlove Scholarship for graduating at the top of her journalism class at what was then Ryerson Polytechnical Institute in 1973.

She bounced around Canada's major newspapers in the coming years, starting with the Toronto Star in 1977 as a features writer, before moving to the Toronto Sun in 1982.

She wrote for the National Post from 1998 to 2003, before heading back for a stint at the Globe and Mail. Blatchford returned to the Post as a national columnist in 2011. 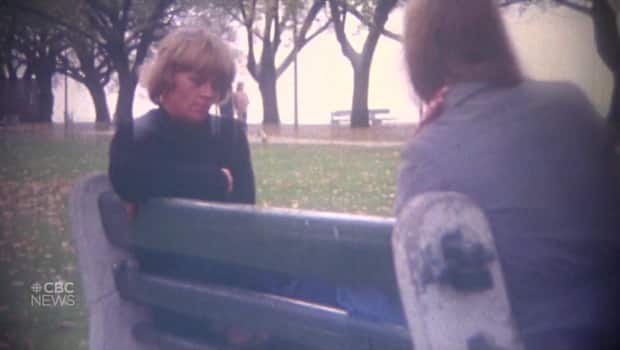 Her last column came in October, after the Liberals' federal election win.

"Where the results show most Canadians forgave Trudeau or moved on or simply didn't much care about airy-fairy concepts like prosecutorial independence, I could hardly believe that he kept emerging unscathed, that people weren't laughing out loud at his nose-stretchers, that the head-bobbers of his caucus kept at it so faithfully," Blatchford wrote.

"Clearly, I experienced the campaign and the election differently."

Blatchford was no stranger to awards. Her book Fifteen Days: Stories of Bravery, Friendship, Life and Death from Inside the New Canadian Army, won the Governor General's Literary Award in 2008. She won a National Newspaper Award for column writing in 1999.

Blatchford also won the George Jonas Freedom Award last June, which recognizes a person who has "contributed significantly to advancing and preserving freedom in Canada." 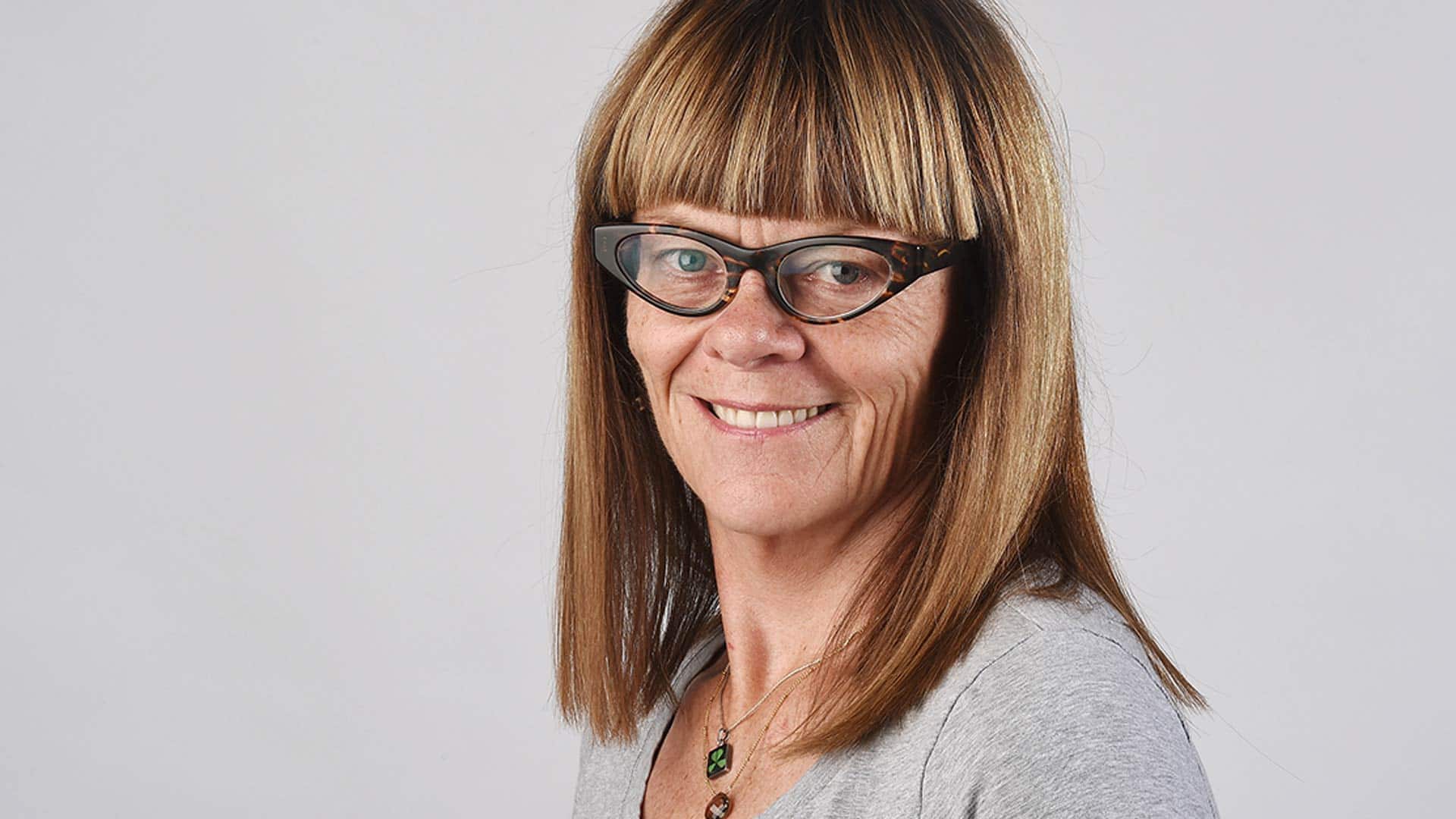 11 months agoVideo
2:01
Longtime newspaper columnist Christie Blatchford is being remembered for tenacity and the divisiveness that followed her career. Blatchford died from cancer Wednesday at 68. 2:01

Criminal defence lawyer Marie Henein presented Blatchford with the award at a gala in Toronto, describing an unapologetic, tough-as-nails writer whose pieces captured the "humanity" of a courtroom.

"While lawyers and judges may rail against what she writes sometimes — may get infuriated even — here's our dirty little secret, I'm going to share it with you: They all get nervous when she walks into court. We know she is there and everyone — every single one of them, every judge and every lawyer — reads her first. And they do it for one reason: Her opinion matters, her perspective matters."

Her work also brought controversy. For example, a 2013 column about Nova Scotia teenager Rehtaeh Parsons, who was sexually assaulted and later took her life, drew considerable ire for what many saw as victim blaming. It led Parsons's mother to write a message to Blatchford on Facebook, calling the column a "biased, degrading and harassing article."

i liked a lot of what christie blatchford had to say. i also hated a lot of it. personally, i learned a lot about how to do opinion journalism from reading her. an honest and fair assessment of her work is what she deserves even if it's not nice. she'd have done the same for you.

Her work also inspired a website and Facebook page dubbed "Fire Christie Blatchford" — essentially a repository for likeminded readers to quote the parts of her work they most despised while calling for her to be turfed.

After winning the George Jonas Award, Blatchford told the Post that ensuring truth trumps everything else.

"Freedom of the press, the freedom to cover things fearlessly — that is, without fear of offending your readers — is more important than ever," she said.