Canada’s borders have become less porous in the wake of a CBC News investigation that revealed a major security gap in the way passengers were being screened before being allowed into Canada.

Almost 500% increase in number of people being detained at border crossings, CBSA says

Canada's borders have become less porous in the wake of a CBC News investigation that revealed a major security gap in the way passengers were being screened before being allowed into Canada.

In the past 12 months since new screening measures came into effect on Nov. 21, 2015, the Canada Border Services Agency (CBSA) apprehended 3,067 people with outstanding criminal arrest warrants at border crossings.

In the previous 12 months, before the changes came into effect, the CBSA caught just 556 alleged fugitives.

The almost fivefold increase is in large part due to the efforts of a southwestern Ontario woman who demanded answers after being sexually assaulted — allegedly by a Nigerian man who was able to get back into Canada despite having warrants out for his arrest.

"Knowing that potentially some other person's rapist has been caught at the border, or somebody that's done something terrible to someone else, gives me some comfort," she said.

CBC News is not identifying her because she is a victim of sexual assault.

The changes to national border security came last November after CBC News looked into her case and discovered front-line border agents at primary inspection points did not have access to the Canadian Police Information Centre.

CPIC is a database detailing criminal records, individuals with outstanding arrest warrants and other information outlining who might be a risk to Canadians. Only travellers deemed suspicious and sent for more secondary checks were being screened through CPIC at border crossings. Now CBSA agents at all inspection points screen every passenger arriving in Canada through CPIC.

"It's sad that this only came because of a terrible situation … but we got a better tool through CPIC to our front-line officers to be able to intervene right away."

U.S. border agents have been using the Canadian database for the past 15 years to help screen passengers trying to enter that country.

Canadian governments had quietly been aware of the loophole in border security since at least 2002. Yet giving all front-line CBSA agents access to CPIC was considered too costly. There were also concerns that screening every traveller through the database might clog Canada's border crossings.

The idea has always been to process a traveller arriving in Canada in less than a minute, according to Fortin. He says border agents now have a much clearer picture of who they are dealing with.

In 2013 the southwestern Ontario woman demanded answers as to why a Nigerian priest she had accused of rape in 2004 was able to get back into Canada nine years later. Father Anthony Onyenagada left Canada before police could arrest him in 2004.

Police assured the alleged victim that Onyenagada would be arrested if he ever tried to return, because there were Canada-wide warrants out for his arrest. 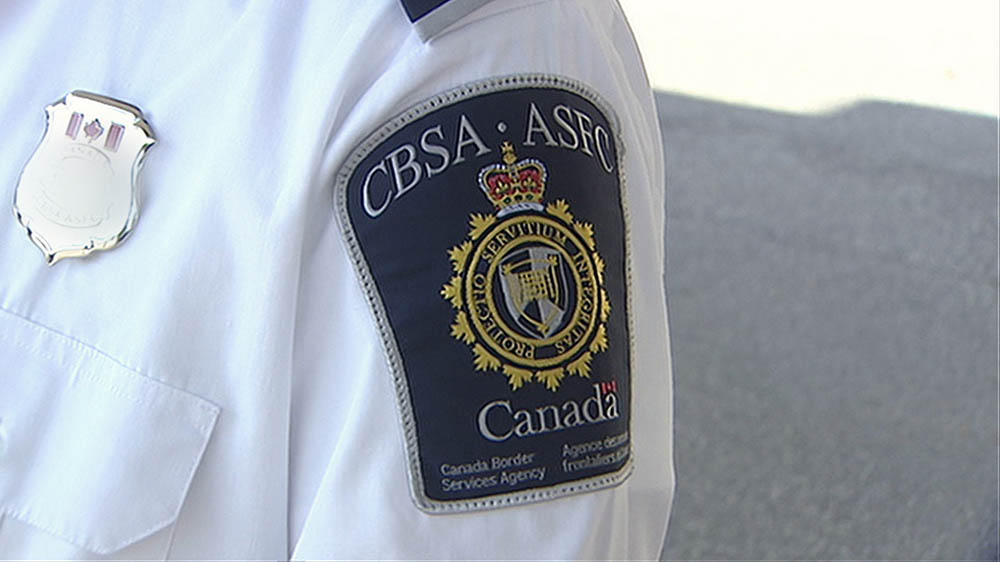 4 years ago
1:50
John Lancaster reports Canada’s borders have been tightened in the wake of a CBC News investigation 1:50

But in 2013 the priest did return to attend a Catholic church event near London, Ont.  Again, by the time police realized he had returned to Canada, he had slipped away a second time.

The CBC News investigation revealed federal government officials had granted Onyenagada a visa to enter Canada in 2013, and when he arrived at Pearson International Airport he breezed through customs because border agents didn't screen him through CPIC.

Now, with the changes in policy, a simple scan of his passport would result in him being arrested and handed over to police for prosecution on the 2004 charges.

Onyenagada's alleged victim told CBC News, "I think it's great news for the Canadian people. It's great something positive has come out of my story. It's also good to know people wanted by Canadian authorities are being captured at the border … but it makes me sick to my stomach to think how many others got in before."

"We were very sad to see how many people were able to go through the border then without being stopped who should have been arrested immediately."