Missing since their escape from a Toronto petting zoo nearly three weeks ago, one of the two missing High Park capybaras appeared for the cameras Friday. 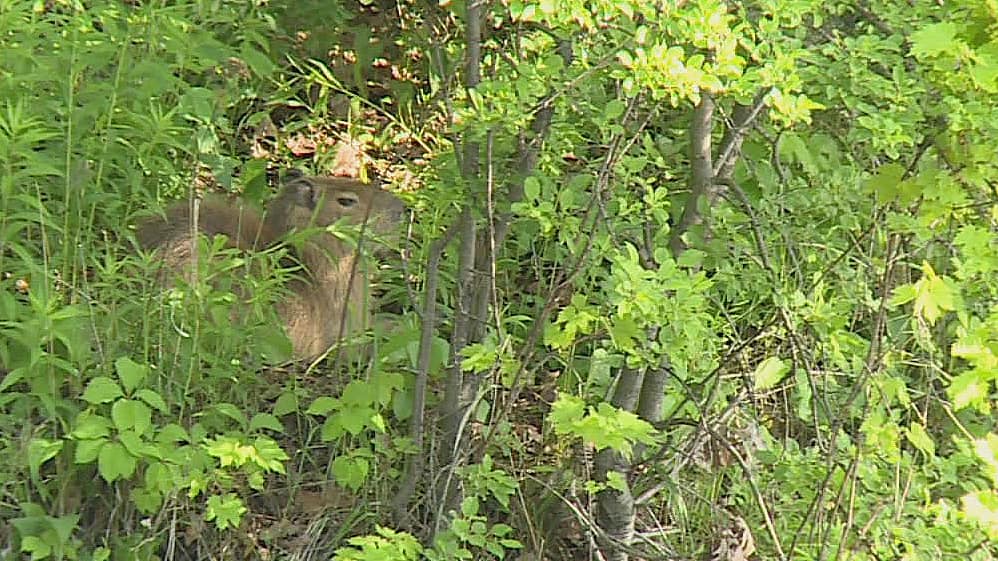 5 years ago
0:59
After almost three weeks on the lam in High Park, one of Toronto's now world-famous fugitive capybaras was captured on video Friday morning. 0:59

After nearly three weeks on the lam in High Park, one of Toronto's now world-famous fugitive capybaras was captured on video this morning.

A pair of dog-sized rodents has been roaming the west end park since escaping during a transfer at the park's petting zoo on May 24.

Sightings of the furry fugitives — dubbed Bonnie and Clyde by their now massive Twitter audience — have increased in recent days.

Friday morning, a CBC News camera captured one of the capybaras in a forested area at the southeast corner of the park, where the rodent proceeded to go for a swim in a catchment pond.