CBC Toronto's Meet the Neighbours series shows how residents of Aberdeen Avenue in Cabbagetown have come together to cook homemade meals for the less fortunate.

When residents of Aberdeen Avenue in Cabbagetown found themselves at home with some free time during the pandemic, they rolled up their sleeves and started cooking.

While many in the neighbourhood were locked down at home, community members say they couldn't help but think about less fortunate people who don't have a place to go home to or a proper meal to eat.

Michael Guenther, a local chef who was laid off in March, came up with the idea for the Aberdeen Avenue Sandwich Group to help those at Dixon Hall, a nearby organization that serves vulnerable and unhoused people.

"I asked, what can I do? Because I got lots of time," said Guenther. "They were expanding the lunch program because there is such a need. And [they] asked if I could make 50 sandwiches."

Making that much food was a tall order for one person so Guenther enlisted the help of his neighbours.

Victoria Hadden, leader of the Aberdeen Avenue Residents Group, put out a call for any volunteers who were willing to spend their time cooking homemade food for other community members in need.

More than 15 neighbours answered, and since the spring the group has been churning out nearly 75 sandwiches, baked goods and snacks every week. 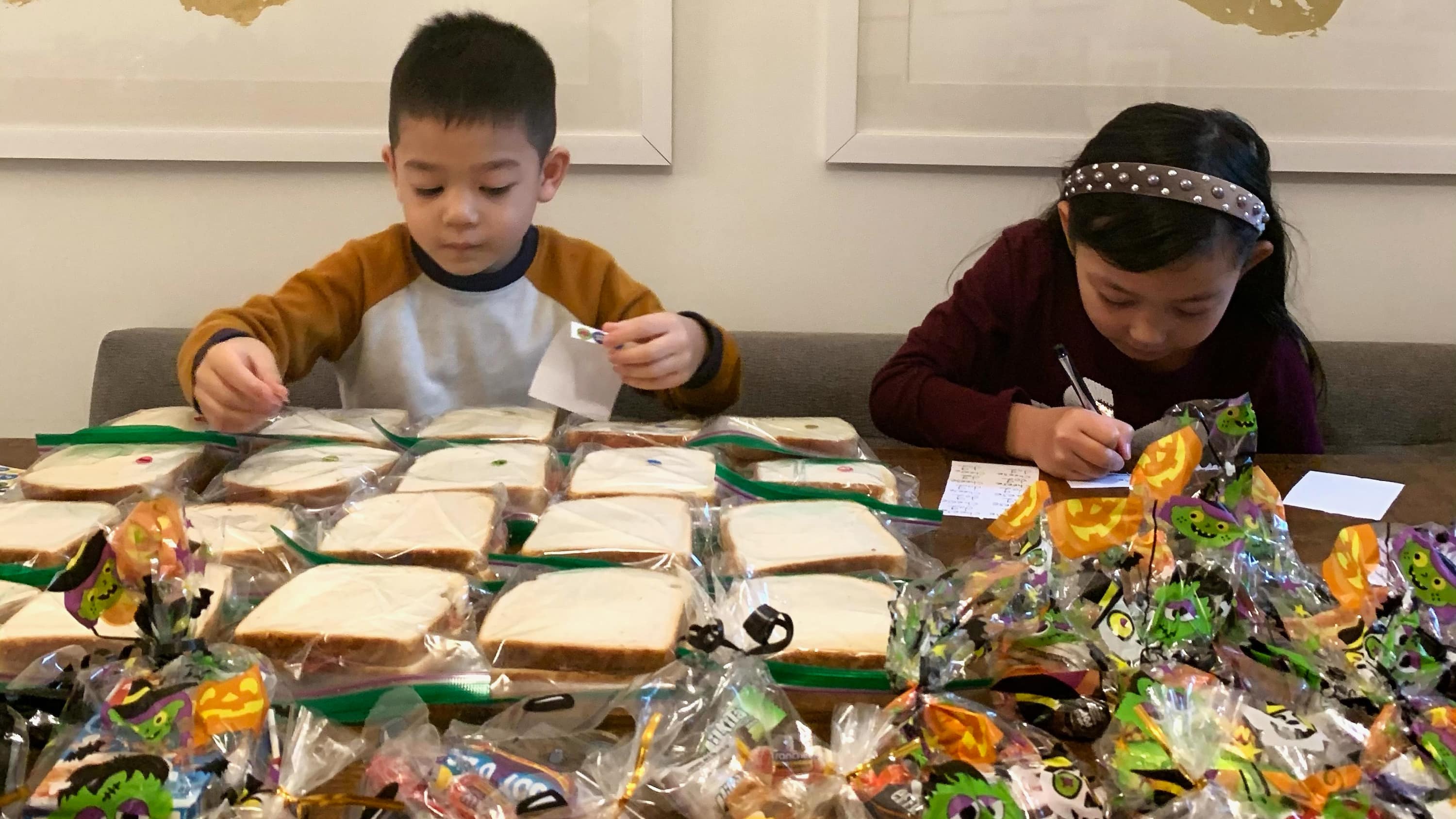 4 months ago
2:14
When residents of Aberdeen Avenue in Cabbagetown were locked down at home because of the pandemic, they started making sandwiches, baked goods and snacks for a nearby organization that serves vulnerable and unhoused people. 2:14

"Food insecurity at the best of times is an extremely large problem across the city of Toronto for at-risk individuals and homeless individuals," he said.

"Folks whose income is low access all kinds of our food programs and wherever it is, you can help to reach out and provide some support, be that through volunteering at a food program, be that through creating groups like the Aberdeen sandwich group or talking to employers can help greatly," he said.

Dixon Hall began as a soup kitchen in 1929, and since then has grown to provide many services for residents of east downtown Toronto.

They serve more than 10,000 people annually, impacting the lives of the most vulnerable and the most at-risk members of the community.

How have you grown closer to your neighbours during the pandemic? We want to hear and share your stories as part of our Meet the Neighbours series. Send an email to torontotips@cbc.ca.

Derick Deonarain is a producer for CBC News who grew up in the west end of Toronto. When he's not chasing breaking news you can often find him covering stories that meet at the intersection of culture, social justice, sports and art.