The federal Liberals have held onto the ridings of Toronto Centre and York Centre in Monday's byelections.

The federal Liberals have held on to the Ontario ridings of Toronto Centre and York Centre in Monday's byelections, according to preliminary results from Elections Canada.

In Toronto Centre, Liberal Party candidate Marci Ien, a journalist, won with 42 per cent of the vote, against 32.7 per cent for Annamie Paul, Green Party candidate and leader. The NDP candidate, Brian Chang, placed third with 17 per cent, with 144 out of 144 polls reporting.

In York Centre, Liberal Party candidate Ya'ara Saks won with 45.7 cent of the vote, against 41.8 per cent for Conservative Party candidate Julius Tiangson after a very tight race. The NDP's Andrea Vásquez Jiménez placed third with 5.8 per cent, with 143 out of 143 polls reporting.

Maxime Bernier and his People's Party garnered 3.6 per cent of the votes in York Centre, which is in Toronto's north end.

Both ridings are considered Liberal strongholds. The Liberals captured more than 50 per cent of the vote in both ridings in last fall's general election.

Ien said late Monday the first issues she will focus on after taking office will be housing and homelessness. She said people living outside need help because winter is coming. She also said she will take care of people in the riding as the second wave of COVID-19 continues to grip the city.

"The people of Toronto Centre have given me a mandate," Ien told reporters.

"I have to say to the young people, and I met a lot of them and a lot of them through these weeks who said: 'We don't see ourselves.' I want to tell all of them to a person: I will not leave them behind. You are looking at the daughter of immigrants who landed in St. James Town in the late '60s hoping to give their kids a chance. And here I stand. And if I can stand here, so can they." St. James Town is a neighbourhood in downtown Toronto.

Ien said she has spoken to her family and Prime Minister Justin Trudeau but not yet to Paul. 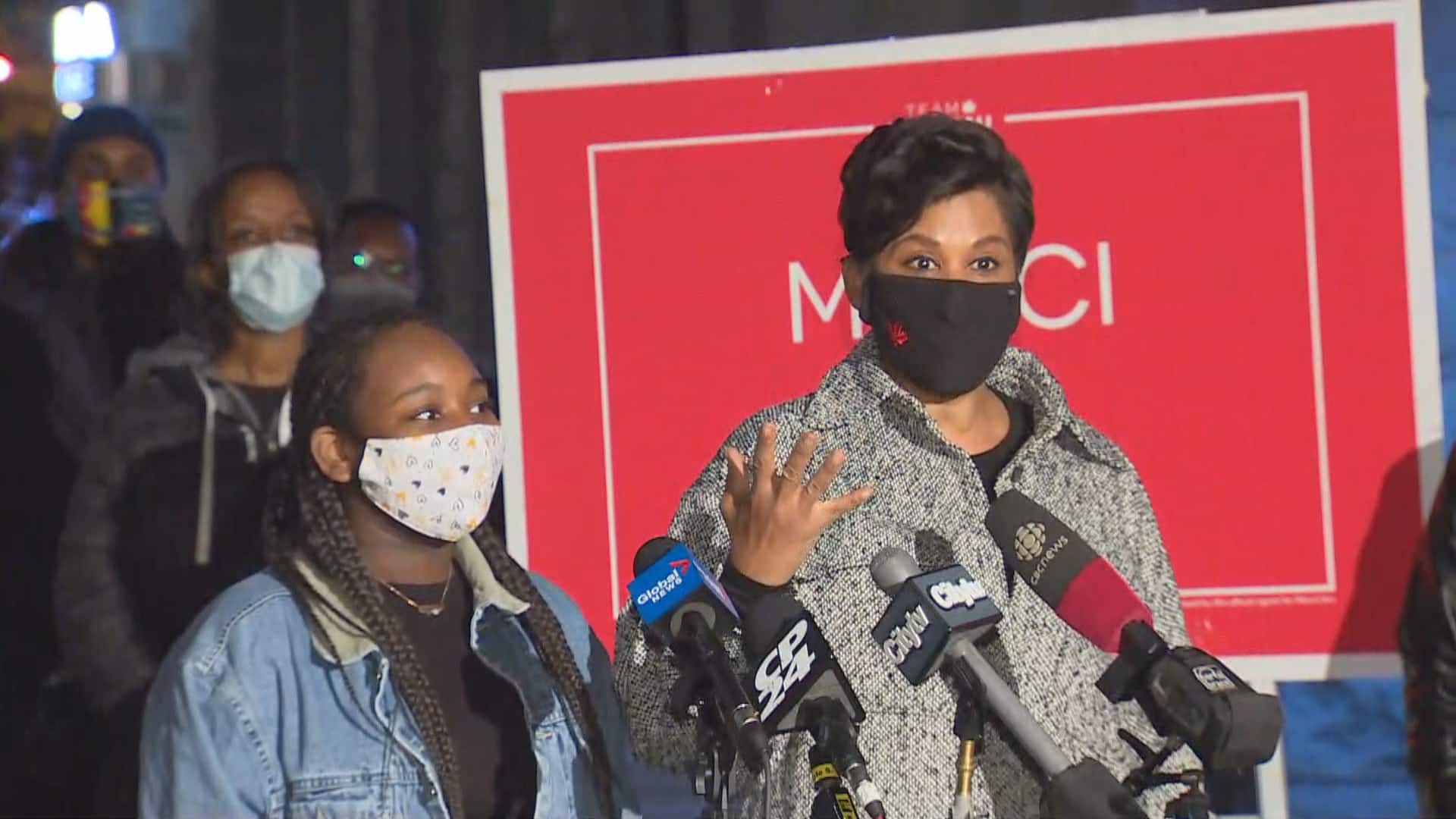 In a statement, the Green Party congratulated Paul for running an "extraordinary" campaign.

Saks is a co-owner of a yoga studio and director of a mental health charity.

Trudeau called the byelections for Toronto Centre and York Centre in September.

Poll workers were instructed to take the names and numbers of voters and noted their time of entry, in case contact needed to be traced. Poll workers were instructed to wear masks and face shields and rubber gloves were supposed to be available. Voters were encouraged to wear masks and to keep two metres apart. All polling places were to have hand sanitizer and disinfectant wipes.

Voters were allowed to bring pencils to mark ballots or use disposable pencils provided by Elections Canada.

"These two byelections are the first federal election events we've been able to deliver under these pandemic conditions. Obviously, we'll be taking notes, going back to the drawing board, if needed, trying to see what worked well and if there are any areas that could use improvement," Gauthier said.

Andrew McDougall, an assistant political science professor at the University of Toronto Scarborough, said byelections are a kind of referendum on the current government.

"Fairly or not, byelections are commonly interpreted as a statement on how a government is doing at the moment they are held. A win for the governing party is portrayed as a vindication of their agenda, while a loss is seen as an indictment of their program," McDougall said in an email on Monday.

"If they win, the Liberals will portray it as an endorsement of their policies. Losing them would be a big deal, however. It would be seen as a significant embarrassment for the Liberals," he said.

With files from Lorenda Reddekopp and The Canadian Press