A water main break in Etobicoke caused some basement flooding in Etobicoke early Monday. CBC's cameras were there as residents scrambled to save their belongings. 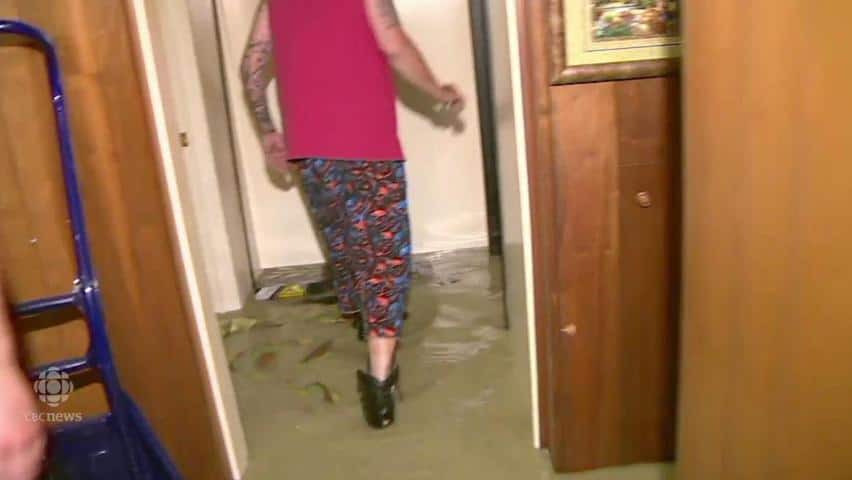 6 years agoVideo
2:31
CBC's cameras were there as Etobicoke residents scramble to save their belongings 2:31

Some homes in Etobicoke were hit by basement flooding early Monday after a city water main broke.

The affected homes are on Evans Avenue between Carson Street and Paula Boulevard.

One of the flooded homes was renovated five years ago after a similar flood.

CBC News cameraman Tony Smyth was there as residents scrambled to save their belongings from the rising water. Click on the image above to watch his video.

The city was working to locate the source of the break early this morning. Crews will be digging up the street to fix the leak.