Brampton mayor Patrick Brown has promised to build a monument to commemorate the lives lost in the Sri Lankan civil war after a memorial was torn down at a Sri Lankan university. 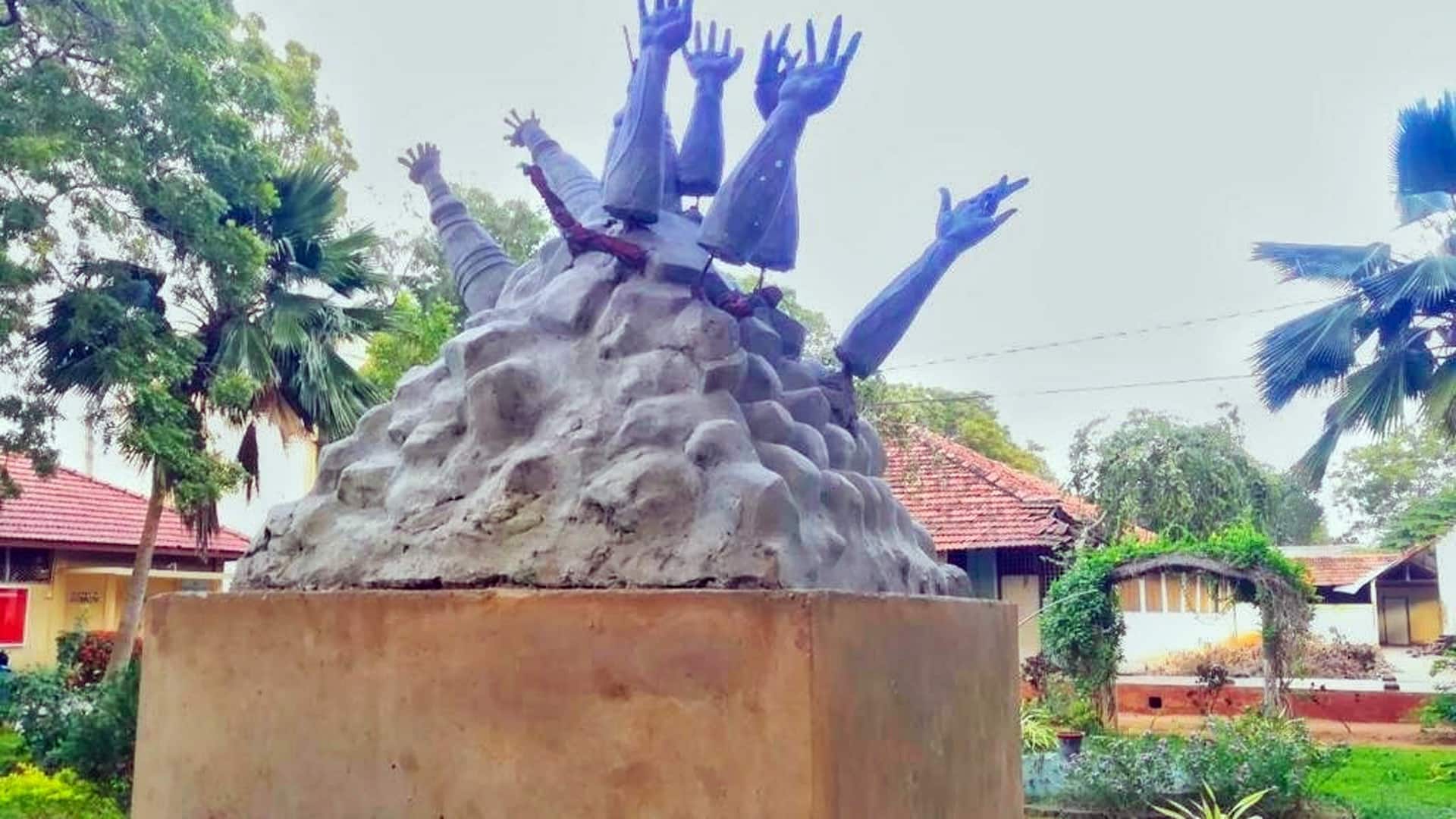 1 month ago
2:19
Brampton Mayor Patrick Brown has promised to build a monument to commemorate the lives lost in the Sri Lankan civil war after a memorial was torn down at a Sri Lankan university. 2:19

Brampton mayor Patrick Brown has promised to build a monument to commemorate the lives lost in the Sri Lankan civil war — what many people in the Tamil community call a genocide  — after a memorial was torn down at a Sri Lankan university.

The destruction of the Mullivaikkal memorial at the University of Jaffna two weeks ago —  a monument that was erected in 2019 to honour the lives of Tamil civilians who died in the war — led to public outrage from many Tamil diasporas across the world.

In response, Brown took it upon himself and his city to do good by the community.

On Wednesday, Brampton City Council unanimously voted to build their own memorial to commemorate the Tamil lives lost in the war.

"While there might be some people trying to 'whitewash' history in Sri Lanka and rewrite history — we can't stand for that," Brown said.

With January marking Tamil Heritage Month in Canada and the Greater Toronto Area being home to one of the largest Tamil diasporas in the world, Brown says this couldn't have come at a more appropriate time, or a more appropriate place.

Brampton Tamil Association president Benat Mariyanayagam says this was a significant step not only for Tamil people in Canada — but abroad.

Mariyanayagam said Jaffna University is a "cultural epicentre" for the Tamil community in its fight for freedom and its desire to honour the deaths from the war.

"What this shows is the Sri Lankan government is trying to erase the memory of the innocent civilians lost in the war," said Mariyanayagam.

He says the monument will be locally funded by the Tamil community.

"People of all walks not just Tamils, but people in Canada — Brampton in particular can look at this piece and remember their own past history, if they've been through a similar experience," Mariyanayagam said.

"We wanted to show them that their history is also our pain."

Brown said the response since announcing this move has been "overwhelmingly positive."

"Frankly it has given a lot of people hope that their story will not be forgotten," Brown said.

"There are so many Tamil-Canadians that have known a loved one who was murdered or raped and the horror stories should not be erased from history."

Brown added that that this is also part of Canadian history as the country took in refugees that fled the war.

Similarly, Vijay Thanigasalam, MPP for Scarborough-Rouge Park and Ontario Liberal leader Steven Del Duca were among Canadian politicians that took to Twitter in condemning the destruction of the monument.

Brown says the city will work with the community on the construction of this monument.

Brown says the goal is to have the monument built by May 18, a day often referred to in the Sri Lankan Tamil community as Tamil Genocide Remembrance Day.

Destruction of the <a href="https://twitter.com/hashtag/MullivaikkalMemorial?src=hash&amp;ref_src=twsrc%5Etfw">#MullivaikkalMemorial</a> is an attempt to erase history, and strip the Tamil community of their ability to mourn their losses. Ontario Liberals stand with leaders around the world condemning the appalling actions of those responsible. <a href="https://t.co/pEGUaCDZwI">https://t.co/pEGUaCDZwI</a>

With files from Dalia Ashry and Kirthana Sasitharan