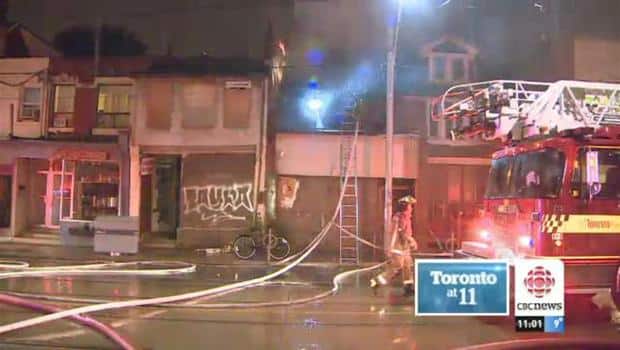 7 years agoVideo
2:17
A body was found after a fire at a Bathurst Street building. 2:17

Firefighters were called to a fire at 1002 Bathurst St., shortly before 5 a.m. When they arrived at the scene, smoke and flames were visible on the second floor.

The building where the fire broke out was abandoned, but some nearby buildings had to be evacuated as firefighters brought the fire under control.

The body was found hours later, during a search of the building, at about 5 p.m.

Toronto police say they are treating the fire as a suspicious event.

Det. Robert Choe said police are still trying to identify the deceased. An autopsy on the body has not yet been scheduled.

With a report from the CBC's Travis Dhanraj