Dozens of fans started lining up outside of Danforth Music Hall in the wee hours of Monday morning as they vied to get the best seat possible for a Justin Bieber acoustic benefit concert in the evening. 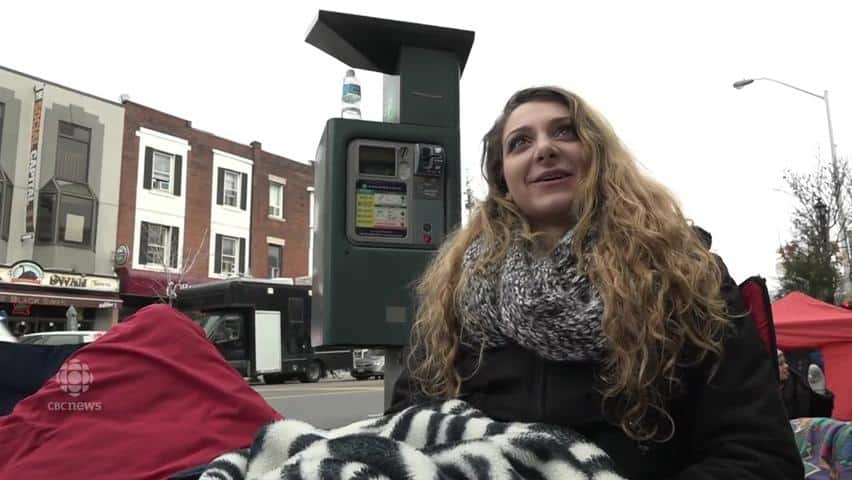 5 years agoVideo
0:27
Justin Bieber is set to perform in Toronto tonight to benefit an outreach centre in his hometown of Stratford, Ont. 0:27

Dozens of fans started lining up outside of Danforth Music Hall in the wee hours of Monday morning as they vied to get the best seat possible for a Justin Bieber acoustic benefit concert in the evening.

"I want be as close as possible to him," said Nicole Stoikos of Milton, who showed up to camp outside the venue at 1 a.m. "It's a dream of mine to be like intimate with his performance since its acoustic."

The Danforth Music Hall is an intimate venue by Bieber standings, with capacity for just over 1,500. The show is general admission, so fans can get a better seat by showing up earlier.

Proceeds from the concert will go the Stratford House of Blessing, which has a food bank and services to help those in need.

The organization says Bieber's mother used its services when he was little.

The 21-year-old pop superstar has helped out the group before.

Last year, he and his grandmother donated several of his childhood items for the group to auction off on eBay. Bieber has also donated $10,000 to the group.

Toronto police confirmed there would be police presence at the event for security.

"The measures that we take will depend on the size of the crowd — safety, as usual, is our key goal," said Const. Craig Brister. "If the need arises lane closures could become an option."

Tickets for the show were snapped up within minutes by fans.

Dozens of disappointed beliebers, who were unable to score tickets, argued they were snatched by scalpers. There are already several listings on StubHub, pricing the tickets at $400 and well into the thousands. They were originally sold at $100 apiece.

Bieber has been riding high on the charts with his new album Purpose, which includes the hits Sorry and What Do You Mean.